'I am incredibly proud': Founding member of Des Moines Social Club says news of the club's building sale is bittersweet

The transition board announced plans to sell the Des Moines Social Club's building earlier this month after years of financial struggles. 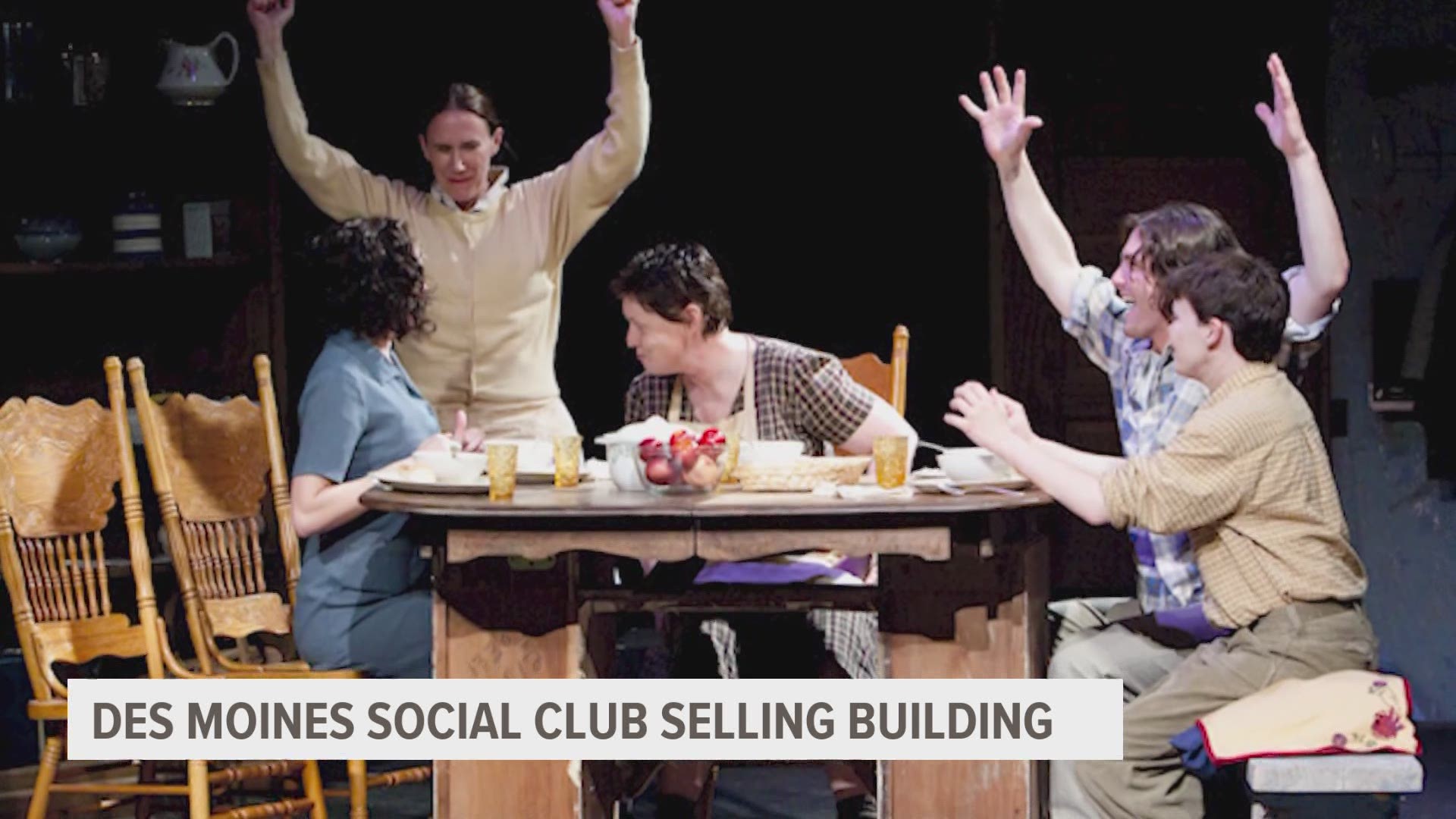 DES MOINES, Iowa — The Des Moines Social Club’s time in the city is ending after the club’s transitional board announced they’re selling their building.

"I am incredibly proud when I think about the legacy of the Social Club,” said Matthew McIver, the Des Moines Social Club’s founding artistic director.

It's a club that has cultivated and hosted many of the area’s great artists.

"However they were connected to it – whether they were volunteers or staff or artists – they were inspired by it and they went out and they launched their own amazing things,” McIver said. “Like Max Wellman with Noce, Sid Juwarker with Teehees [Comedy Club]. All of those guys came through the Social Club at one point or another."

McIver helped launch the club in 2008.

The club has moved a couple of times and is currently located in the old Des Moines Fire Department headquarters.

Last year, there were efforts to revamp the space, but plans got put on hold once the pandemic hit.

"I don't think it was the sole issue, but it certainly made it difficult,” said Paul Rottenberg, a member of the Des Moines Social Club Transition Board.

Rottenberg said the decision to sell wasn’t an easy one to make.

"We spent a lot of time,” Rottenberg. “This board met every two weeks for well over a year reaching out to every segment of the community to try to put the puzzle pieces together to try to execute what the original mission was."

Money from the sale will be used to create an endowment at the Community Foundation of Greater Des Moines to support arts, culture and community in the area.

Rottenberg, who is also an operating partner at Malo, said the restaurant will be sticking around after the sale.

Malo is located in the same building as the Des Moines Social Club.