Court Avenue Entertainment District to be open for 2 more weekends

Spokesman Jon Cahill with the Polk County Board of Supervisors told Local 5 the last day of the entertainment district will now be Sept. 18. 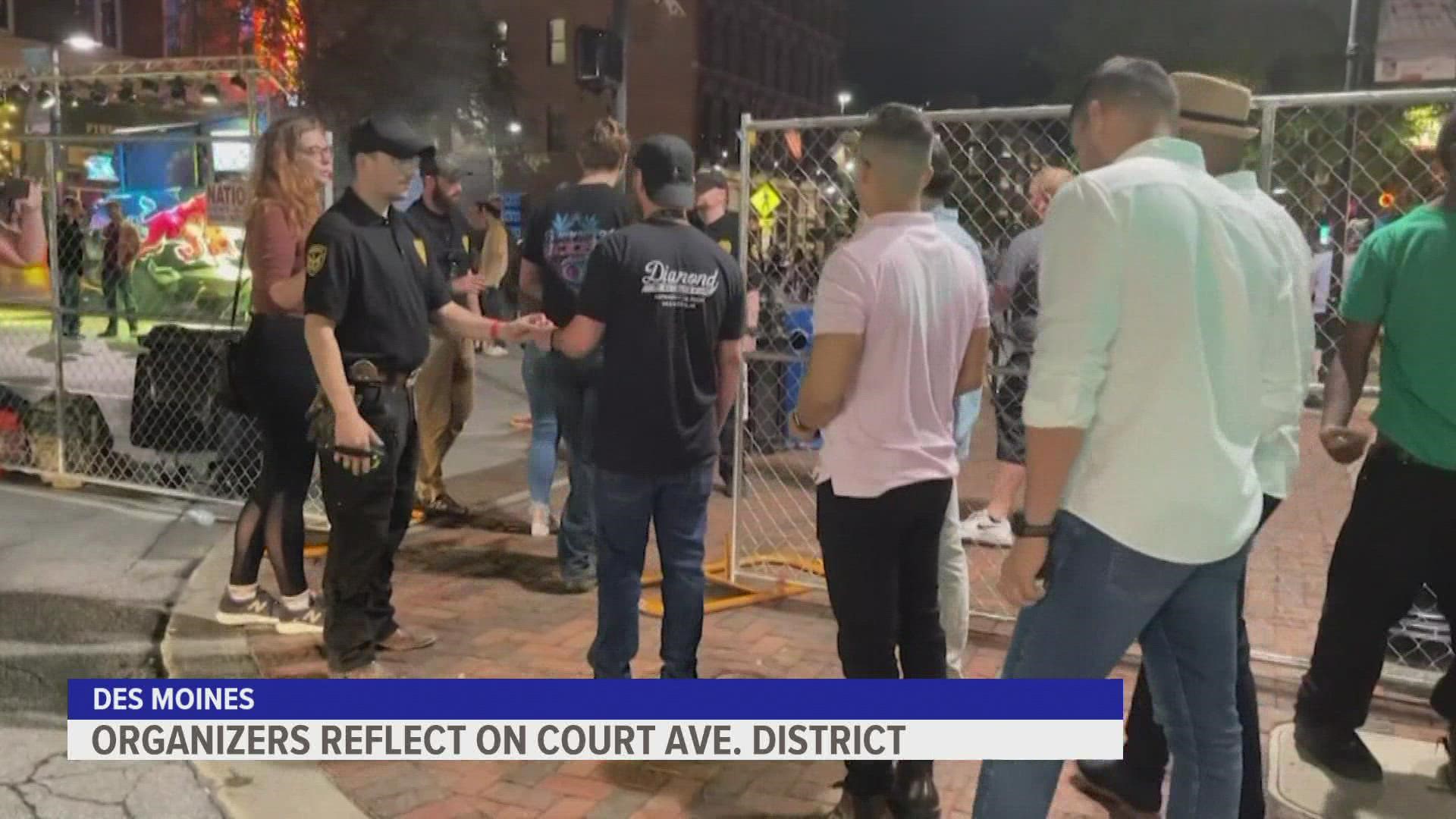 DES MOINES, Iowa — EDITOR'S NOTE: The video above is from Aug. 31

The Court Avenue Entertainment District will keep the party going for two more weekends, according to a county official.

Spokesman Jon Cahill with the Polk County Board of Supervisors told Local 5 the last day of the entertainment district will now be Sept. 18.

Back in August, Polk County Supervisor Tom Hockensmith said he hoped to extend the entertainment district past Sept. 4, when it was supposed to end. He also said he hoped to see it last through October.

Since its establishment in May, no one has been injured in a shooting in the entertainment zone. The area was designated to create a safe environment for people to go out and enjoy downtown Des Moines during the weekend.

The two-block area of Court Ave. surrounding 3rd Street is fenced off from traffic from 9 p.m. to 2 a.m. on Fridays and Saturdays.

The road closure allows the 21 and older zone to be open for people to enjoy live music, vendors and their favorite bars and restaurants. It also allowed for establishments to expand patio seating.

No one is charged to be let into the district, but they do have to show their ID before going in.

It did bring some success for businesses in the area. Local 5 spoke to Fallon Fasanella, the general manager of Blue Sushi Sake Grill, who said the district attracts a new crowd but it's not perfect.

"The concert starts at 8 or 8:30 and there's not a lot of people out there," said Fasanella, "I think they could put the fences up and get started later."