The Iowa State Fair, RAGBRAI, Iowa Cubs baseball, and events at the Iowa Events Center were cancelled, postponed, or modified during the pandemic. 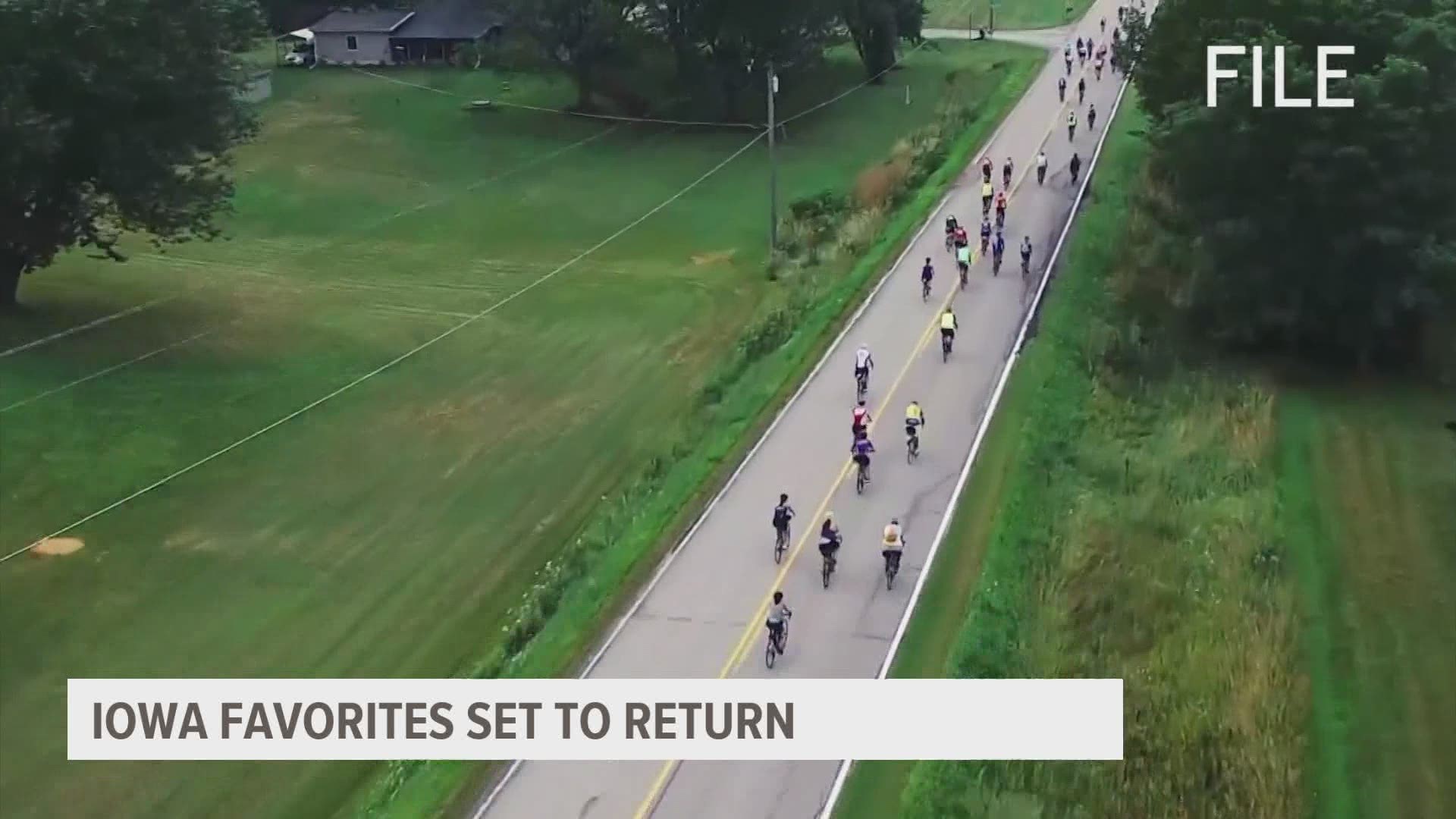 DES MOINES, Iowa — More than one million doses of COVID-19 vaccines have been administered in Iowa. And on Thursday, President Biden called for vaccines to be available to every adult in the country.

As the course of the fight against the pandemic changes, local events and venues are having to decide how to move forward.

Now, as things look up, what can you expect?

RAGBRAI announced earlier this week that registration is now available for their ride in July.

"It's been constantly a lesson in flexibility and making sure that community members felt comfortable with what our decisions were," said Anne Lawrie, marketing director for RAGBRAI.

According to Lawrie, capacity will still be 15,000 as it has been in years past. Masks will be required for staff and volunteers but not for participants.  And sanitation will be front and center with hand sanitizing stations and more restroom facilities along the route.

The Iowa State Fair is scheduled to come back in August.  Right now, organizers are ready to say exactly what pandemic-protocols will be in place.

"Here in mid-March, I'm not prepared to tell you exactly what it's going to look like, but I can tell you it will look a lot better than we thought it as going to look just three or four months ago," said Gary Slater, CEO of the Iowa State Fair.

According to Slater, there will be added sanitation measures including hand washing and sanitizing stations.

"We're also looking at consumer comfort. Consumers have to be comfortable that they're going to be in a safe environment," Slater said.

Major venues in downtown Des Moines have been operating with modifications since June, but they haven't said when their restrictions might ease.

"Everything is changing at a rapid pace, so we just have to listen to what the experts are saying as each event comes up," said Adam Flack, who manages the Iowa Events Center.

The Iowa Cubs, meanwhile, announced this week that their season would start a month later than expected.  While their capacity will be restricted once the season starts, the team hopes to return to normal levels by the end of summer.

RELATED: Play Ball! What to expect from the Iowa Cubs 2021 season