There's more than just tulips to see during the Dutch heritage festival— the folks behind the scenes bring out even more color to flaunt. 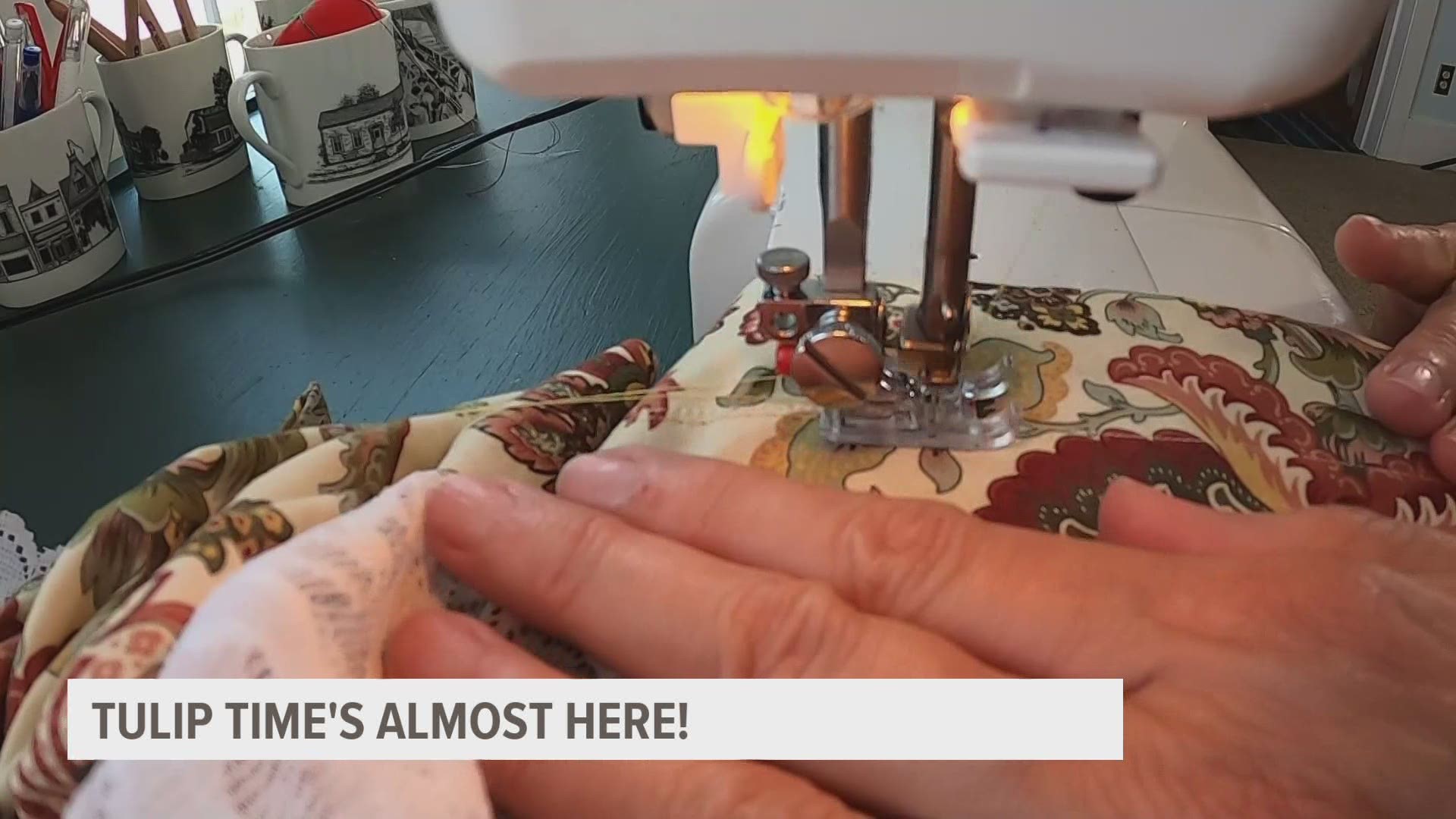 PELLA, Iowa — After COVID-19 forced organizers to cancel the yearly tradition last year, Pella's Tulip Time is back on for its 86th annual festival next week.

Tens of thousands of tulips are planted around the city, with some of the best being displayed along Tulip Avenue in Central Park and Sunken Gardens Park, showing off the community's beautiful colors.

"Pella comes together to pull this off," said Jackie Craver, one of the designers and crafters.

But there's more than just tulips to see during the Dutch heritage festival— the folks behind the scenes bring out even more color to flaunt.

The three-woman team at Custom Costumes

The traditional Dutch attire worn by the Tulip Queen and other royalty during the festival represents how each village in the Netherlands had its own style.

"We have lots of different parts that go to each costume and each costume is different in that way," said Carol Verhey, who also crafts these costumes. "But every part is very important for the overall look of the costume."

While it takes a while to craft these intricate garments, Craver said it's worth it.

Tulip Time starts on May 6 this year. Things will look a little different due to the pandemic. Click/tap here for the schedule of events.

Watch: Tulip Time may be canceled, but that won't stop the flowers!