To complicate things further, there is also an ongoing drought that may impact whether or not you'll be allowed to shoot off any fireworks this Fourth of July. 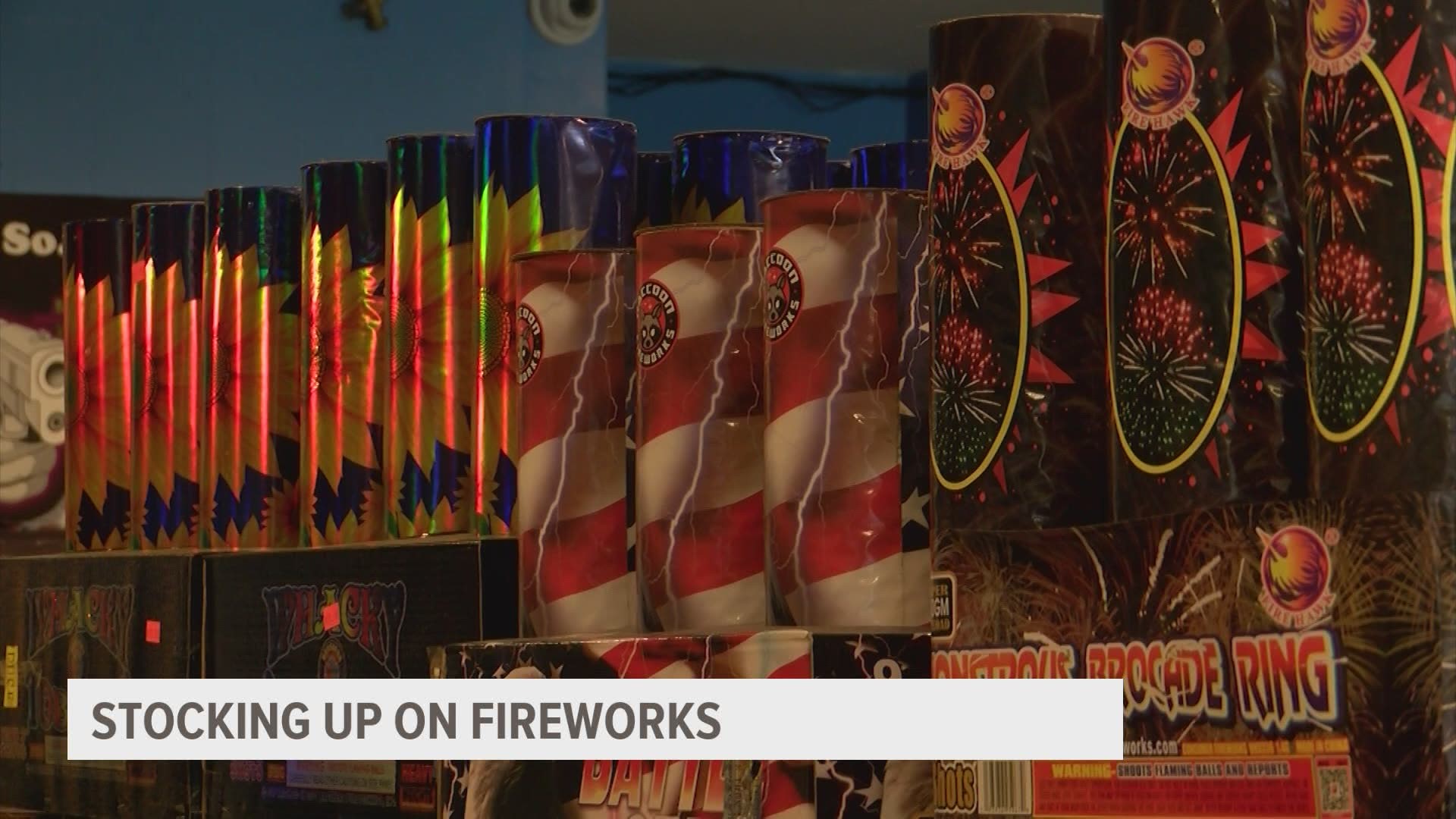 MITCHELLVILLE, Iowa — The hunt for a dazzling fireworks display this Independence Day is on, but Iowans may come up short in finding their pyrotechnics.

One farm packing quite a bang in central Iowa is Sipma Farms in rural Mitchellville. The shelves there are packed for now, but owner Tim Sipma said that could change quickly.

"We've gotten to a point where we've got a great diversity of fireworks that are in high demand," Sipma said. "And so we stocked up on that for the beginning of the year. And we can just ride the roller coaster."

Restocking those shelves, however, is a bigger concern.

"What we've got is basically what we can get for the season. So there is a huge shortage across the country," Sipma said. "And it's something that I've never seen or never heard of before. And the people that we work with at the supplier's... they've never seen it before, either."

RELATED: National firework shortage: What this means for those planning their own show

To complicate things further, there is also an ongoing drought that may impact whether or not you'll be allowed to shoot off any fireworks this Fourth of July.

"We're at a higher possibility of having fires and incidents when it's dry and hot in these conditions and fireworks will only add to that," explained Division Chief Craig Fraser, Ankeny Fire Marshal.

Fireworks are legal in Ankeny for the holiday, but Fraser said he's worried the lack of rain could impact what residents are allowed to use.

"There is always that possibility if extreme dry conditions continue, we could actually put a burn ban, and actually say that fireworks would not be allowed this year," Fraser said. "However, we try not to do that because we want people to enjoy them."

Fraser did give a few tips for folks planning to shoot off fireworks this year:

RELATED: What you need to know about fireworks before the Fourth of July