The debut of "Six-Gun Sorcery" is digital in the form of a social media event on Twitter. 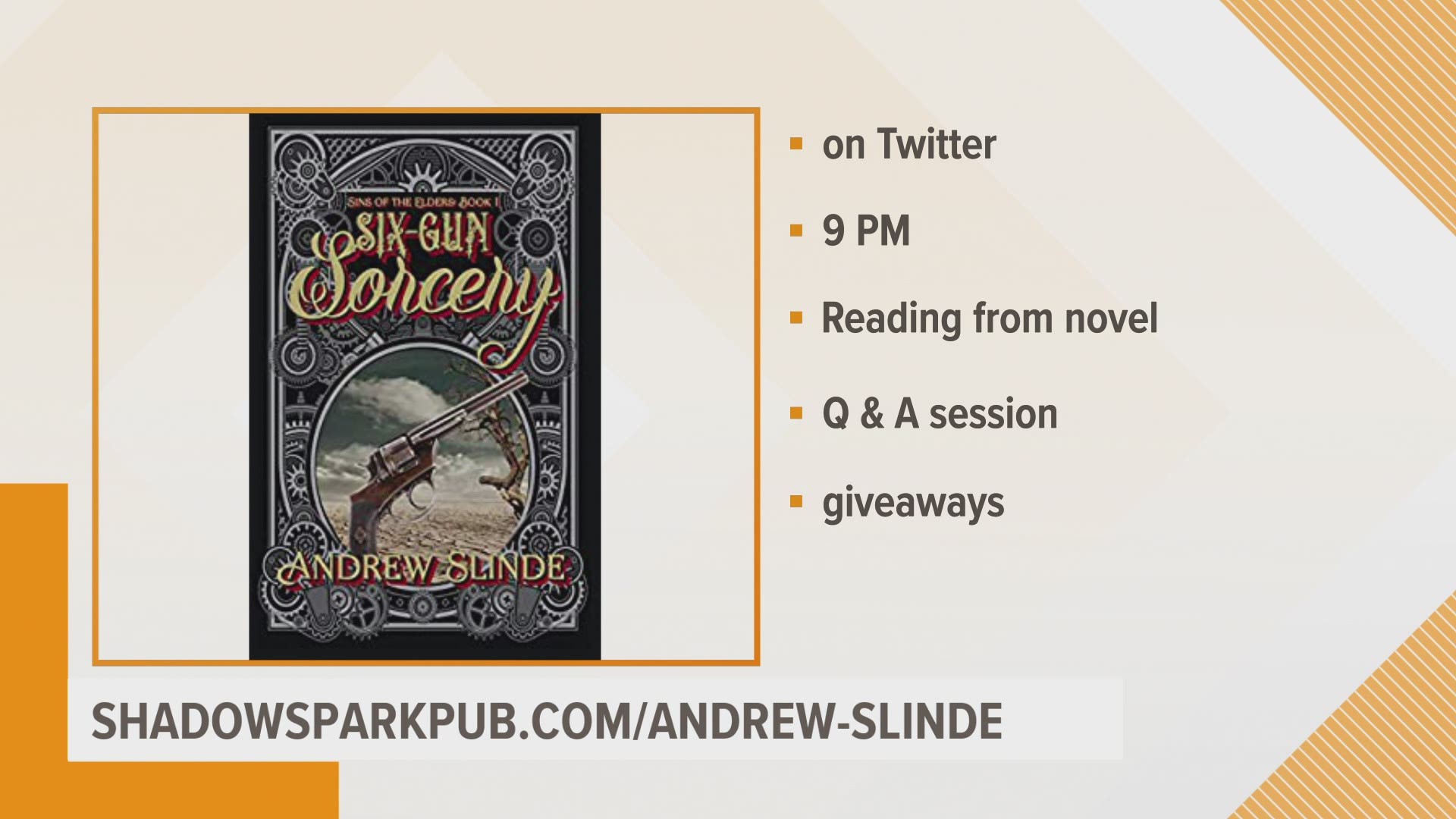 Due to the pandemic the debut will be an event held live on Twitter at 9pm, Wednesday, Feb. 17. It will include a reading from the novel as well as a Q & A session and giveaways for merchandise and exclusive, in-universe short fiction.

Even though the book, "Six-Gun Sorcery," is based on an imagined future, author Andrew Slinde admits, "I do end up covering many of the issues we are dealing with today.

This is the first of many novels in this series and it is already being compared to Stephen King's "The Dark Tower" series.

More details on the debut Twitter event and book can be found at shadowsparkpub.com/andrew-slinde.