Historians believe the trend of wearing white in the summer started centuries ago as a simple way to stay cool. 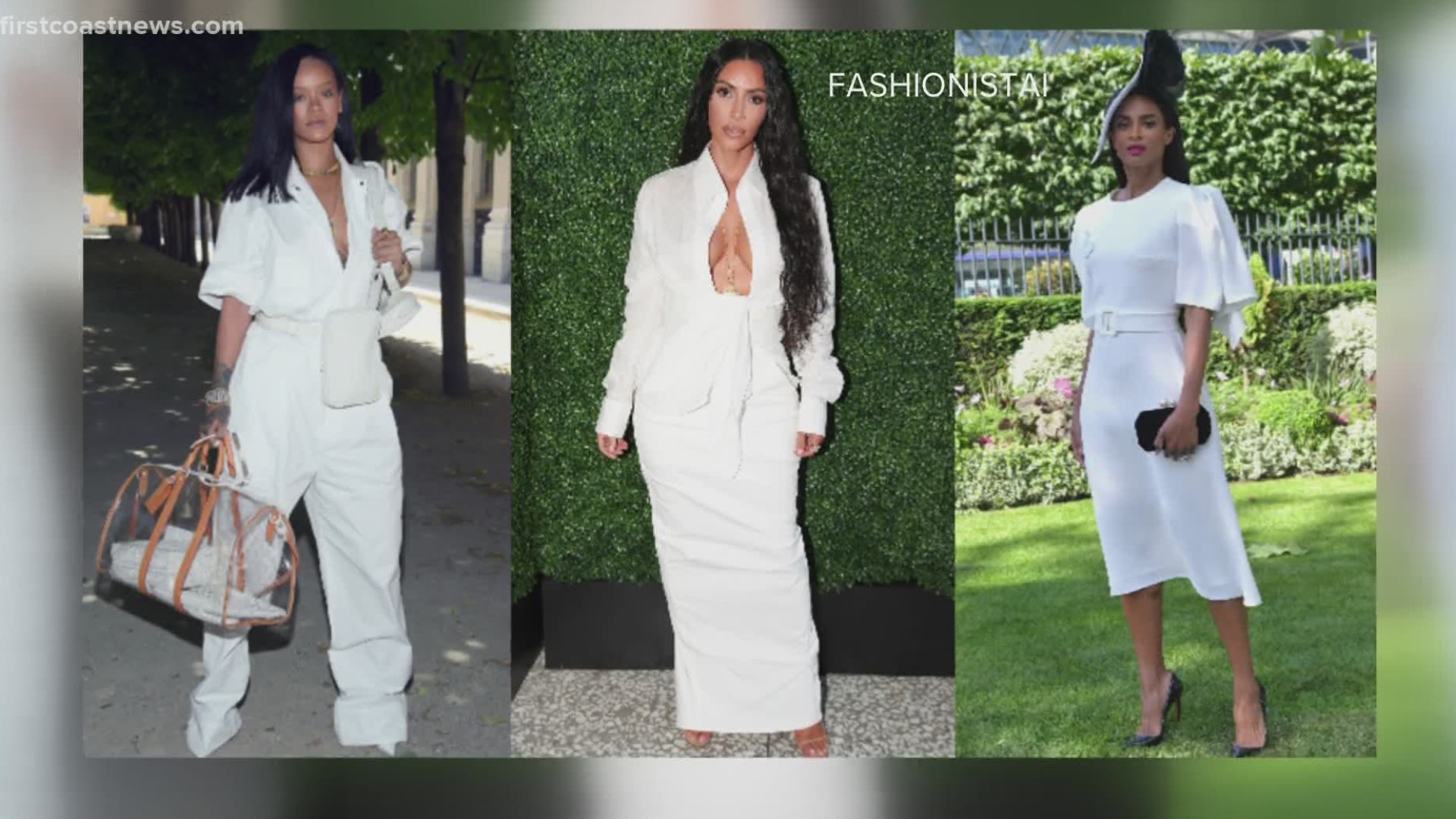 JACKSONVILLE, Fla. — It’s a topic that has the internet divided every year — wearing white after Labor Day. Fashion experts say it’s 2020, and there are no rules. So don’t feel bad for wearing your white pants in the fall and winter.

Here’s the Buzz: Historians believe the trend of wearing white in the summer started centuries ago as a simple way to stay cool, according to TIME Magazine.

By the 1950s, people started packing away their white clothes by Labor Day, the unofficial end of summer.

But, some say the working middle class wore darker clothing, while the elite wore white clothing, as a way to show divisive affluence.

Hollywood stylist, Karla Welch says times have changed. She encourages people to "ditch the rules," but says it's important to be sure the fabric is suitable. “Linen pants, not so much. Linen jackets definitely still work,” Welch told CNN.

This topic is sparking a lot of conversation on social media. Michelle Studt commented on Facebook saying she believes it’s appropriate to wear white after Labor Day if you live in Florida. “This is such an old fashioned ‘rule’ and it needs to go,” Studt said.

Winter Sutton chimed in saying there’s no harm in wearing neutral or wither white. “We wear lighter colors because it is warmer longer, but post-thanksgiving-summer white should be completely packed away,” Sutton said.

Of course, the choice is yours. The fashion police won’t stop you at the store if you’re wearing white in January. Plus, many believe there are no fashion rules in Florida – let’s face it, we barely feel all four seasons.

We always invite you to chime in online using #GMJ! Let us know if you wear white after Labor Day.