"It's about you being you and you being right, for the part," David Michael Garry said of performing. 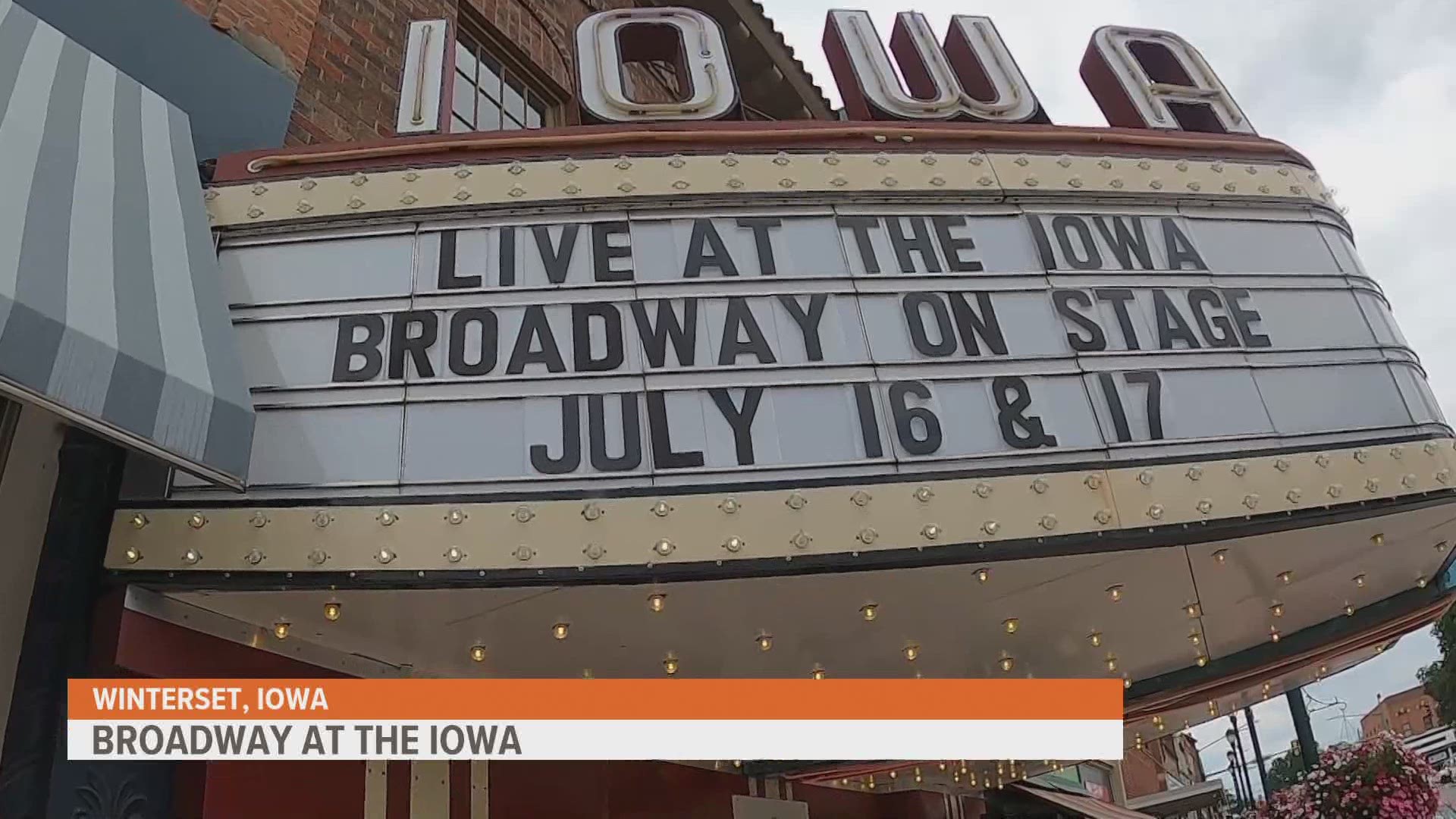 As Broadway continues to sit dark for a little while longer, four Broadway performers are lighting up the historic Iowa Theater stage in Winterset this Friday and Saturday for special performances.

But it's not just about an opportunity to perform once again, it's a chance for the community to work one-on-one with a true professional.

"It's a benefit for the theater, but I want to show these performers how much we appreciate them coming out of the goodness of their hearts, and just, you know, experience something that we're never going to experience quite in this way again," said Marianne Fons, who is on the theater's Board of Directors.

And for performer David Michael Garry, he is already showing excitement of being in front of a live Iowa crowd.

The multifaceted performer, who started out with a passion in playing the trombone, was encourged in college to pursue his singing talents and has since peformed on stages around the world. Now it's time to share his knowledge of the business and passion of the arts with others.

RELATED: Diversity, firsts and more facts from the Emmy nominations

Students of all ages are encouraged to sign up for a chance to sing, act or have a conversation about performing and leave with a better focus on who they are, and how to do what they do in the world of the arts

If you are interested, the master class is this Sunday with a tailored one-on one-time with Michael Garry.