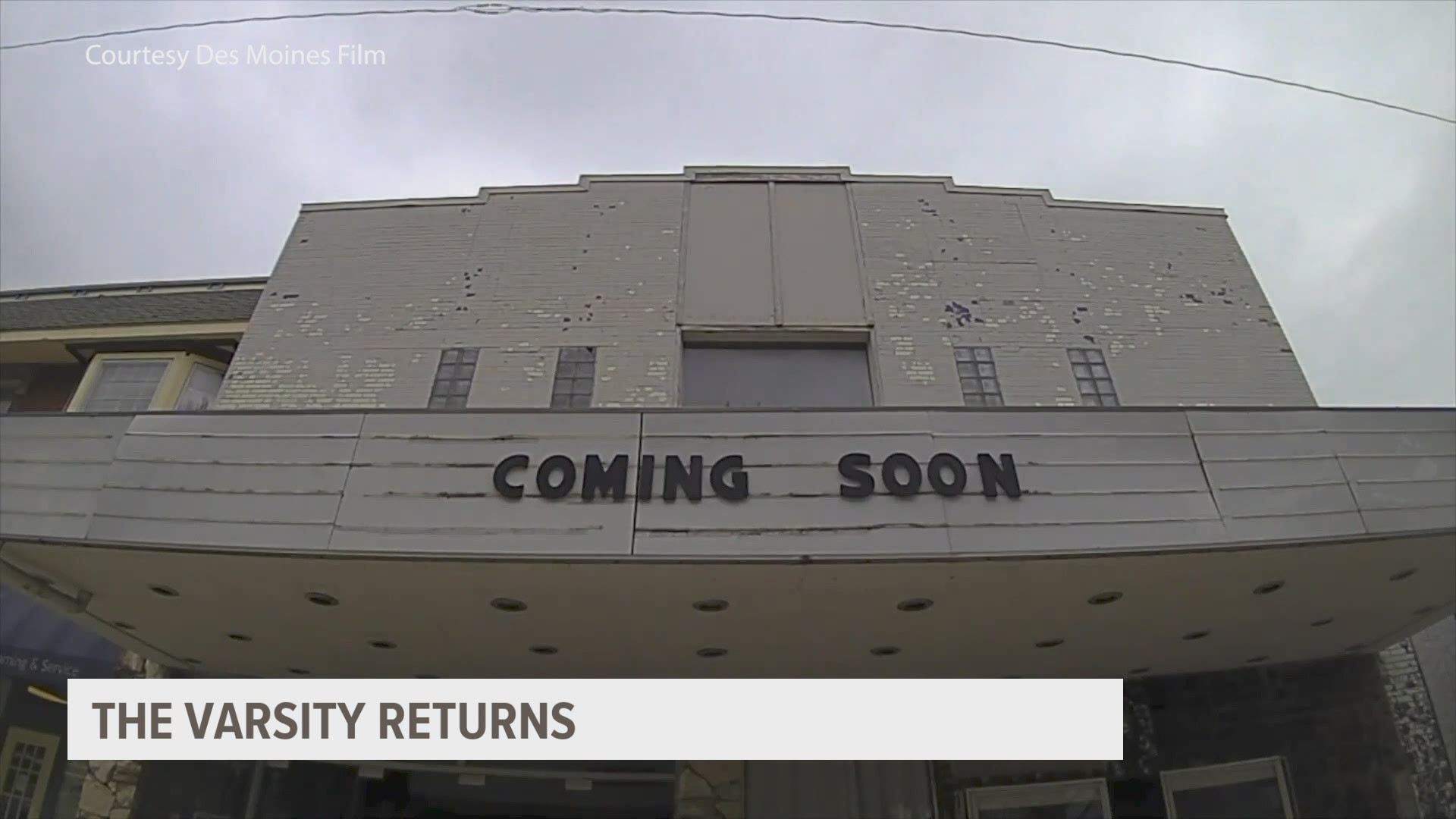 DES MOINES, Iowa — The Varsity Cinema is getting a facelift.

The iconic movie theater in Des Moines closed a few years ago, but now Des Moines Film is taking over and has big plans.

New concessions, ticket booth, bathrooms, and adding an elevator are just a few of the changes you will see.

"When The Varsity closed, I think it was a huge loss for really for film lovers because there was nowhere else that showed those kinds of films," Capital Campaign Co-Chair Pat Schneider said.

They will also add a second screening room that will seat a few dozen people. This can be used for smaller screenings, educational programming, and community events.

"The Varsity is going to be a destination and a cultural hub as part of a district revitalization," Des Moines Film President Michael Wagler said. "And that creates strength for not only us as an organization and us as a theater, but for the entire community to grow and strengthen."

The capital campaign kicked off this month and they are looking to raise $3 million.