Learn about Brad's career passion for weather, and hear his wife Alicia talk about their journey to WOI-TV. 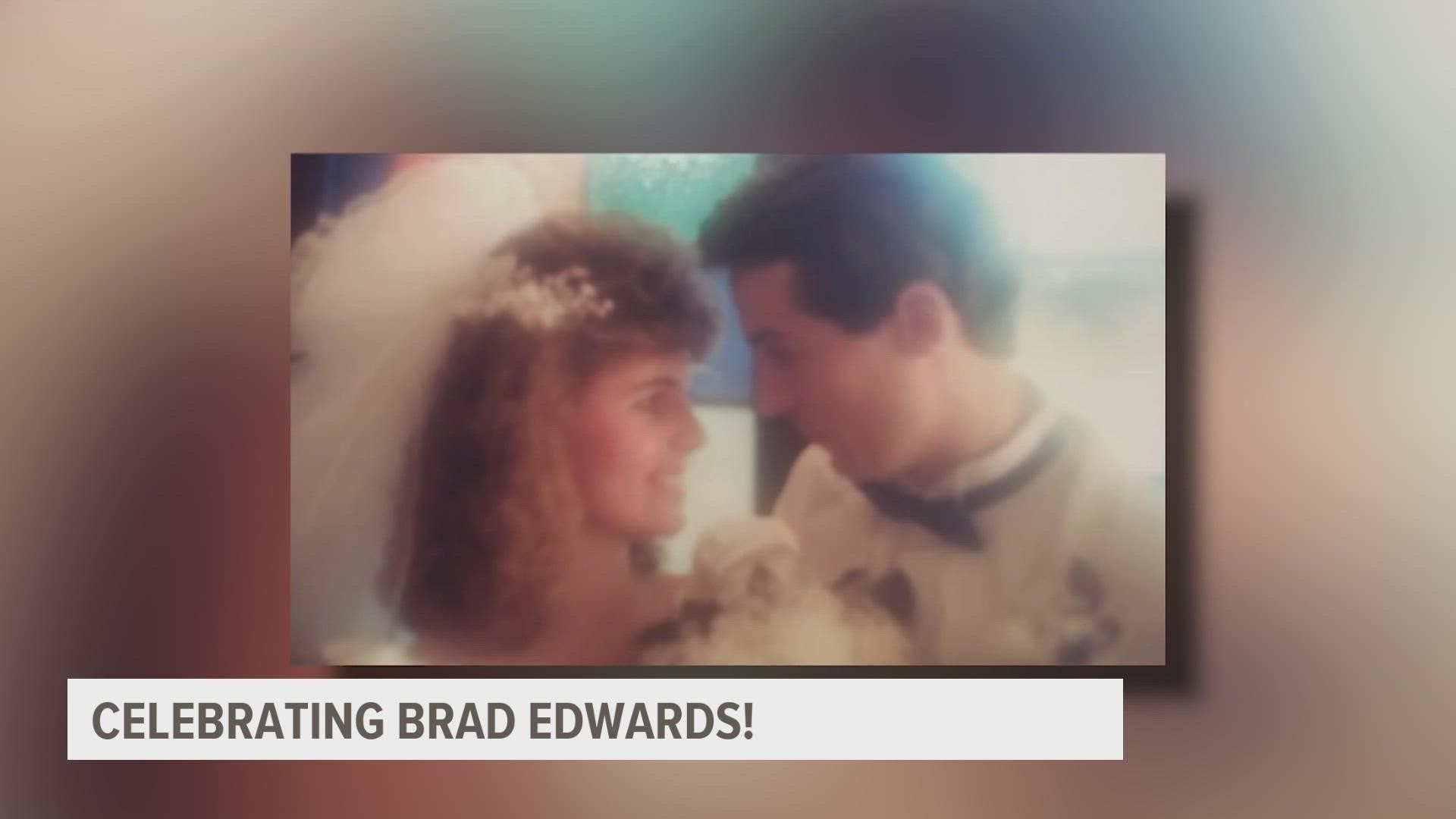 Sept. 16 marks the day he started at the station 25 years ago.

His wife, Alicia, has been by his side the whole time.

They first met when she was a freshman at Iowa State University and working at a laundromat. Brad came in and asked Alicia out, but she "declined, nicely."

But the next year, Alicia was taking a meteorology class, and they reconnected.

"I knew that was Brad's major and I'm like hmm, maybe I'll call him and see if he can help me with this class," she said. "So I did, and from there we started dating."

Brad's first TV experience came during his senior year of college when he worked at Local 5 doing morning weather cut-ins. He graduated in 1987 and took his first job in Florida. His next opportunity took the couple to Topeka, Kan. where they got married and had two kids.

He then took a job at The Weather Channel.

"Brad's hours at The Weather Channel were terrible," Alicia said. "We think working evenings in local TV is bad, he worked 6:30 in the evening until 3:30 in the morning."

Alicia is originally from the Huxley/Slater area, and Brad is from Earlham. So when Local 5 called with the chance to come back home to central Iowa, they jumped at it.

"One of the things that I think about when I think about Brad and his personality with his job is every morning he gets up and immediately, the first thing he does is he looks at his phone," Alicia said. "Doesn't matter what day it is, doesn't matter if we're on vacation. He's kind of looking at his phone: 'Hey, what's the weather going to be like today?'"

"I can remember many nights where rather than asking the station to get a hotel room or whatever, especially in winter, with the snow and everything, he would bring a sleeping bag and either sleep on the floor of the studio or on the couch and just stay the night so he was there to be able to provide the coverage for the viewers in central Iowa," she said.

She admires his dedication to this day.

"You don't think you're ever going to stay somewhere for 25 years in this business. You know, I just want him to know how much the kids and I are so proud of him. And we love him and can't imagine not doing this life with him," Alicia said. 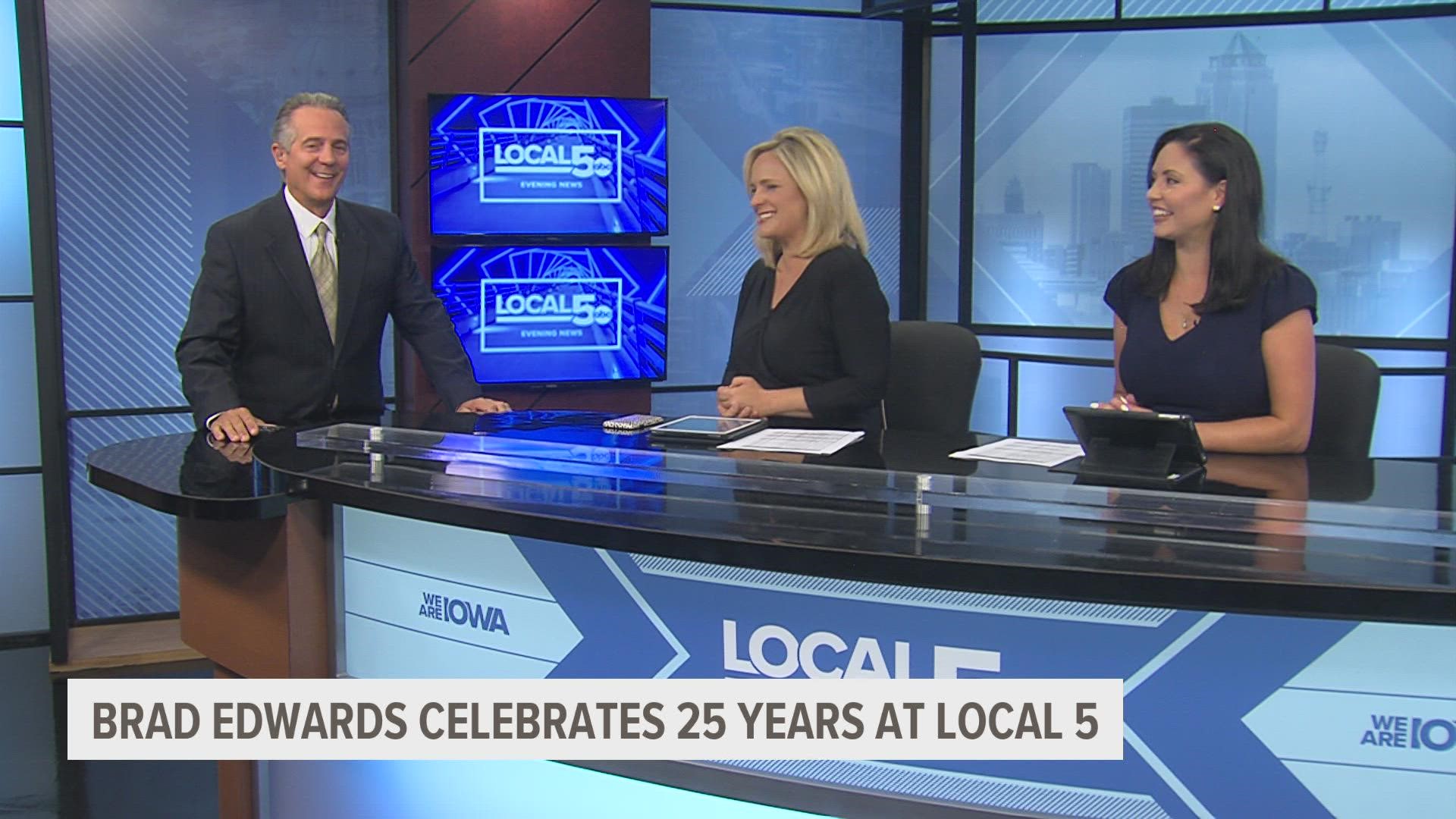 Yearbook flashbacks and his *own* day in Earlham

A personal message from the Local 5 Weather team