The promise was made five years ago. 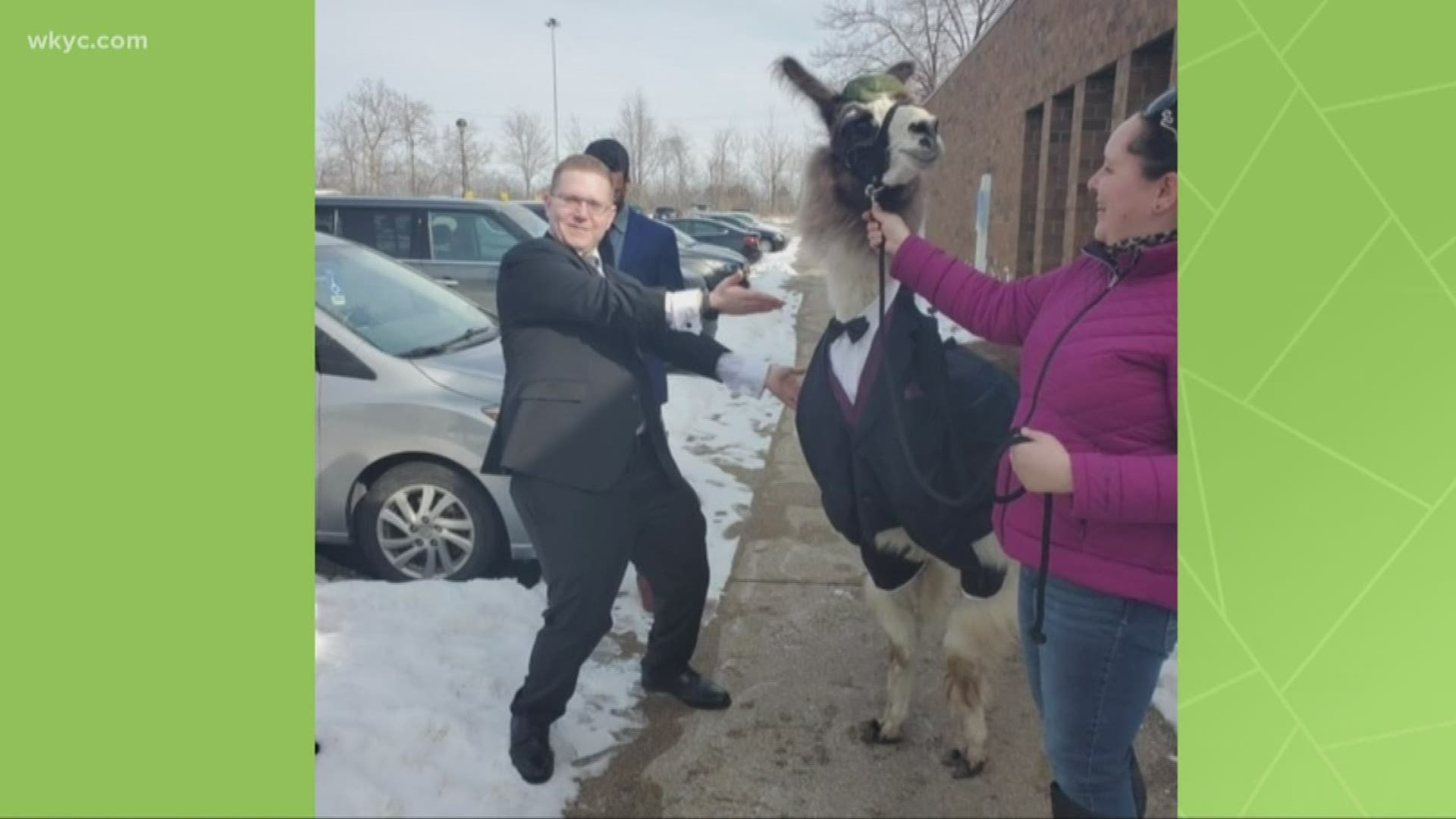 AKRON, Ohio — Imagine it’s your wedding day and your brother says he has a surprise outside for you. You go outside and see a llama dressed in a tuxedo.

Well, it wasn’t a complete surprise for Riva Eisenberg. That’s because her younger brother, Mendl Weinstock, promised to bring the llama to her wedding five years ago.

It all started when the two along with friends were on a road trip to Indiana. Mendl says his sister was talking about her wedding plans for most of the trip. He says she was 17-years-old and wasn’t in a relationship at the time. So, as she continued to talk about her big day, Mendl decided to tease his sister and say the most random thing that popped into his head.

“If you make me come to this wedding, I’m going to bring a llama with me,” Weinstock said.

As you could imagine, Riva wasn’t happy about that suggestion, but eventually said that the llama was invited to the wedding.

“Ever since she said those words, for five years, I’ve had it in my mind for five years that I was going to bring a llama to her wedding.”

Once Riva got engaged last October, Mendl began his search for a llama to bring to the ceremony. He eventually found Shocky the Llama at a farm in Youngstown.

The day of Riva’s wedding arrived on Sunday, March 1. And after she was got ready for her ceremony, someone brings her out to find Shocky all dressed up in a tux, created by Mendl’s co-worker.

“And she has this look of absolute shock on her face, like ‘oh my god. He really did,’” said Mendl.

Riva did take a few pictures with Shocky, even though she said she would only take one picture. The llama was a big hit for her guests.

Mendl then posted the picture of himself, his sister, and Shocky on Reddit. It has received more than 156,000 upvotes. And his story is being shared across the world. However, Mendl says there is a lesson from all of this.

“And if I want anyone to take anything away from this, it’s that you need to keep your promises. You are as good as your word and you should stick to it.”