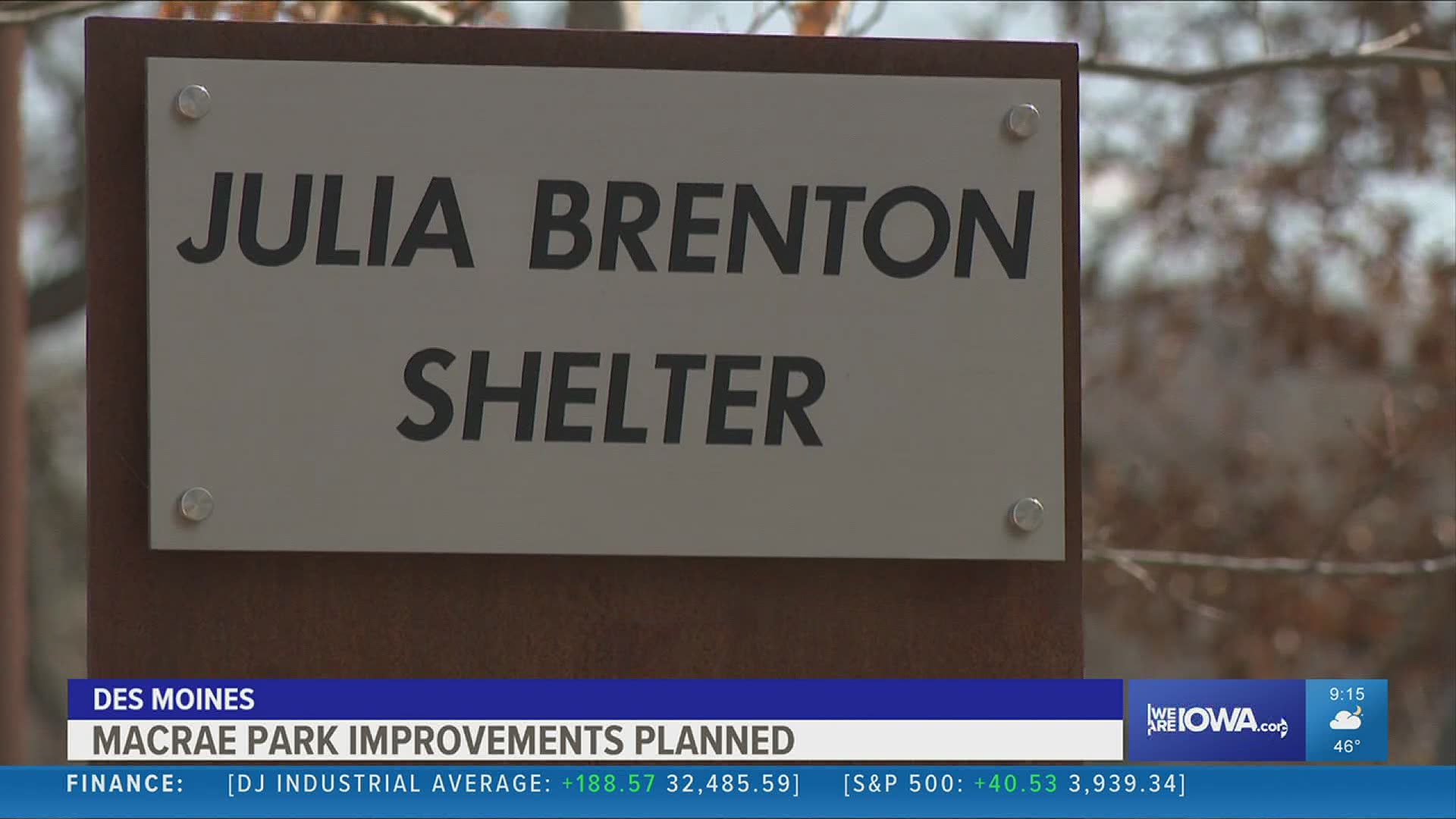 DES MOINES, Iowa — A jewel of Des Moines is set to continue its transformation.

The city says they are making their way through the park system in the metro as many of them need updates.

Phase two included the new EMC overlook and bike paths on the north side of the park while this final phase will focus mostly on the south side, leaders said.

Tonight the Des Moines City Council approved @DesMoinesParks' plans for Phase 3 of improvements to MacRae Park.
Plans include a complete walking path around the park, a boardwalk over the pond and a nature playscape with water features.
What are you most excited to use? pic.twitter.com/OYe2XAnEv6