The knee bone's connected to the ... pothole? Well, that's the case for these dis-jointed skeletons bringing attention to the city's roads. 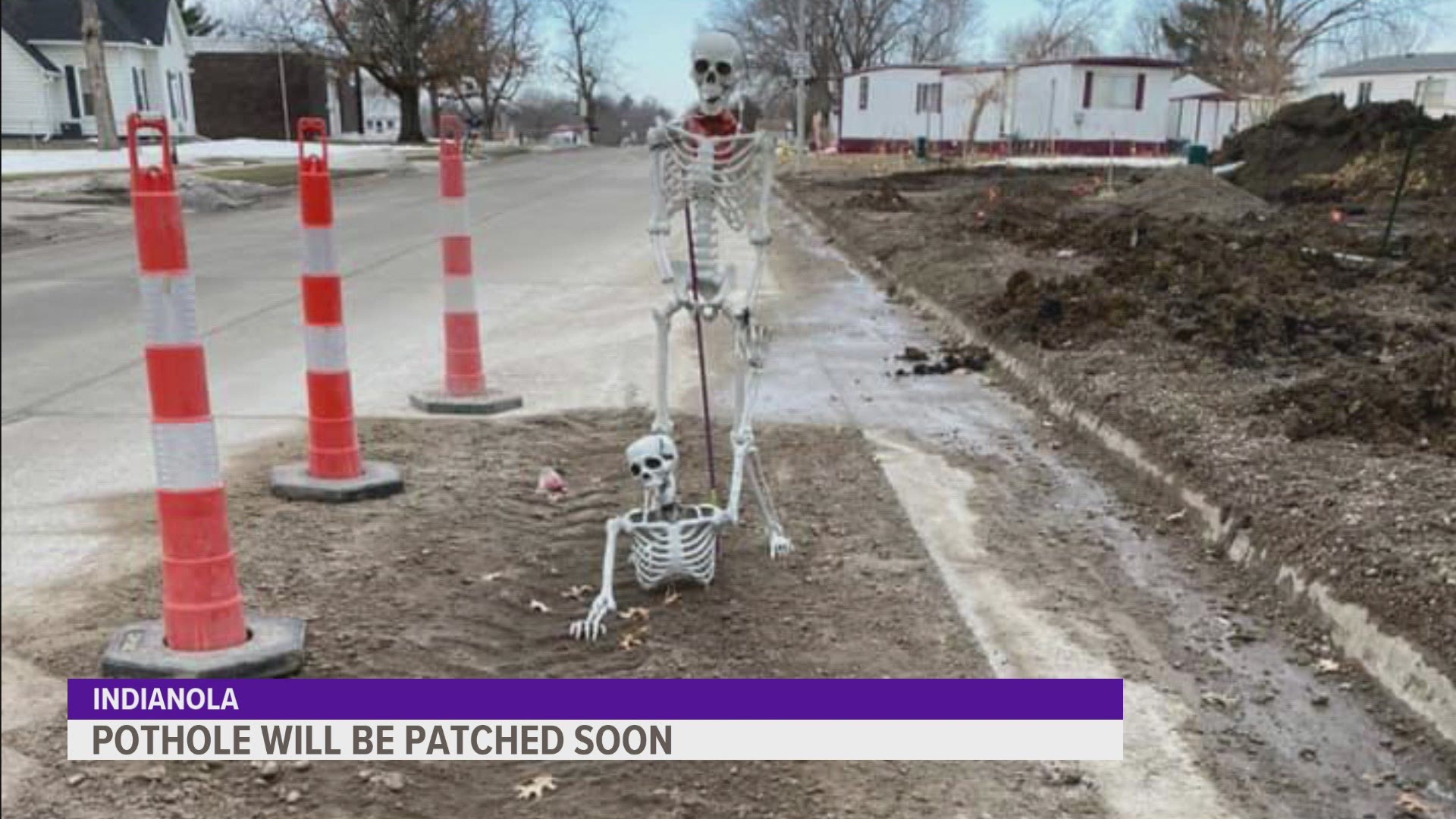 INDIANOLA, Iowa — Folks driving along E Iowa Avenue in Indianola are being met with a spooky, but silly site— skeletons swimming and fishing in a giant pothole.

It may look like fun and games for the old bones, but they're actually working to bring attention to a serious issue.

In December, a water main broke outside of Lisa Koz's home, creating the pothole. It was filled with dirt, but that only led to further issues.

Koz said she just wants the pothole to be fixed.

"This isn't a life-threatening problem but it is one that affects a lot of people in this town," Koz said. "This is a highly trafficked road and just being able to get something fixed shouldn't take me putting skeletons out swimming in a pothole."

A construction crew is planning to fill in the potholes.