Winterset YouTuber takes sledding to a galaxy far, far away 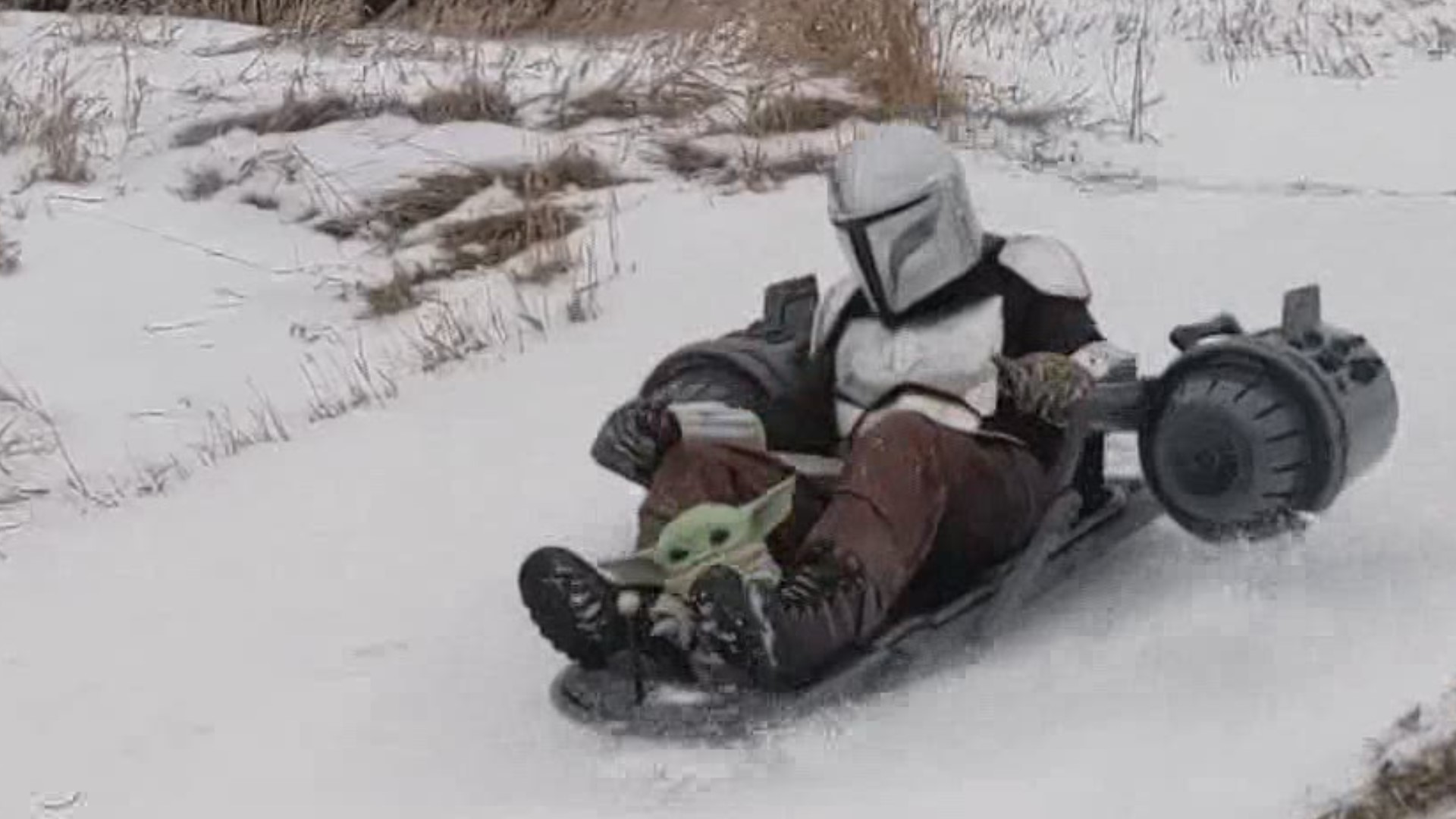 WINTERSET, Iowa — Epic projects often start with the thought, "I could build that." And that is how Winterset Youtuber Grant Jordan ended up with a Star Wars themed sled.

Jordan hosts the YouTube channel "Dadcrafted" where he makes what he calls "geeky stuff" for his kids in his wood shop.

Late last year, he was scrolling through social  media when something caught his eye and sparked his imagination.

"The official Twitter account right before Christmas put out their own image that was a cartoon drawing of "The Mandalorian" on a sled with little baby Yoda, little Grogu, going down a hill and the second I saw that I was like, 'I could totally make that. We've got to make that thing,'" Jordan said.

Jordan posted a video of himself creating the Razor Crest sled out of five gallon buckets, bowls, an old sled, wood pieces and 3D printed detailed parts. He said the first time they took it out, there was major damage to the sled, so they had to glue things back together.

And it is still going strong.

Jordan said this sled is helping his family make the most of our winter weather.

"We love to go sledding. We always have. So you got to make the best of it. Can't just sit inside and sit on the couch all winter. I love Star Wars. I love making Star Wars stuff," Jordan explained. "So I mean, one of the purposes of this channel is trying to show that making this stuff isn't really that hard. It's still standing. It's probably got a few runs left in it."

And off they go, on the sled that takes them from a cold Iowa hillside, to a galaxy far far away.