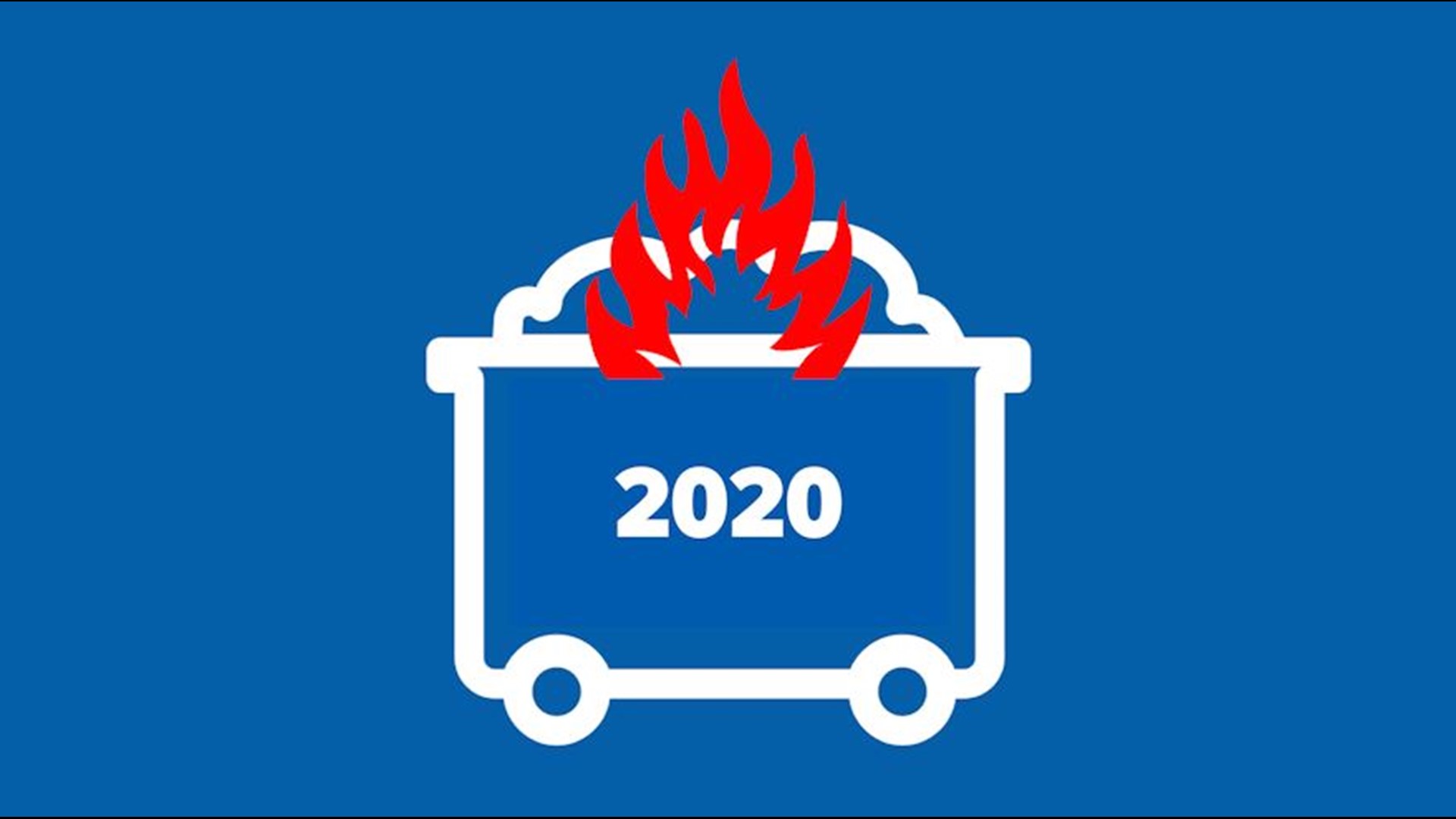 WEST DES MOINES, Iowa — The year 2020 exhausted us in so many ways.

I’ll not list them all here. That’s territory well-worn by deep thinkers and analysts.

I’m just a friendly neighborhood paragraph stacker. One of a journalist's first lessons in writing is the avoidance of cliché. But 2020 produces clichés faster coronavirus positive tests on the Missouri Tigers team before the now-canceled Music City Bowl.

I recognize the need for social distancing, but every time someone says the words, I want them to be six miles away from me rather than a mere six feet.

Wearing masks is one of the best ways to prevent the spread of COVID-19, but even the most meticulous soldiers preventing the spread must bristle when some snarky stranger bellows “Mask up!” when you’re alone in your car at a stoplight. Everybody wants to be safe, but can we just stop with the constant scolds?

Also, if you’re complaining about maskne – a skin irritation caused by wearing masks – just drive by an assisted-living center and pray to your higher power of choice that you’re still allowed outside to wear a mask even with minor irritations.

If our faces are broken out, our ears must similarly ring from medical jargon such as asymptomatic, quarantine and protocols. This language is precise for the experts who use it, but it’s also cold and clinical and makes people edgier than needed.

RELATED: VERIFY: Keep wearing your mask after getting the COVID-19 vaccine

After all, we’re all in this together.

Oh, dear. I’ve gone and belched out one of those clichés.

This one annoys me because it’s pointless. We always are all in this together, whether it be the pandemic, climate volatility or racial injustice. So what? What matters is how well we work together to fight our common scourges. So far, it’s a mixed bag.

Some say we are more divided now than at any point since the Civil War. I don’t buy that and it's disgraceful to say. Some 1.2 million members of the American armed services have died in conflicts on behalf of this nation. Nearly half of them – 622,000 – died in the Civil War.

We are politically uneasy with one another in the extremis, but we are not on the verge of a second civil war. We are just mouthy jerks on social media.

Also, it’s time to take “unprecedented times” down to the pound and have it put down. After 2020, most things have a precedent from vaccines being distributed for a pandemic in record time to people questioning the fundamental functioning of our democracy.

Any time you’re tempted to say something is unprecedented, find a teacher or an elder. They’ll set you right.

I am old enough to remember when Zoom was a noise made by Speed Buggy in a Saturday morning cartoon about teenagers who solved crimes with their anthropomorphized dune buggy. (The 1970s were very strange.)

Now Zoom is software by which we do business and communicate with family and friends. The technology may blunt the absence somewhat, but unlike the speediness the word implies, Zoom calls seem to drain the life out of everyone on both sides of the screen.

The pandemic will follow well into 2021, but let’s hope the phrase “new normal” is excised from our vocabulary by the time the virus is gone. After, remember the lesson of the great singer-songwriter Bruce Cockburn: “The trouble with normal is it always gets worse.”

Daniel P. Finney is the assignment editor for Local 5 News who writes the occasional commentary for www.weareiowa.com.