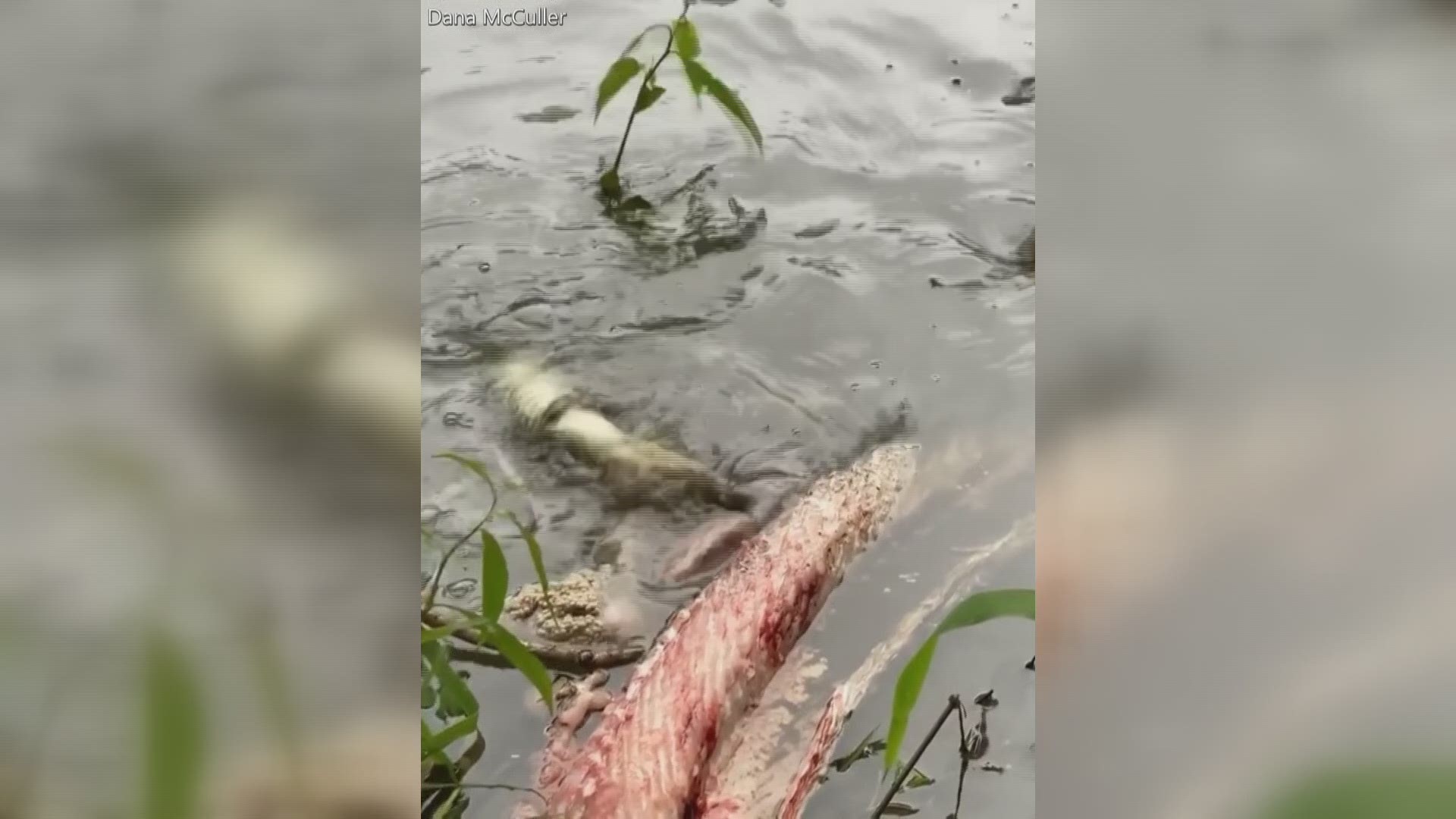 LAKE CHARLES, La. — It's the "death roll" seen around the world -- an itty bitty baby alligator gets into his meal with turbo-charged death roll gusto, and the video capturing that moment has now been viewed millions of times.

Dana McCuller lives in Lake Charles, Louisiana. She says the family of gators live in a secluded pond near her home. She's been photographing the momma gator, who she named "Cheesecake," for about six years, so Cheesecake is used to McCuller being around.

This familiarity means McCuller has gotten to closely watch Cheesecake's babies grow, while still keeping a safe distance. McCuller says she's been taking pictures and videos of the baby gators since they hatched about 2 years ago. Since there are 17 babies and it's hard to tell them apart, she hasn't named them, but says friends on Facebook have affectionately dubbed them "the cheese sticks."

On Sunday, June 8, she says a neighbor had cleaned some fish he just caught and threw the scraps of garfish into the pond. Knowing it would be a great opportunity to get good photos and video of the baby gators, McCuller says grabbed her camera and phone and quietly watched and waited.

One of the "cheese sticks" grabs hold of one of the scraps and rapidly turns around and around before tearing off a small chunk of meat. And, the internet has responded to the adorable moment with millions of views on several social media platforms, garnering more than 6 million on Everglades Holiday Park's Facebook page as of Wednesday afternoon.

According to Scientific American, nearly every crocodilian species does a death roll.

RELATED: As temperatures rise, so do your chances of seeing an alligator