Black bear spotting in Iowa: How to avoid unwanted visitors

The bear was seen in Dubuque County, about 80 miles north of the Quad Cities. 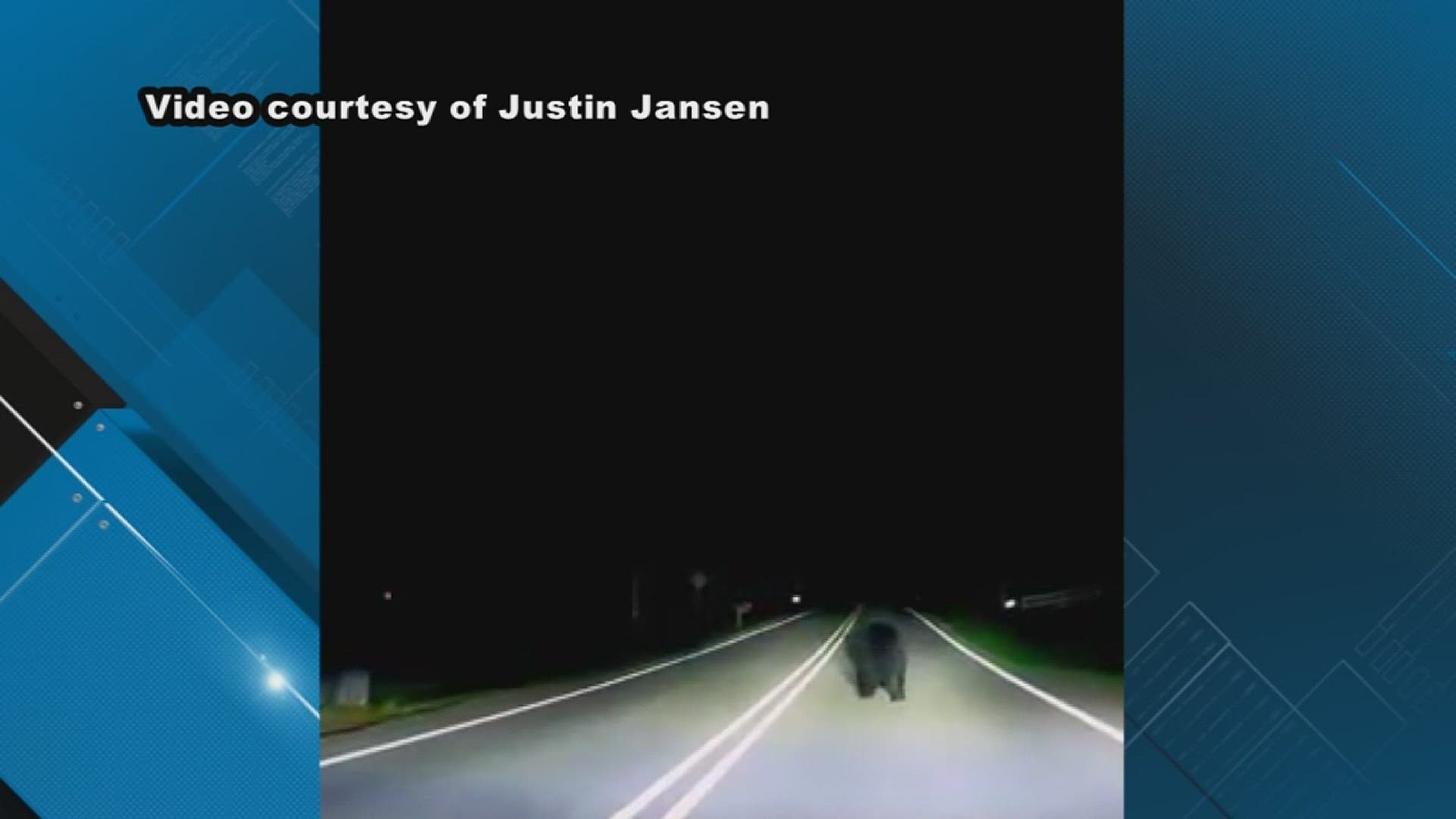 DUBUQUE COUNTY, Iowa — A black bear was spotted in eastern Iowa on Monday. A video shared hundreds of times on Facebook shows the bear running down Mud Lake Road in Dubuque County, that's about 80 miles North of the Quad Cities.

While it is exciting to some, Brian Preston with the Dubuque County Conservation Department told KCRG News it's important to remember bears are wild animals that should be given space. He offered some simple tips to help avoid attracting them.

1. Take your trash out the morning of, rather than the night before

2. Take down bird feeders if bears have been spotted in the area

3. Don't leave food out for your pets at night

“If you feed your dog, cat outside, take that food in during the night so you are not providing an easy meal for it,” Preston told KCRG, “We want to keep a wild bear, wild.”

According to the Iowa Department of Natural Resources, there have been 43 confirmed black bears in Iowa since 2002. About two to five of those per year since 2014. Conservationists predict that number could grow as the bear population increases in nearby states like Minnesota and Wisconsin. Right now, there's an estimated 45,000 black bears between those two states.

Still, you shouldn't expect to see many bears in the Quad Cities area. Last year, a black bear made its way to Scott County, a feat that the Iowa DNR says is very rare since bears do not usually cross the Wapsi River.