Just 16 giraffe calves were born in North America zoos in 2020, and only 33 worldwide. 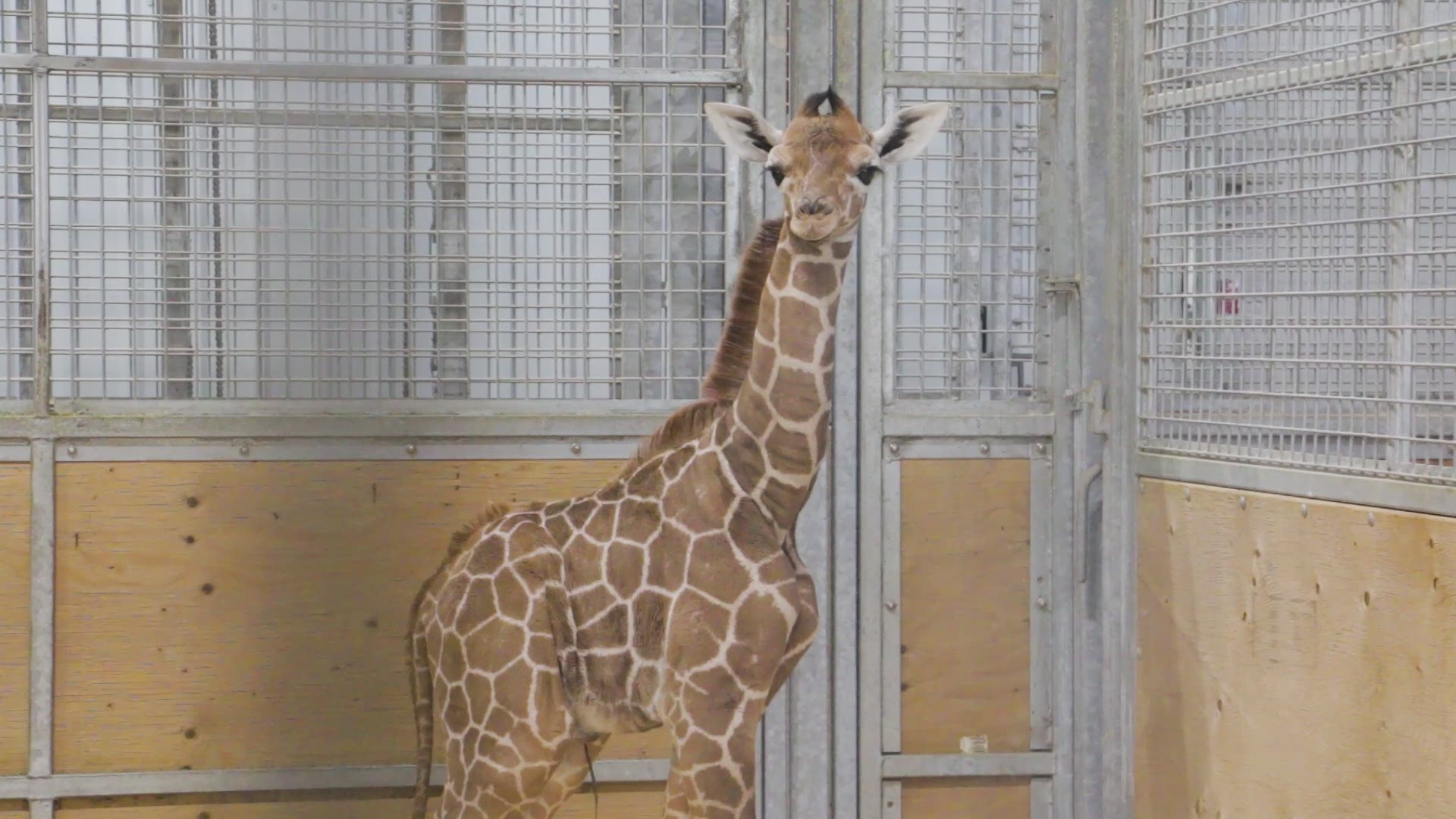 The Blank Park Zoo has announced a giraffe calf was born earlier this week.

The currently-unnamed calf was born on Monday and stands six-feet-tall and weighs 125 pounds.

Adult male giraffes may grow as tall as 18 feet and weigh as much as 3,000 pounds.

Giraffes typically gestate about 15 months. Predators often feast on newborn calves in the wild which fostered instincts for standing, walking and running shortly after birth.

The birth of a new giraffe is somewhat rare: 16 were born in zoos across North America in 2020 and 33 worldwide. The global population of giraffes is estimated to be about 100,000, according to National Geographic.

That population has declined from an estimated two million 150 years ago.

Zoo veterinarians kept their distance during the birth, watching from a distance via closed-circuit TV monitors white mother Skye did the work.

“We are fortunate that the birthing process was quick, and Skye has been a great mother, allowing the calf to nurse quickly,” said Dr. Drew Gall, zoo veterinarian.

The zoo will release several possible names beginning Jan. 28 and plans to ask the public to vote on their favorite. Voting will be free, and people will be able donate in honor of the new calf. More information will soon be available at www.blankparkzoo.com.

“We are so excited to welcome this healthy boy to our herd,” said Kayla Freeman, supervisor of large mammals. “It has been refreshing to watch Skye become such a great mom and Zola our other female giraffe is also doting and investing so much interest in him. We can’t wait our community to meet him.”

Currently, the Blumenthal indoor giraffe viewing area is closed to the public as Skye and the calf are bonding, but plans are underway for the public ‘first look’ in a couple weeks.