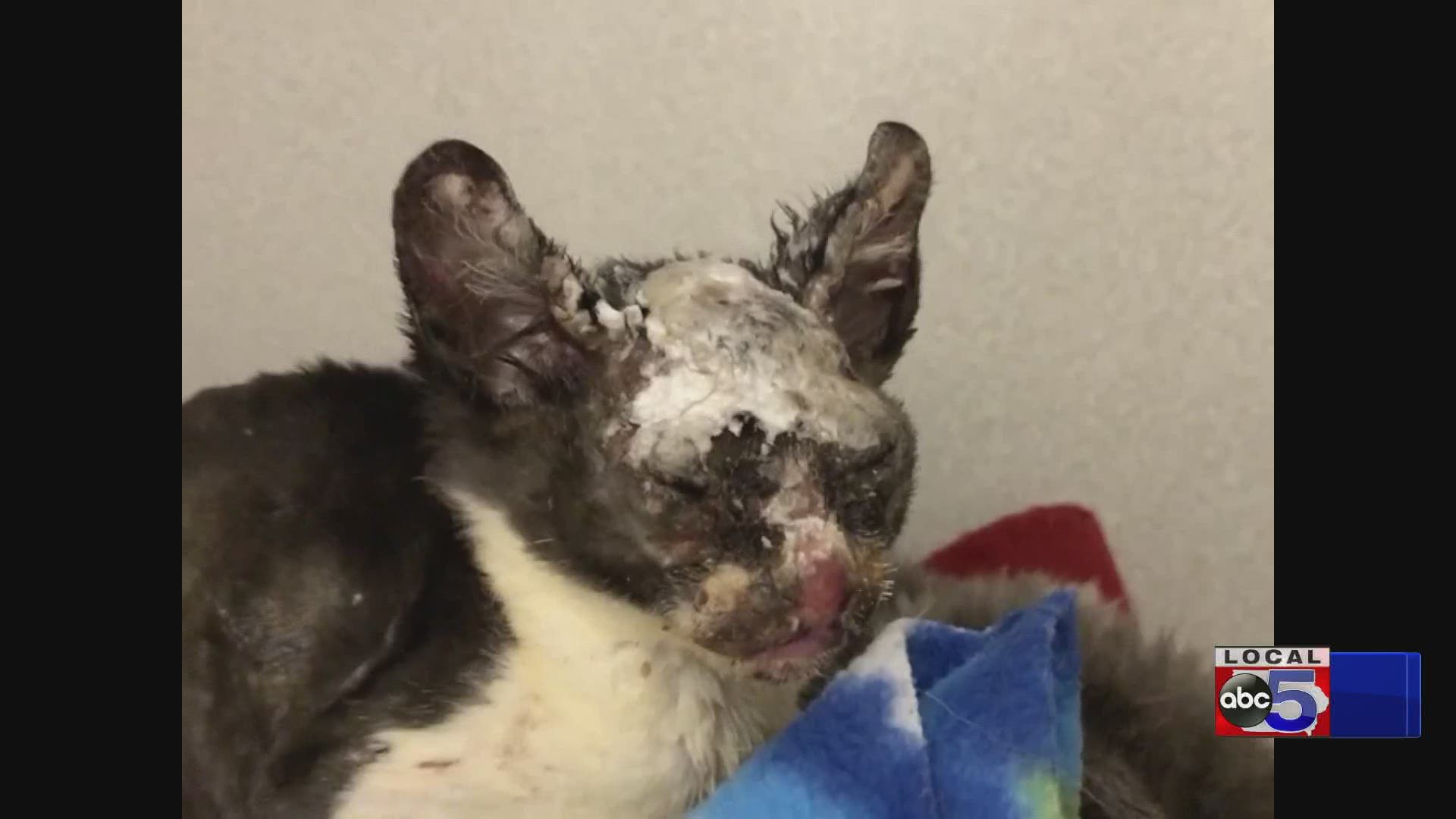 DES MOINES, Iowa — NOTE: The pictures accompanying this story may disturb some viewers.

A has been arrested and charged for neglecting two dogs that the Animal Rescue League of Iowa described as being "skin and bones."

Lorna Danley of Des Moines is facing two counts of Animal Neglect, and cited for other ordinance violations related to two dogs, Duke and Mariah.

Danley has been released from the Polk County Jail.

Last week, the Animal Rescue League of Iowa rescued the two pets from a home. They said Duke was in the worst shape, weighing just half of his body weight. One of their veterinarians said Duke would have died if he wasn't rescued within the week.

Mariah was also in bad shape, according to the ARL.

The ARL said both Duke and Mariah are improving each day, and are expected to make full recoveries.

"We’re taking things one day at a time right now," the ARL said in a statement.

The rescue comes as Iowa looks to strengthen its animal cruelty laws, which experts consider to be among the weakest in the country.

It passed in the Senate on Saturday in a 44-4 vote.

The Community and Pet Protection Act clarifies the legal definition of animal neglect, abuse, and torture.

RELATED: Kitten dies after being left in box, then box set on fire