Dog rescued after wandering the streets of Perry for 13 years

The Perry community had been putting out food and bedding for "Brown Dog" for years, but after breaking his leg the stray finally found his forever home. 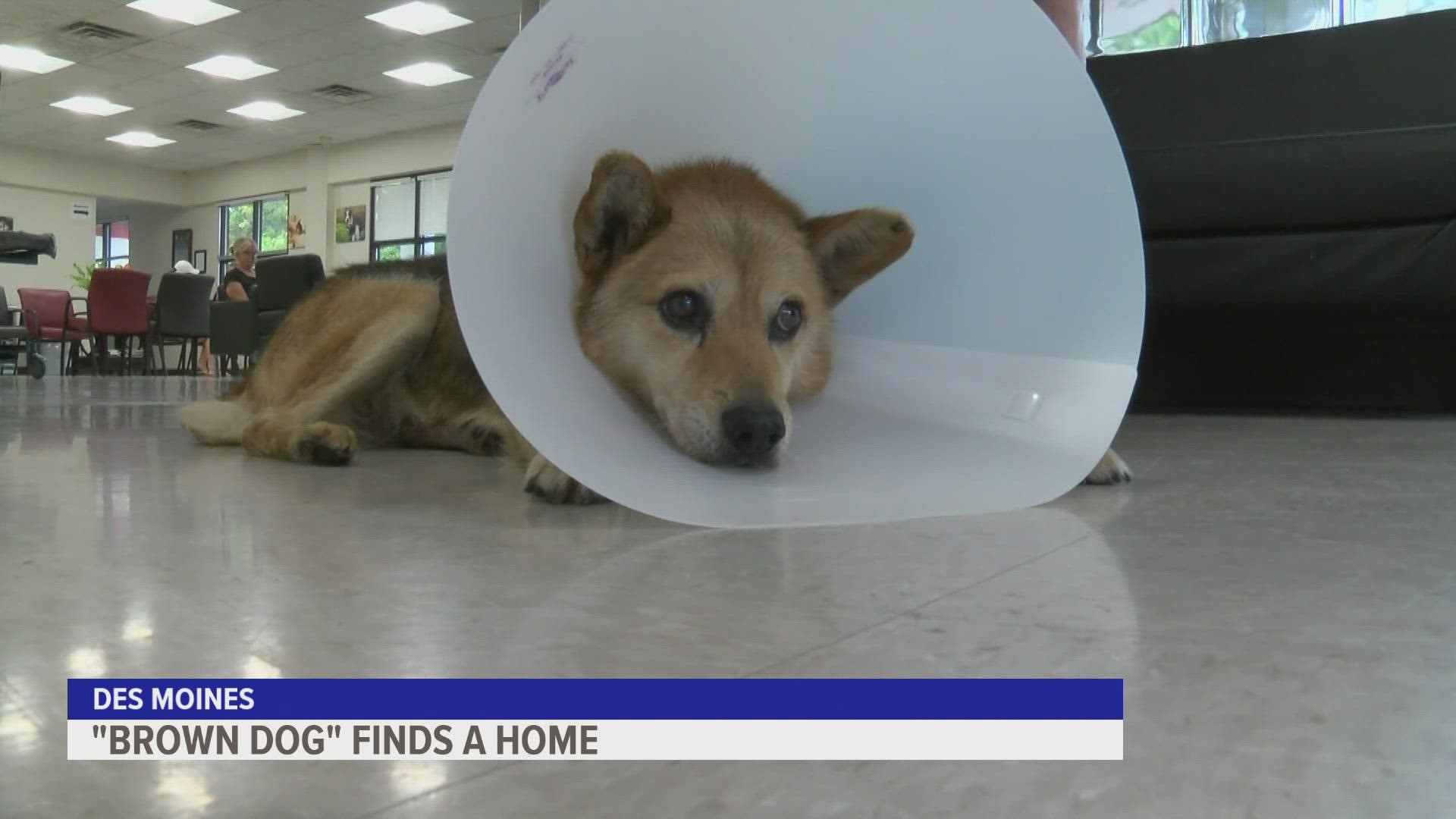 PERRY, Iowa — A stray dog wandered the streets of Perry for 13 years until police were finally able to catch him on Tuesday—only because a broken leg slowed him down.

The Shiba Inu was apparently abandoned by his original owner. Despite the Perry community putting out food and bedding for "Brown Dog" for years, no one was able to keep him in one place.

Perry Police brought him to Raccoon River Pet Rescue after seeing him limping around town. X-rays revealed that he had a leg fracture, likely from being hit by a car. Brown Dog got surgery on his leg Friday and came home from the hospital Saturday.

Lynn Daniels, who has been feeding Brown Dog for years, is now taking him in permanently.

"We want to give him the best life we can. We want to make sure he's taken care of and comfortable," Daniels said. "We don't know what tomorrow's going to bring but we're glad we can do what we can do for today."

Daniels has renamed Brown Dog "Mister Brown" and promised he would get a cheeseburger for his first meal out of the hospital.

"It meant everything to me to be able to sit down with him and pet him that first night," he said. "I had tears in my eyes the whole time. I didn't think that day would ever come when I could actually be there with him."

Daniels won't be hogging all the love to himself, however. He wants Mister Brown to remain an icon around town.

"He's gonna be a fixture around town and people are gonna know who he is," he said.

If you'd like to donate to Mister Brown's medical expenses, you can do so here.

RELATED: 'We're getting a lot of return requests': Increased need for pet adoptions as owners go back to the office

Watch: Hot temps can exhaust your dog, here's how to make sure they're safe