Waukee man agrees to surrender custody of Echo the dog

Brooks remains charged with animal neglect, but has agreed to give custody back to the dog's breeder. 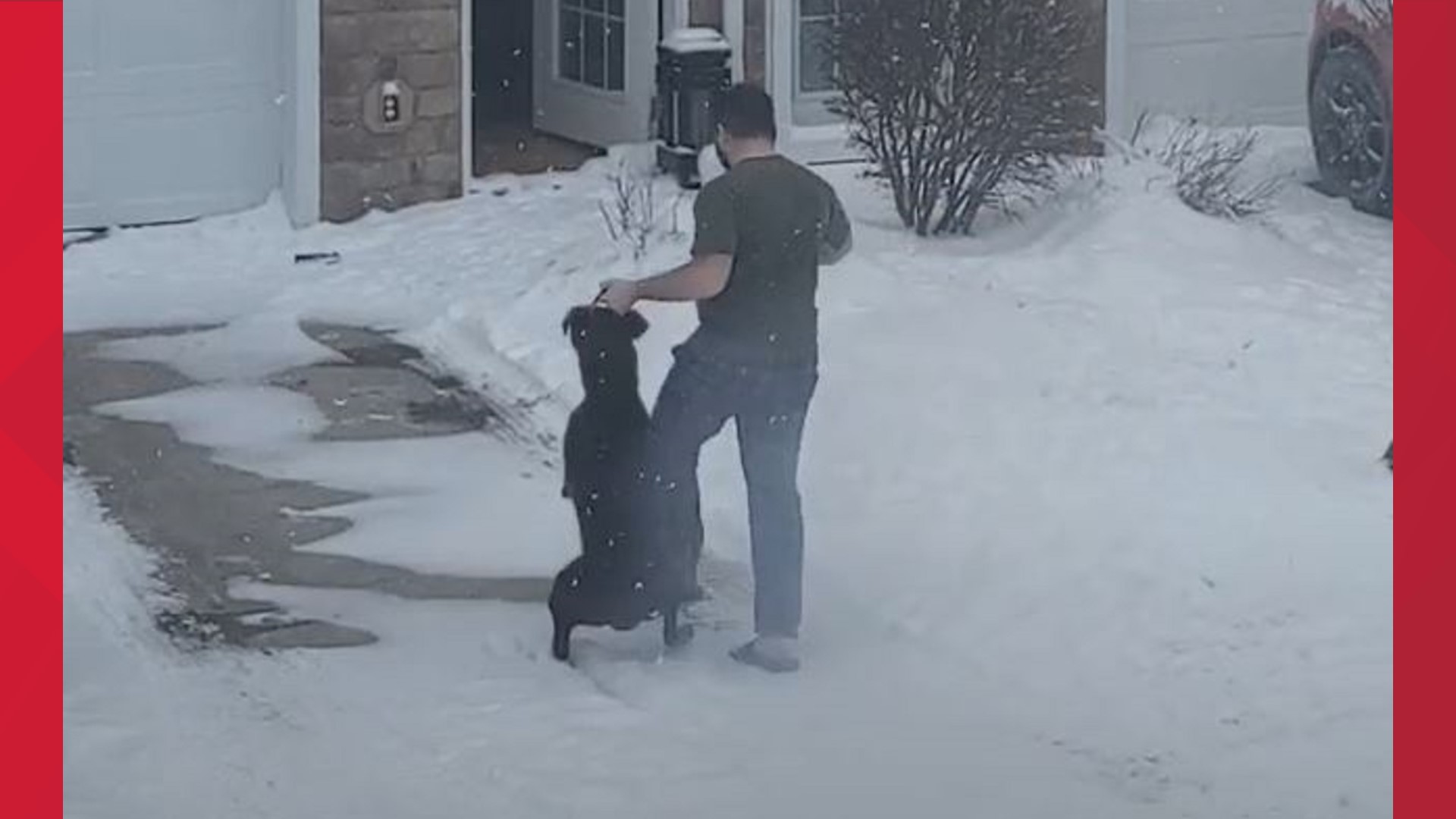 DALLAS COUNTY, Iowa — A Waukee man has agreed to give up his dog after being charged with animal neglect, according to new court filings.

Zac Brooks is accused of kicking and dragging Echo the dog, and Dallas County Attorney Chuck Sinnard filed a petition earlier this week to remove the dog from his home as a "threatened animal."

Brooks is seen allegedly dragging and kicking at Echo in videos police say were recorded by his neighbor.

In court documents filed Thursday, Sinnard said Brooks agreed to "voluntarily relinquish his rights to the animal back", with Echo's breeder taking custody.

The breeder "indicated she has been in contact with Mr. Brooks and that Mr. Brooks was willing to voluntarily relinquish his ownership of the animal back to [the breeder]," Sinnard wrote.

"[The breeder] is willing to retake ownership of the animal and has provided proof, via the original contract with Mr. Brooks that she is entitled to reclaim the animal if any allegation of abuse or neglect were to arise."

"The Dallas County Attorney believes it is in the best interest of the alleged Threatened Animal, to be returned to the custody and ownership of [the breeder]," Sinnard concludes. "A return to a familiar person and setting would provide the best opportunity for the safety and welfare of the animal with the least amount of trauma that could be brought about by being placed in an unfamiliar shelter or foster care setting or prolonged stay in the custody of Mr. Brooks."

Read the Feb. 23 filing below