Furry Friends Refuge has asked the public to help identify the woman. 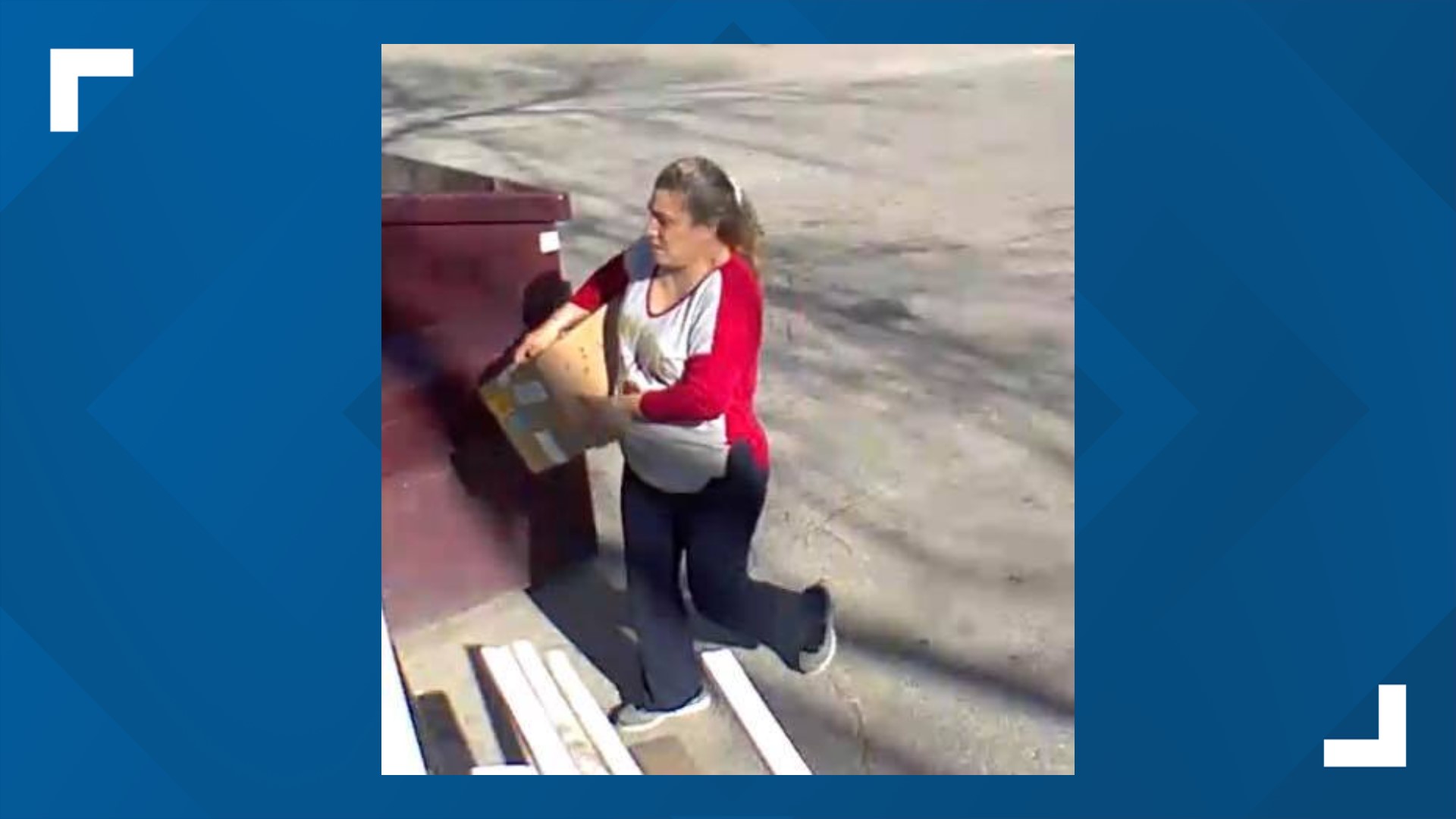 WEST DES MOINES, Iowa — Owners of a West Des Moines animal shelter have asked members of the public to help them track down a woman caught on camera hiding a cat in a taped cardboard box behind the facility's dumpster.

According to Britt Gagne, executive director of Furry Friends Refuge, a staff member was looking for a tent in the storage unit near the dumpster and spotted the box. A cat was inside the box.

Gagne said staff reviewed video around the time of the incident, and the woman can be seen bringing the cardboard box and passing several staff members in the parking lot after she allegedly dumped the cat.

Furry Friends Refuge was able to save the cat's life after it had been in the box for more than 24 hours.

Gagne told Local 5 the case is especially disturbing because had it not been by pure chance of a worker going in that area, the cat likely would not have been found in time.

The cat was microchipped, however, through some investigating, Gagne said it appears the cat changed owners several times over the last few years.