Fawkes, the Leopard Gecko, was found in October abandoned and dangerously thin. 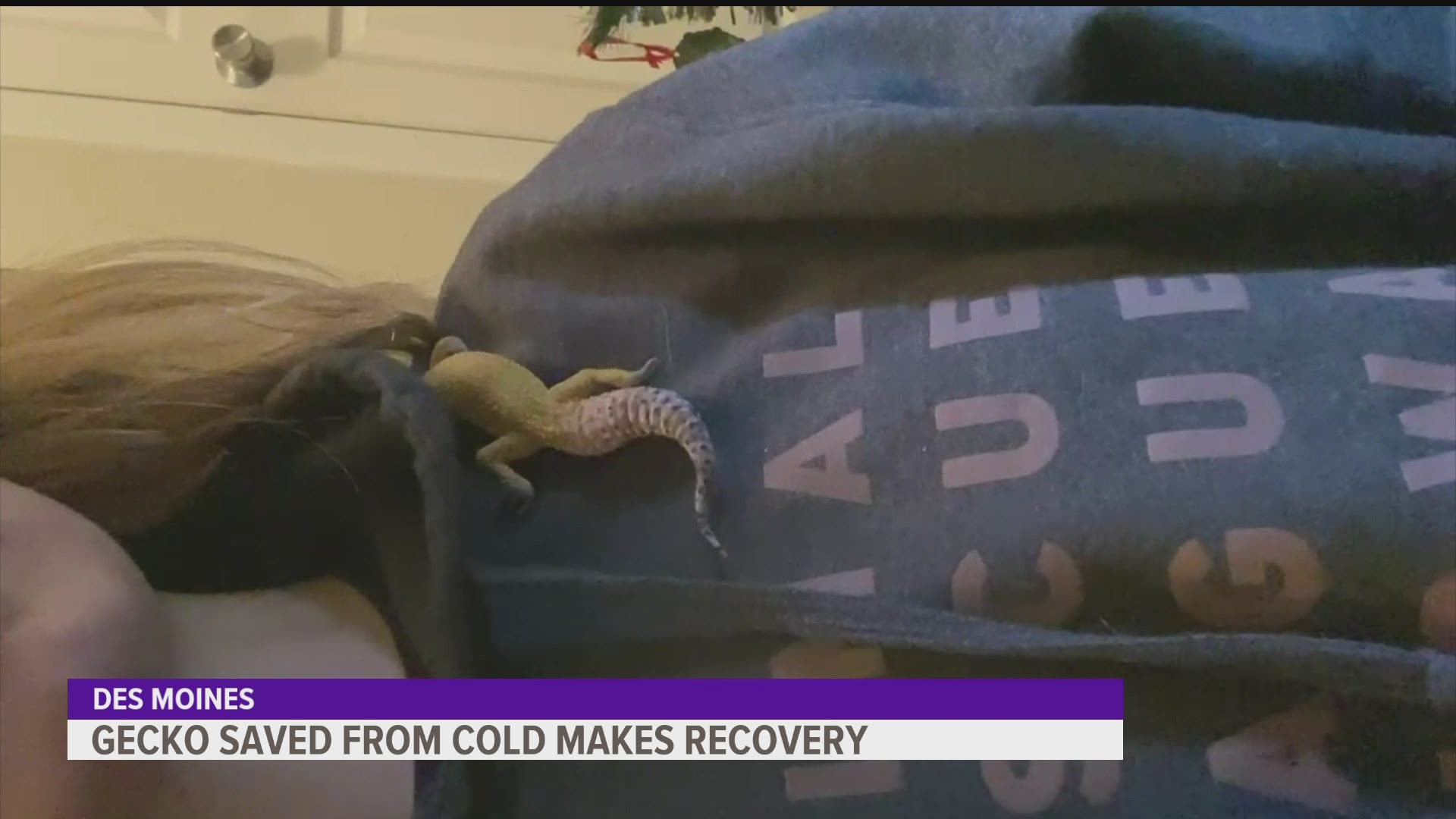 DES MOINES, Iowa — With winter just beginning, the Animal Rescue League is reminding pet owners to keep an eye on their furry friends left outside --and they're not just talking about cats and dogs.

Fawkes, the Leopard Gecko, was found in October abandoned and dangerously thin. She developed a limb deformity as a result of a lack of nutrition.

Since then, thanks to proper diet and plenty of sauna time under a heat lamp, she's made a miraculous recovery.

"She's fat and sassy, just as she likes to be," said Kathryn Vry, one of the trainers at the ARL. "She likes to crawl all over the place and doesn't like to stay in one place very long."

Fawkes, named after Dumbledore's phoenix from the Harry Potter books, will have her leg deformity for the rest of her life, but she is back to a healthy weight judging by her plump tail. Vry said geckos store fat in their tail and when the ARL first took her in, her tail was bone-thin.

Vry adopted her last Tuesday and said Fawkes loves snuggling into her neck and the hood of her sweatshirt.