The Iowa DNR expects to see wildlife die every winter, but this year there is a chance the death rate could be higher. 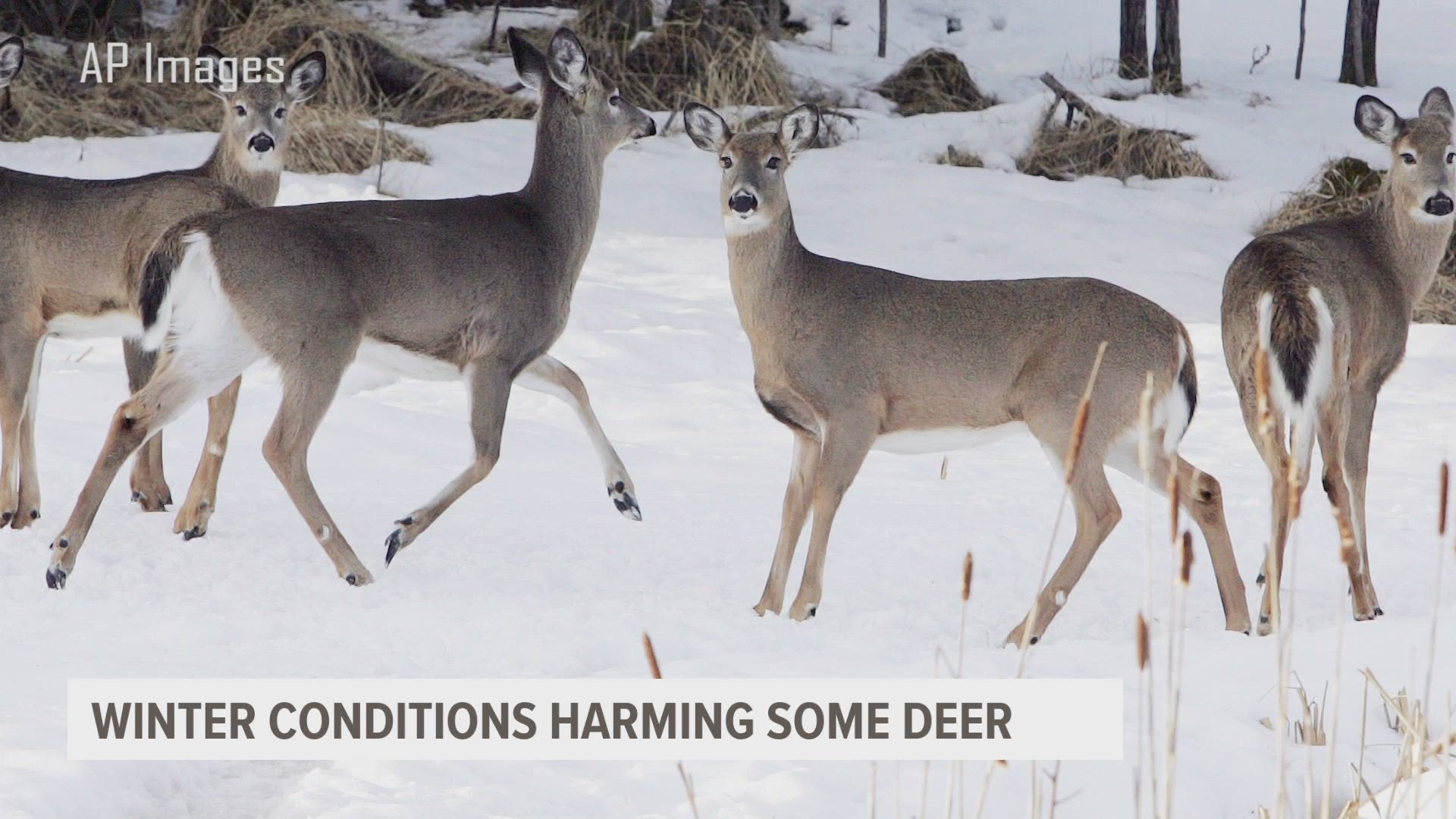 DES MOINES, Iowa — A combination of subzero temperatures and a snowy winter have impacted Iowa's wildlife, making it difficult for some to survive.

Deer, for instance, have a harder time finding food. And with food harder to come by, the Iowa Department of Natural Resources is receiving reports of deer appearing stressed or dying.

"Some landowners may see some, a dead deer or two on their property depending on how much land that they have," said Tyler Harms, the deer program leader with the Iowa DNR. "Those animals tend to be either younger animals or animals that weren't very healthy."

The DNR expects to see wildlife die every year in the winter, but this winter season there is a chance the death rate could be higher.

But it's not a good idea to feed animals or leave food our for them in your yard, according to Harms. That attracts them to keep coming back to a certain area, which could put either the animal or residents in danger, and the food could be harmful to a deer's body.

"A pile of corn for deer is essentially like a pile of junk food," Harms said. "It changes their gut content and causes  them to have health issues."

He added that leaving out food also increases the risk of diseases spreading, like Chronic Wasting Disease.

"Putting out artificial or supplemental feed for those animals is going to congregate them in very close proximity to one another, and that's going to increase the risk of disease spread," Harms said.

Even if they show up on your backyard, it's best to leave deer alone. However, if an individual does have lots of land and wants to help deer by planting trees or shrubs that could provide them cover, the Iowa DNR says that would be helpful.