A tweet from Lincoln Park Zoo welcomed the 3-year-old lion to its own pride. 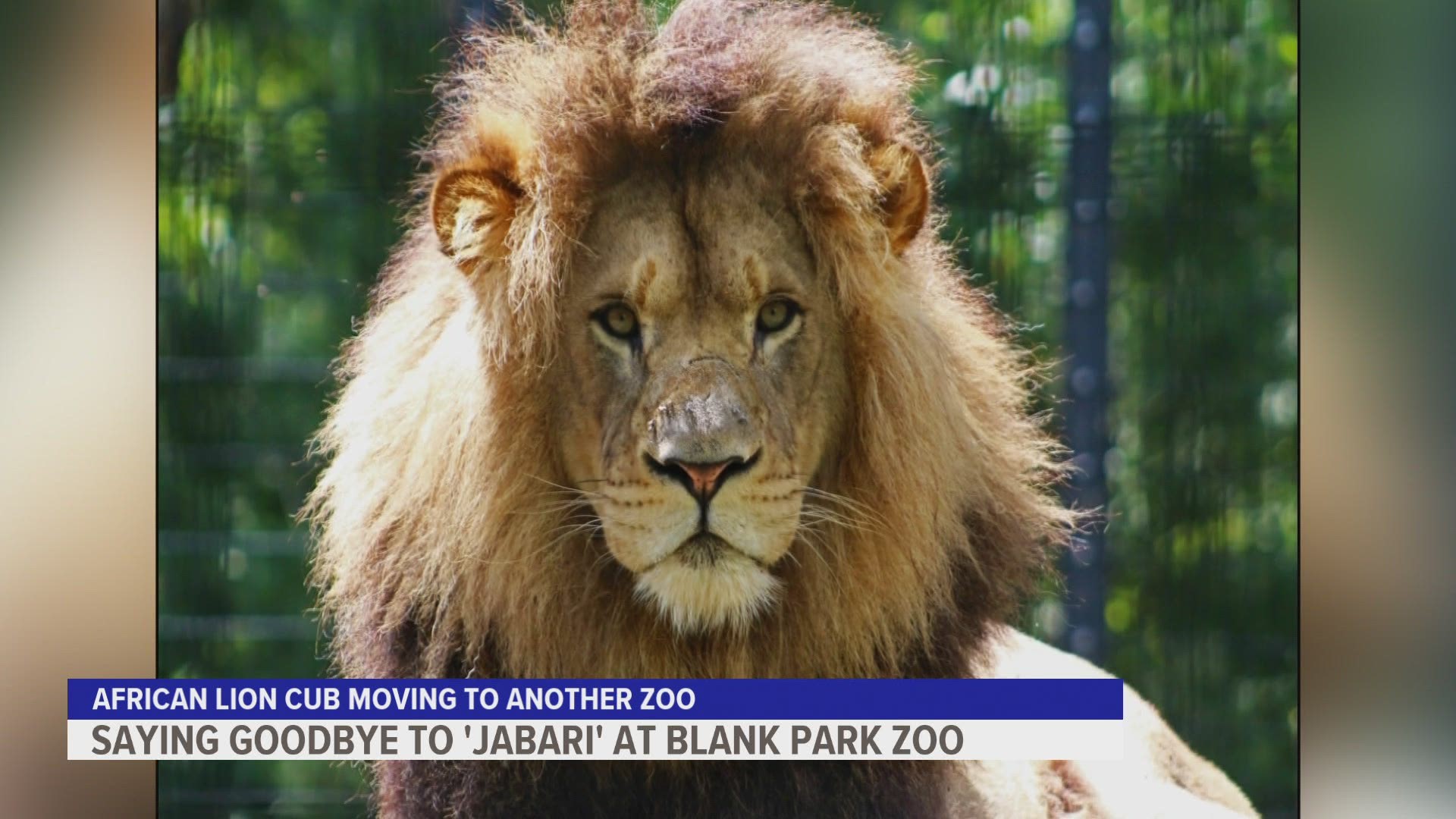 CHICAGO — Editor's Note: The video above is from July 14.

After a bittersweet goodbye from the Blank Park Zoo, Jabari the lion has found a new home in Chicago.

A tweet from the Lincoln Park Zoo welcomed the 3-year-old lion to its pride Thursday saying, "Jabari will be the leader of the pride."

The Blank Park Zoo announced Jabari's move last week but didn't disclose which zoo he would be going to. His last day at Blank Park was on Wednesday.

The lion's new home at Lincoln Park Zoo is setting him up to be the leader of the pride. The zoo will open its renovated home for lions and big cats this fall.

The Pepper Family Wildlife Center will feature space for the lions in an "expansive, savannah-style habitat."

Jabari is a 3-year-old male lion who will be making the journey from @blankparkzoo in Iowa. Known for his impressive dual-colored mane, Jabari will be the leader of the pride. pic.twitter.com/DYqJabXuyL

Jabari will be joined by three other lions, all female, from the Riverbanks Zoo in South Carolina.

Zari (left), Cleo (middle), and Hasira (right) are female lions heading to Chicago from @RiverbanksZoo in South Carolina. Zari is the oldest of the sisters, born in April 2018, and her half-siblings, Hasira and Cleo, were born in the same litter later that October! pic.twitter.com/swtx4qLdUD

"Lincoln Park Zoo is thrilled to welcome lions to Pepper Family Wildlife Center! There are many critical milestones to reach before the lions are visible to the public, but we couldn’t wait to share this exciting update," the zoo tweeted Thursday.