The Animal Rescue League of Iowa says dogs, cats, rabbits, a horse and pot-bellied pigs were living in "horrendous conditions." 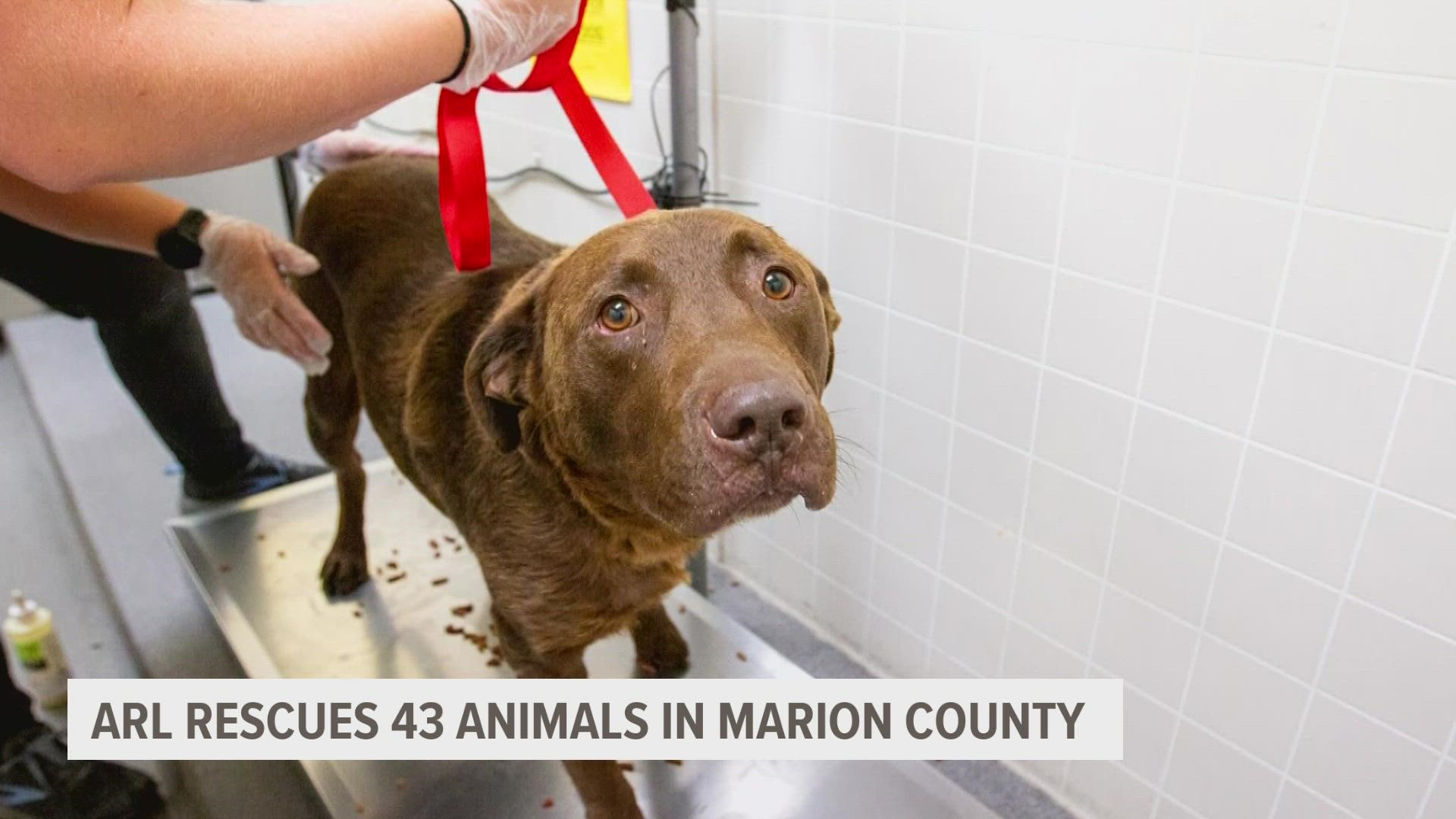 MARION COUNTY, Iowa — Information on how you can help these animals can be found at the bottom of this article.

More than 40 animals are receiving medical treatment after the Animal Rescue League of Iowa rescued them from "terrible" conditions during a two-day rescue at a Marion County property.

A Facebook post from the ARL says its team saved a total of 43 animals — including dogs, cats, rabbits, a horse and pot-bellied pigs — from "horrendous conditions."

The ARL says the animals were living "alongside deceased animals with no food and no clean water."

"We arrived on one of the hottest days of the year to find animals scattered around the property," the post says. "The dogs, many of which had serious skin infections and nails so long they were curling under their feet, appeared to be drinking sewage because it was the only source of liquid available."

The cats found on the property were living in an abandoned house "that was covered in feces" and the rabbits were found in enclosures "so filled with excrement that it made it difficult for them to move," the ARL says.

The ARL also says multiple horses, goats and pot-bellied pigs were found on the property. The pigs were suffering from hair loss and one horse had a "large untreated" injury to its leg.

RESCUE UPDATE: The ARL team has rescued a total of 43 animals from terrible conditions during a two-day rescue at a...

Posted by Animal Rescue League of Iowa on Monday, August 2, 2021

"They have a wide variety of serious medical conditions," said Joe Stafford with the ARL. "The horse had an injury to the leg that's going to require some extensive medical care which is provided by the veterinarian care professionals at Iowa State University."

Once the animals were brought to the ARL, the Miracle Medical Team took over to start examining and treating the animals recovered.

The ARL says they need help from the public to give these animals the "second chance they deserve."

Donations can be made by clicking/tapping this link or through Venmo (@ARL-Iowa).