The Rusty Patch Bumble Bee was thought to be extinct in the Quad Cities region until they were spotted on zoo grounds in 2018. Since then, they've made a comeback. 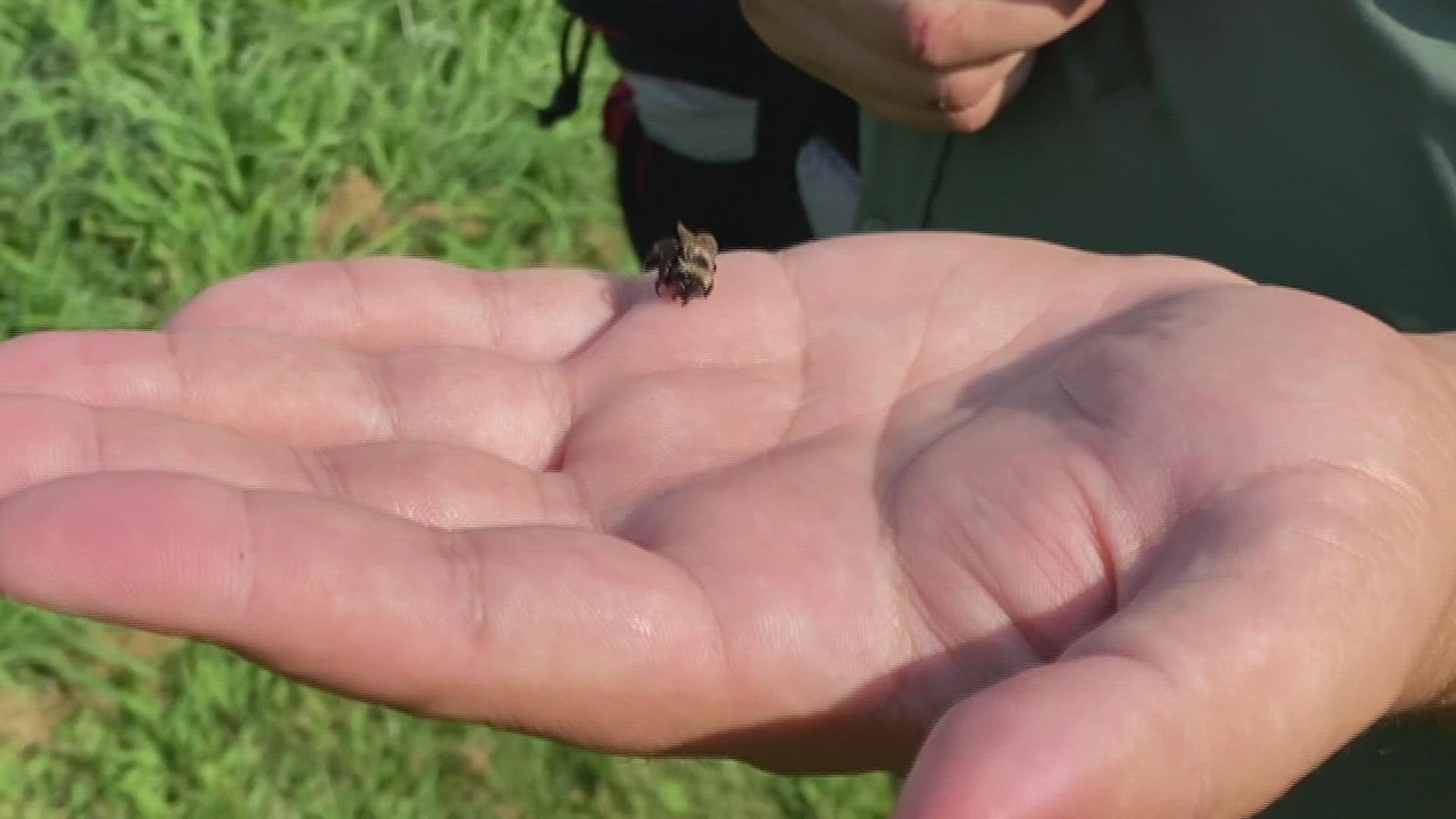 COAL VALLEY, Ill. — Niabi Zoo is buzzing, quite literally. The zoo recently confirmed a population of Rusty Patch Bumble Bees on it's grounds. While not part of an exhibit, the presence of the bees is something to be celebrated.

The insect was once common throughout Eastern U.S. but was placed on the endangered species list in 2017 after a dramatic decline in population.

According to the U.S. Fish and Wildlife Service, the population declined by 87 percent in the last 20 years due to factors like habitat loss, intensive farming, pesticide use, disease and climate change.

RELATED: Rare bee lost 96 percent of its population, how you can help it stop being endangered

Those habitats were just what the bees needed to thrive. The Rusty Patch Bumble Bees, which were thought to be extinct in our region, were spotted at Niabi in 2018 and have since been seen at Nahant Marsh and Illiniwek Forest Preserve.

With help from other researchers and conservationists, it was determined there are resident populations at Niabi Zoo and it's surrounding forest preserve.

“The Zoo has been experimenting with allowing more natural plant growth, and designating no mow zones at the zoo for several years now. It’s been a little jarring for folks who are used to the manicured golf course look,” said Zoo Director Lee Jackson.

Letting the plants grow hasn't just benefitted the bumble bee population, but others animals as well.

"Biting nats and flies were a serious problem, particularly with some of our cats in the spring and early summer," said Tammy Schmidt, Assistant Director at Niabi. "The taller grass gives the animals outdoors a great deal of respite from the pesky insects. So much so that we are seeing a 98% decline in the amount of those bites."