Hundreds of CrossFit affiliated gyms around the world cut ties with the global brand, including many in the Portland area 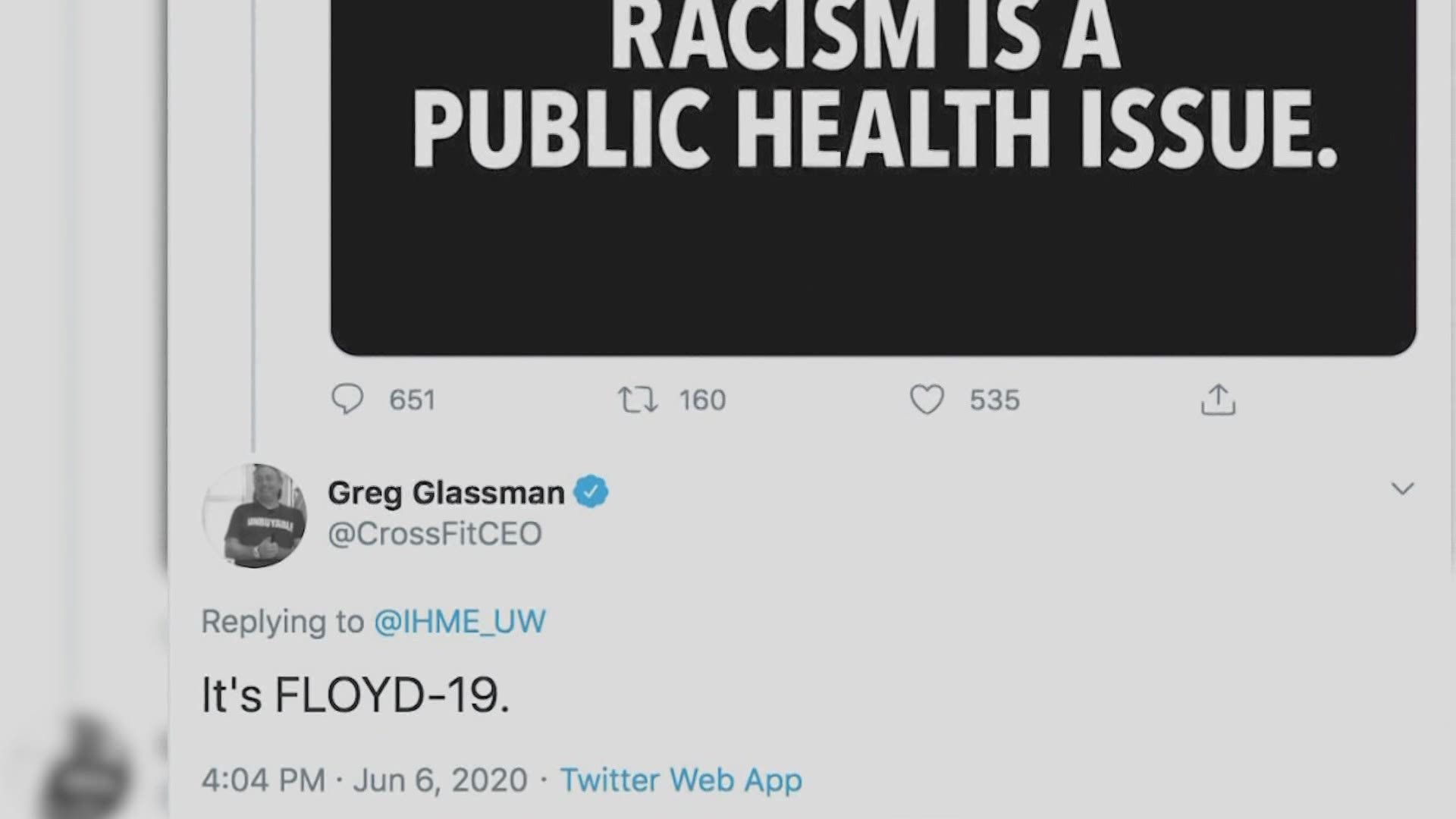 PORTLAND, Ore. — For the last 8 years Nick Hurndon has been a co-owner of CrossFit Magnus in North Portland.

At least that's what it used to be called.

Over the weekend, Hurndon fired off a letter to CrossFit headquarters saying he would no longer affiliate with the global brand.

He's joining other gym owners condemning an e-mail reply sent to Alyssa Royse, owner of Rocket Community Fitness, formerly Rocket CrossFit. Royse had sent an e-mail to CrossFit corporate asking why the company hadn't taken a stand publicly regarding the protests and had asked them to take a stand against racism.

In an e-mail to KGW, Royse says, "I was legitimately trying to save them from this exact mess."

That mess started when CrossFit CEO Greg Glassman replied to Royse's request and lashed out at her. The e-mail started by saying:

I sincerely believe the quarantine has adversely impacted your mental health."

It went on to say that, "You're doing your best to brand us as racist and you know that's (expletive). That makes you a (expletive) person. Do you understand that?"

He finished the letter by saying, "I am ashamed of you." and signed it, "Greg".

"There are many things that kind of led us to that point, but that was the catalyst for us to say OK, enough is enough. We're done," Hurndon said.

Glassman wasn't done adding fuel to an already explosive fire. As millions around the world are protesting the death of George Floyd, a man who died at the hands of the Minneapolis police, and at the same time during a pandemic, an independent research firm at the University of Washington tweeted, "Racism and discrimination are critical public health issues that demand an urgent response."

"Honestly, my first thought was Greg is racist," Anton Fero, owner of CrossFit Blue House said, "That was my first thought, insensitive, rude and just with how everything's going right now it's just exposing the racism that's deep in our culture."

Fero says he cut ties with CrossFit too and has changed the name of the business multiple times before settling on "Blue House."

"It doesn't change a lot; we're unidentified as a CrossFit gym, but we've built a really good community here in Portland. We've had a great response towards it."

According to a survey conducted by ChalkUp, more than a 1,000 gyms around the world have disaffiliated their business with CrossFit since the weekend.

Reebok and Rogue Fitness, which both have partnerships with CrossFit, have condemned Glassman's remarks and have publicly stated the businesses have cut ties with the company and will reevaluate the partnership going forward.

Late Tuesday evening, CrossFit announced that Greg Glassman was out. The company posted on it's website that Glassman was retiring.

A statement posted on the site attributed to Glassman reads,

“I’m stepping down as CEO of CrossFit, Inc., and I have decided to retire. On Saturday I created a rift in the CrossFit community and unintentionally hurt many of its members. Since I founded CrossFit 20 years ago, it has become the world’s largest network of gyms. All are aligned in offering an elegant solution to the vexing problem of chronic disease. Creating CrossFit and supporting its affiliates and legions of professional trainers has been a labor of love.

Those who know me know that my sole issue is the chronic disease epidemic. I know that CrossFit is the solution to this epidemic and that CrossFit HQ and its staff serve as the stewards of CrossFit affiliates worldwide. I cannot let my behavior stand in the way of HQ’s or affiliates’ missions. They are too important to jeopardize.”

Glassman had tried to apologize on Twitter, but the damage was already done.

RELATED: 'He is going to change the world': Funeral held for George Floyd