Daughter of Holocaust survivors speaks on honoring her parents

“I never forget,” said Dorothy Goldwin. “It’s always with me." 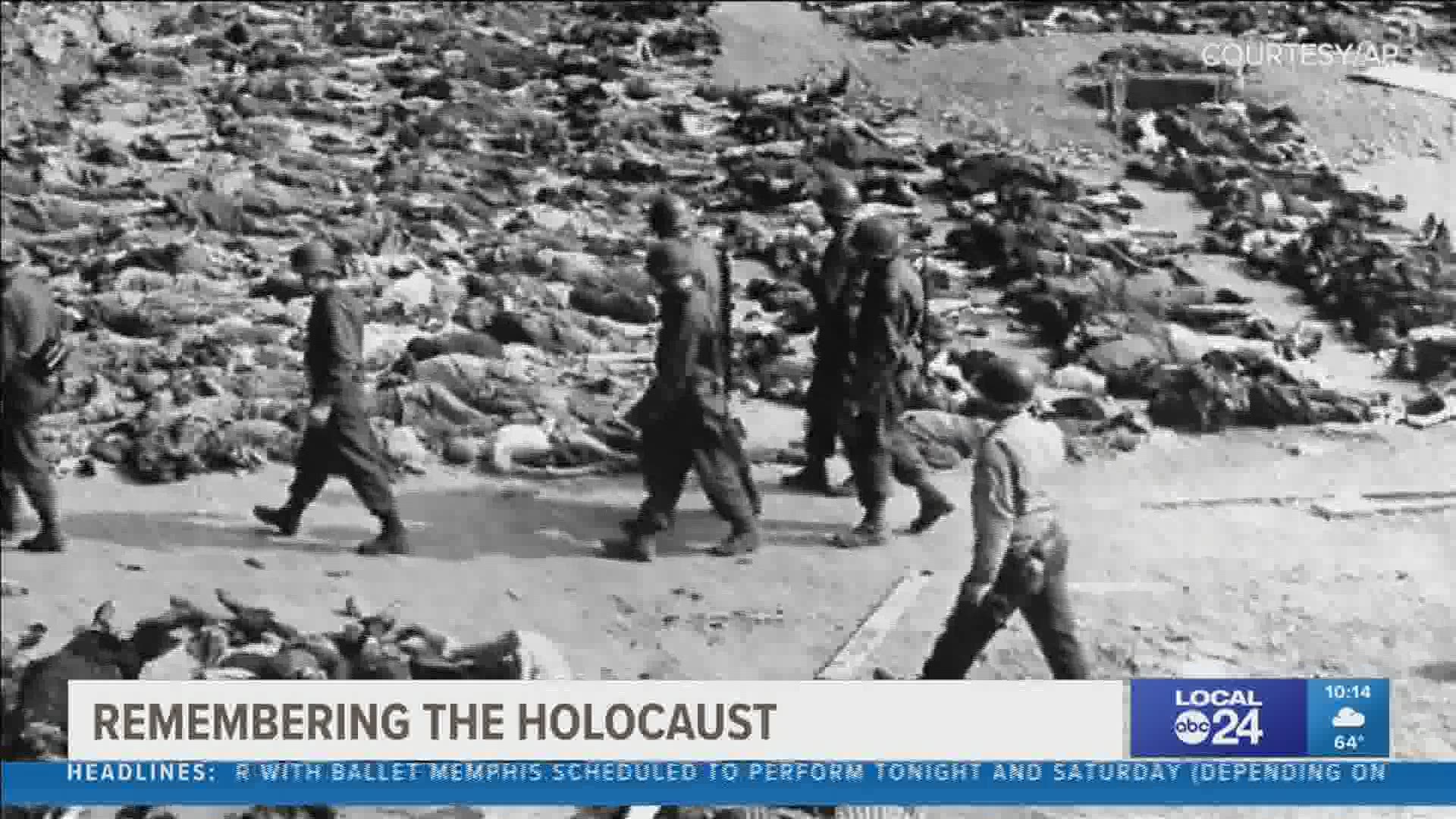 MEMPHIS, Tennessee — This week Jewish families are taking time to reflect and remember the millions of Jewish lives in the Holocaust.

It was a dark period for Nazi victims of genocide.

For Dorothy Goldwin’s parents, surviving through the Nazi regime meant beatings, abuse and losing loved ones.

“I never forget,” said Goldwin. “It’s always with me. So I work toward making sure that no one forgets.”

Her father was reduced to a number – “B-1516 -  and endured a death march, which is a forced march of concentration camp prisoners.

“He was beaten on, abused,” recounted Goldwin. “He weighed 80 pounds when he was liberated from the camps. Yet they somehow miraculously survived and came to america and made a new life here.”

Meet the parents of Dorothy Goldwin. They were both Holocaust survivors. Her father weighed just 80 pounds after leaving concentration camps. #Holocaust pic.twitter.com/9K2j6j5YxK

“For Jews this is a deep wound analogous to the kind of wound that African-Americans can understand in the history of slavery,” said Judaken.

For Goldwin’s mother letting go of the hate she had for those who imprisoned her was critical.

She later wrote a motto to keep as a reminder saying, “Do not hate – it will destroy you, you must live together in peace.”

“She realized that she had to let everything go and learn to live with love not with hate because if she spent her life living with hate she’d waste her life away.”

Now Goldwin said she’s learned the importance of teaching that hatred and indifference to it can be catastrophic.

“Through them we learned what we must do to make this world a better place,” Goldwin said. “How we must help teach how bad it is to have hate.”