10 years after viral speech about two moms, Sen. Zach Wahls and his mother reflect on his new position as Senate Minority Leader

Sen. Wahls' mother, Terry, says she instilled tenets of ethics and values in her children at a young age. 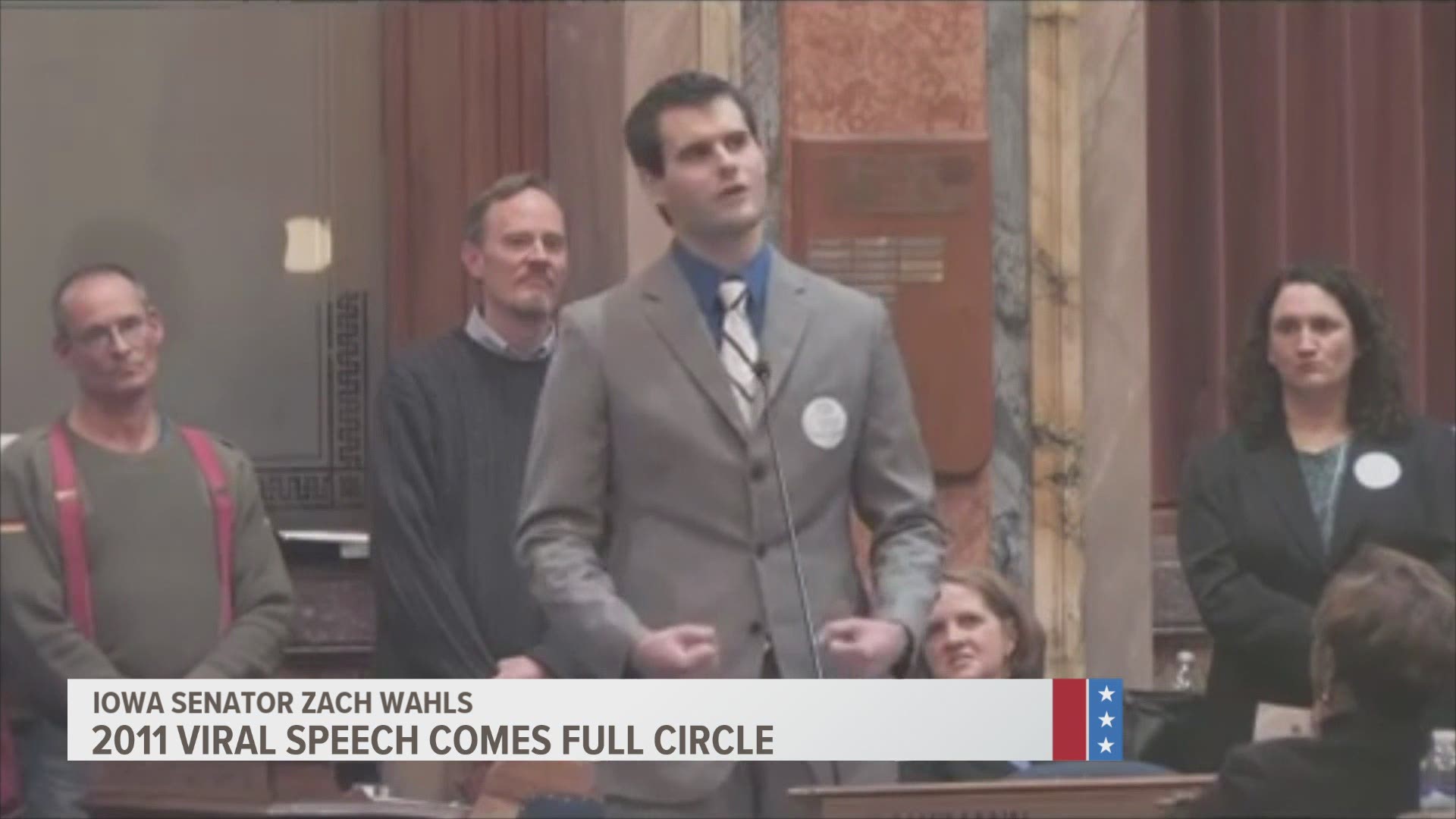 DES MOINES, Iowa — Senator Zach Wahls is no stranger to getting in front of a room of Iowa legislators and advocating in what he believes is right for Iowans--he's been doing it since he was a teenage boy.

This February, it'll be exactly a decade since the newly-named Senate Minority Leader delivered an impassioned speech on the floor of the Iowa House, advocating for marriage equality.

To Wahls, it is personal: he was raised by two mothers.

Now, nearly 10 years later and halfway through his elected term, the 29-year-old Democratic senator from Coralville is stepping into a new position of leadership as the Senate Minority Leader, succeeding Democrat Janet Petersen.

Wahls said it came as a surprise that Petersen was no longer seeking the position of leadership, and he ran for it at the encouragement of his colleagues.

"A couple people encouraged to meet to run," said Wahls. "As I think about what the future of the Democratic Party is, I think it’s good that there’s a lot of work to do. So I think that brings some new energy, some new ideas. And just a real passion for helping Iowans who are still really struggling right now.

The Senator's mother, Dr. Terry Wahls, remembers vividly the day her son become internet famous. She and her wife Jackie had calls pouring in, trying to reach the 19-year-old Zach.

"At the time, Zach is getting all of this amazing amount of attention," said Dr. Wahls. "And [Jackie] and I are like you know, this could go really wrong for a young person. To get that amount of attention they could end up making you know very foolish decisions--impulsive decision--and have it go terribly amiss."

Instead, it went terribly right -- Zach parlayed his internet fame into an opportunity to co-found Scouts for Equality.

Our Team
Scouts for Equality is committed to ensuring that the Boy Scouts of America continues to be an organization that contributes positively to the lives of America's young people. As Scouts, leaders, parents, volunteers, and supporters, we believe that inclusion and mutual respect are traditional Scouting values integral to building character, developing leadership, and promoting good citizenship.

Years later, he ran for an Iowa senate seat and won.

"We have spent a lifetime grounding Zach and understanding the connection: between every event in your life and your reaction to it, is a space. In that space, you can make a decision that defines your character. So he had a very good sense of his values, and character in that his actions speak volumes about who he is."

Republican Senator Brad Zaun, of Urbandale, says he looks forward to working with Wahls. In general, he believes the Iowa senators of both parties can work together to build Iowa back from the Coronavirus.

"This is something that we all have to do," said Senator Zaun. "We definitely did that during the peak of COVID in June; we came together as a group, Democrats and Republicans, and came up with a game plan."