'It's a different version of my grandma now': Nursing homes reopen to heartbreak for many Iowa families

Clara Petersen, whose grandmother has dementia, says the pandemic has severely taken a toll on her grandma's mental health. 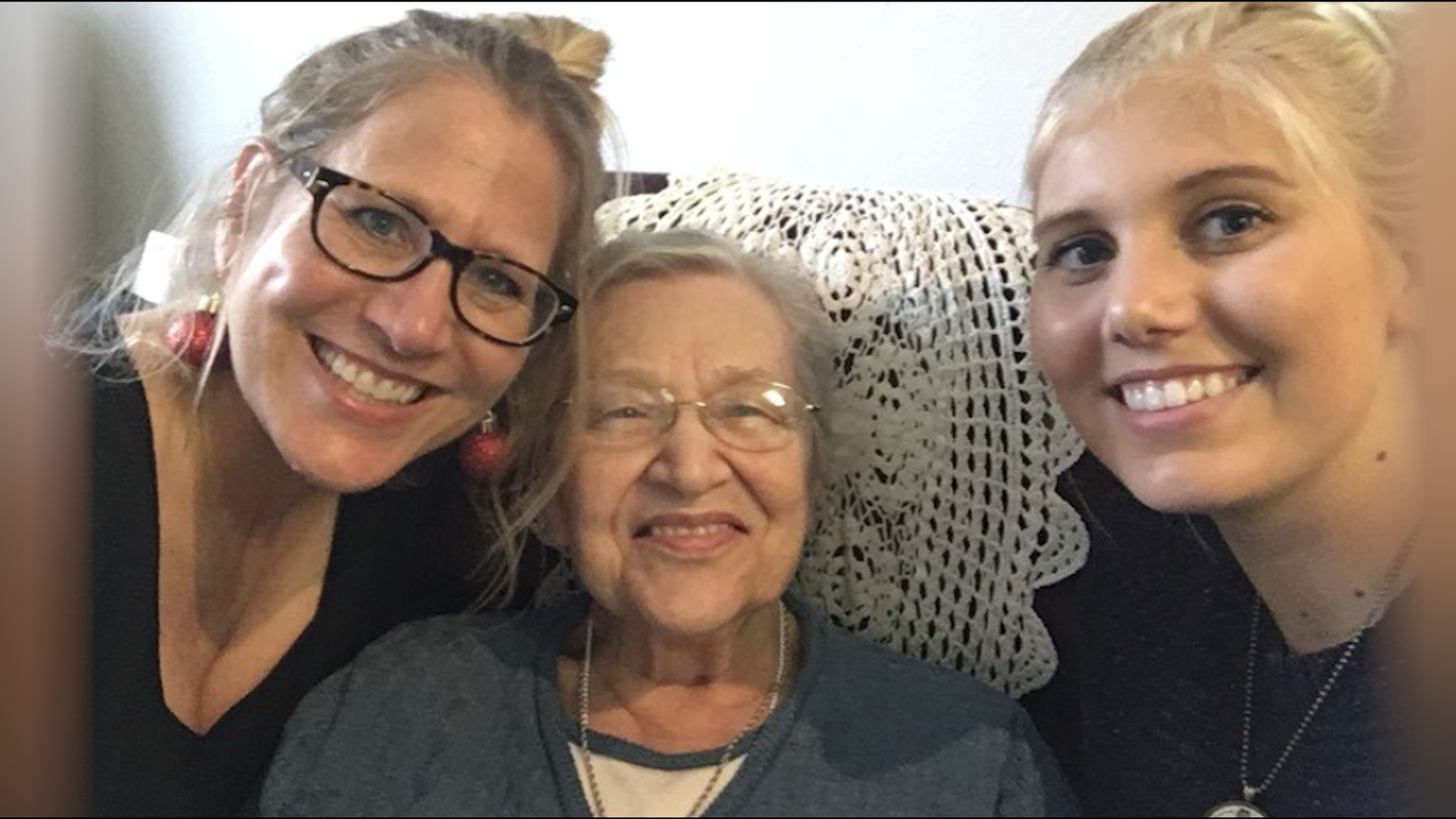 CEDAR FALLS, Iowa — Proper, but feisty. Ladylike and clever. This is how Clara Petersen has always known and loved her grandmother, Marilyn.

"She's feisty when she needs to be," said Clara. "The wittiest one-liners come right out of her mouth and you're not expecting it at all."

That spark started to dwindle once dementia took hold. Then, the pandemic happened. Clara, a student at University of Northern Iowa, began to worry that she might not be able to hug her grandmother again.

"When her dementia progressed, we didn't really know if we'd see her again," she said. "It was terrible."

To make things even more difficult, Marilyn's dementia meant that she couldn't understand why her family was no longer visiting her.

"When I would call her she would say, you really need to come visit me!" said Clara. "Either we tell her there's a big, scary virus and we can't come, and risk her being scared of that, or we let her believe that we're just not visiting her."

The feeling of abandonment is something aging people living in nursing homes felt across the US throughout the pandemic. Some of them felt abandoned up until the moment they died.

Dr. Elaine Eshbaugh, a professor of gerontology (the study of aging) at the University of Northern Iowa, says that feeling of abandonment was felt more acutely by people with dementia.

"Their reality is that they've been abandoned by their families," said Dr. Eshbaugh. "No matter how many times you explain it to them, it's just not going to stick."

A growing body of research is now showing that the cognitive and mental health of adults with dementia has declined more quickly during the pandemic.

"I don't know if there's any way family members can make up for lost time," acknowledged Eshbaugh. "I think we just have to focus on moving forward. Family members will have to accept and love the person they're reconnecting with."

Clara says when her mother was able to visit Marilyn recently, she appeared visibly different.

"She's a little skinnier now, and her hair [which has always been] super short to her head, is now long and stringy," said Clara. "It's honestly just a physical representation of the last year."

Credit: Clara Petersen
Photos taken before and after the pandemic show the difference in Marilyn's appearance.

Though she knows the visits may never be the same as before, Clara's just thankful she'll be able to visit her grandma at all now.

"There just becomes a time when you're like, I need to hug my grandma."

RELATED: Urbandale nursing home: less than half of staff has been vaccinated