Searching for answers, mother turns to breast milk donations to feed her baby

Baby Veda's pediatrician told her mother, Ashley, that she was not producing enough milk. 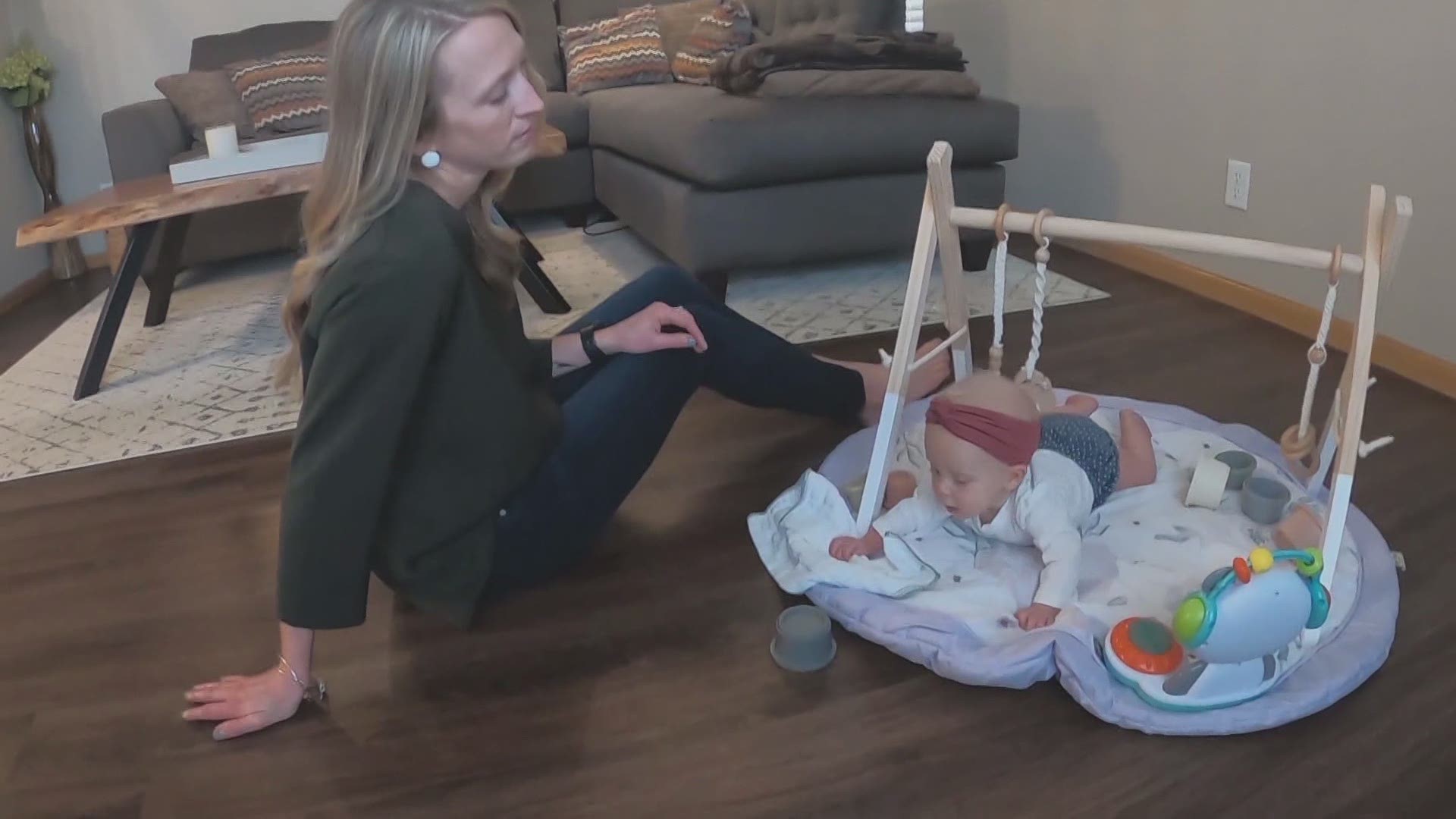 DES MOINES, Iowa — 1-in-5 moms do not produce enough milk for their babies.

Ashley Danielson one of them. She and her husband gave birth to baby Veda just six months ago.

"She rarely cries. But when she really cries, she's always smiling."

Ashley planned to breastfeed after giving birth to her baby girl.

"My expectation was that it was just going to go beautiful," Ashley said. "And that's what I thought. I never expected that we would have any issues."

But at just a week-and-a-half, reality set in. The pediatrician said Veda wasn't getting enough milk.

The devastation was especially hard given the fact that Ashley is a registered dietician and studied the health benefits of breastfeeding.

Ashley started using a supplemental nursing system. It's very similar to a feeding tube and moms are still able to watch the baby.

"They still breastfeed but then you put breast milk into a container and the tooth inserts into the mouth," Ashley explained.

And in that system, Ashley puts breast milk from someone else.

"We were able to get connected with a mom who had a baby and had excess breast milk and get that breast milk donated to Veda."

Breast milk donation is something that isn't talked about much, but it has changed Ashley's outlook on raising her little girl.

The University of Iowa Stead Family Children's Hospital offers the Mother's Milk Bank of Iowa, a program that allows moms to donate extra breast milk they may have and a place that moms who do not produce enough milk can go to for donations.

RELATED: 51-year-old mother acts as a surrogate for her daughter, gives birth to her own granddaughter