Mayln Teah said she was excited not only because she finally was the legal mother of the four siblings, but also because the adoptive process was over. 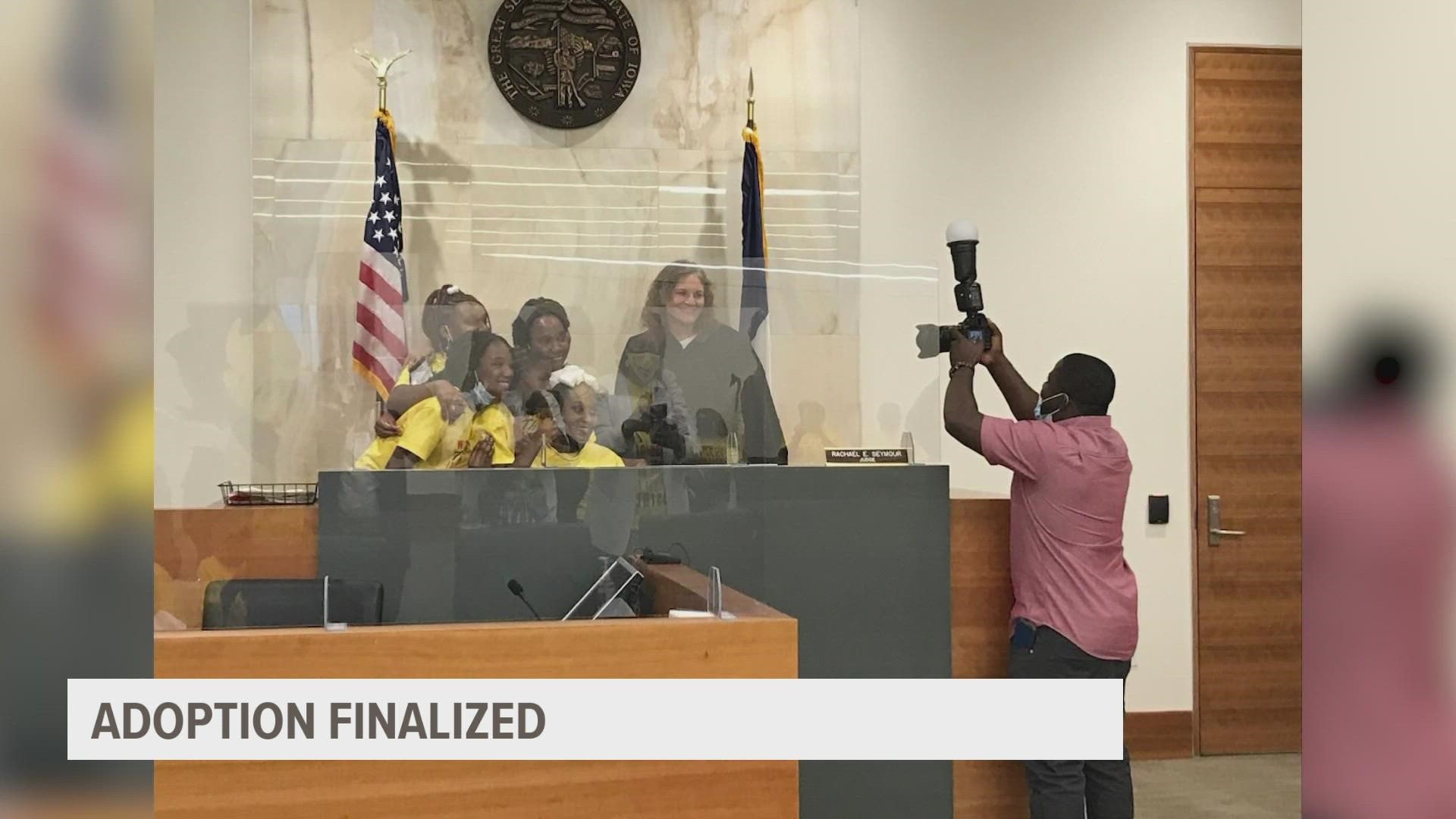 DES MOINES, Iowa — Mayln Teah went from being a mother to four to a mother to eight on Wednesday.

Local 5 first told you about Teah last December when she was just starting the adoption process.

"I am so happy," Teah said, posing with her kids and Judge Rachael E. Seymour after the adoption ceremony.

She said she was excited not only because she finally was the legal mother of the four siblings, but also because the adoptive process was over.

When we first told you about Teah, she was trying to adopt five siblings, but one of them, Denise Wright, recently turned 18.

Teah said she still plans to legally adopt Wright, but the adoption process for the younger kids came up first.

"To finally see that happening, now I feel like I'm at ease," Wright said. "I'm at peace that my siblings are in the stable hands of Mayln."

Teah had a long fight to get custody of the siblings.

Wright and her siblings were have been staying with Teah for months because their biological mother struggled with mental health, and was unable to take care of them.

At one point, the five siblings were divided into three different foster homes.

Grace Paye, Wright's friend from school, learned of these circumstances and told her mom—Teah.

She said she's glad she did because her friend eventually became her family.

"Regardless of the legal papers, regardless of anything that has to do with being on paper physically, we've been family since the beginning," Paye said. "This has been my meant-to-be family."

Teah said she is glad her daughter told her about those kids, who are now her own.

"Words cannot even describe what today means to me," Teah said. "To have a place that they can forever call home... and I get a chance to protect them."

RELATED: West Des Moines mother of 4 in the process of adopting 5 siblings

RELATED: US family, mid-adoption, try to get Afghan child out