Owner Shelby Smith said her sales in three out of the four quarters last year doubled compared to 2019. 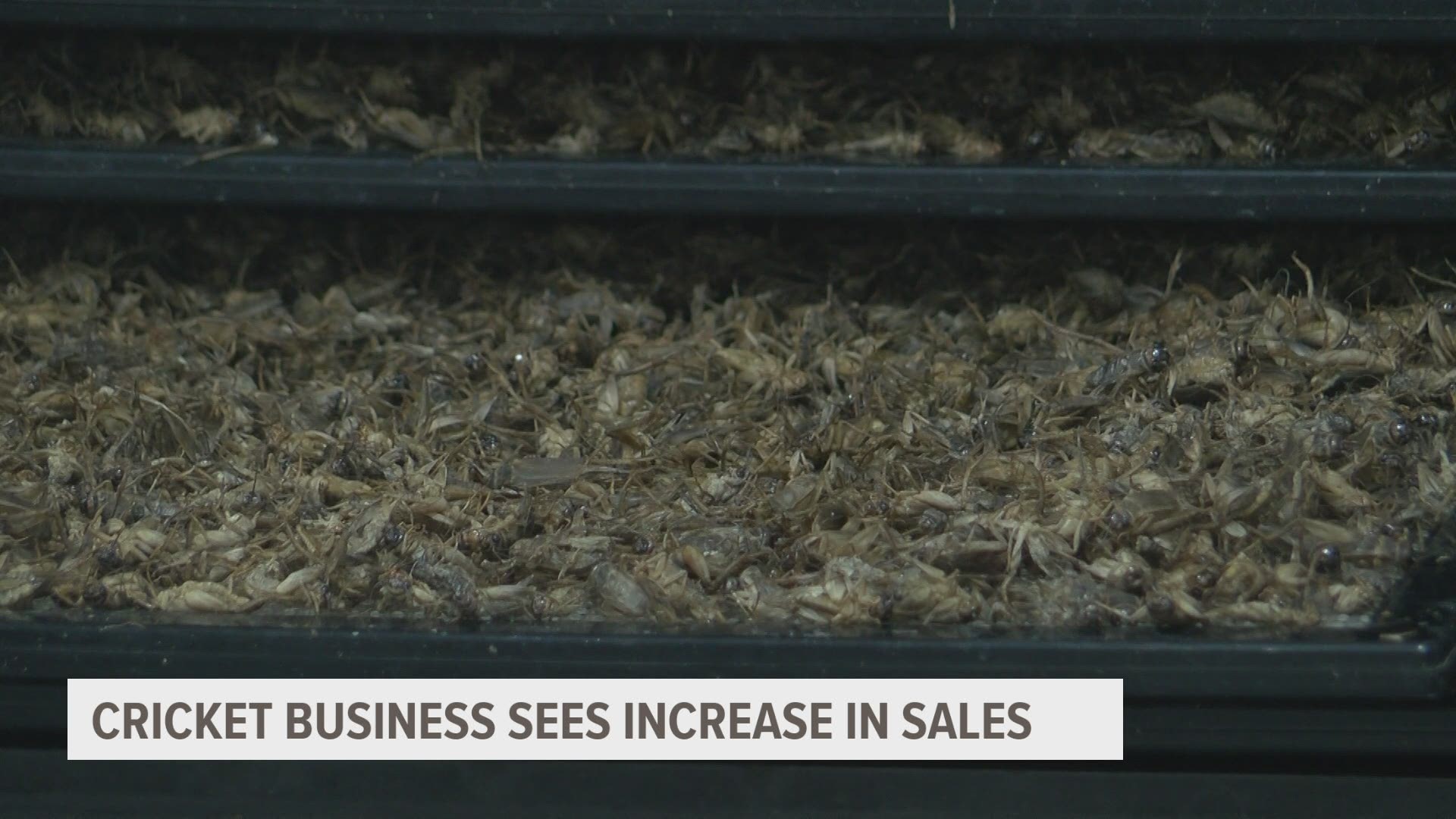 COLLINS, Iowa — While many businesses struggled in 2020 due to the impacts of the coronavirus, the owner of Gym-N-Eat Crickets said her business saw an increase in sales.

Shelby Smith started the unusual food business in 2018. She sells dry-roasted crickets that come in an assortment of flavors, cricket protein bars and cricket powder.

Her 2020 sales in three out of the four quarters doubled compared to 2019, and she attributed this to her products being sold in more places.

The majority of those stores are in the Midwest and central Iowa.

According to the Associated Press the edible insect market is projected to grow into a $7 billion industry by 2025.

One of the more recent entries into this industry is Smith's cricket supplier Mathew Henderson. He and his partner own Awkward Silence Farms.

Henderson started growing crickets in March 2020, and only sells his product to Smith.

"We're going to expand in the future but hopefully it is to just to keep up with Shelby, because especially in the human consumables world, she's going to be a decent-sized player once that one billion dollar market value hits," Henderson said.

For 2021, Smith hopes her expansion continues. She wants to be in 100 new retail stores and also hopes to get involved with the Iowa State Fair.

"I also think crickets at the State Fair would be a nice little addition," Smith said. "A cricket challenge to see who will eat them and who won't."

If you would like to buy one of her products or want to find out where they are sold, click here.

RELATED: The process, not perfection | Inside a West Des Moines art studio for both kids and families