Friday night fish fry with a side of giving back.

Knights of Columbus keep the charitable tradition alive in the pandemic. 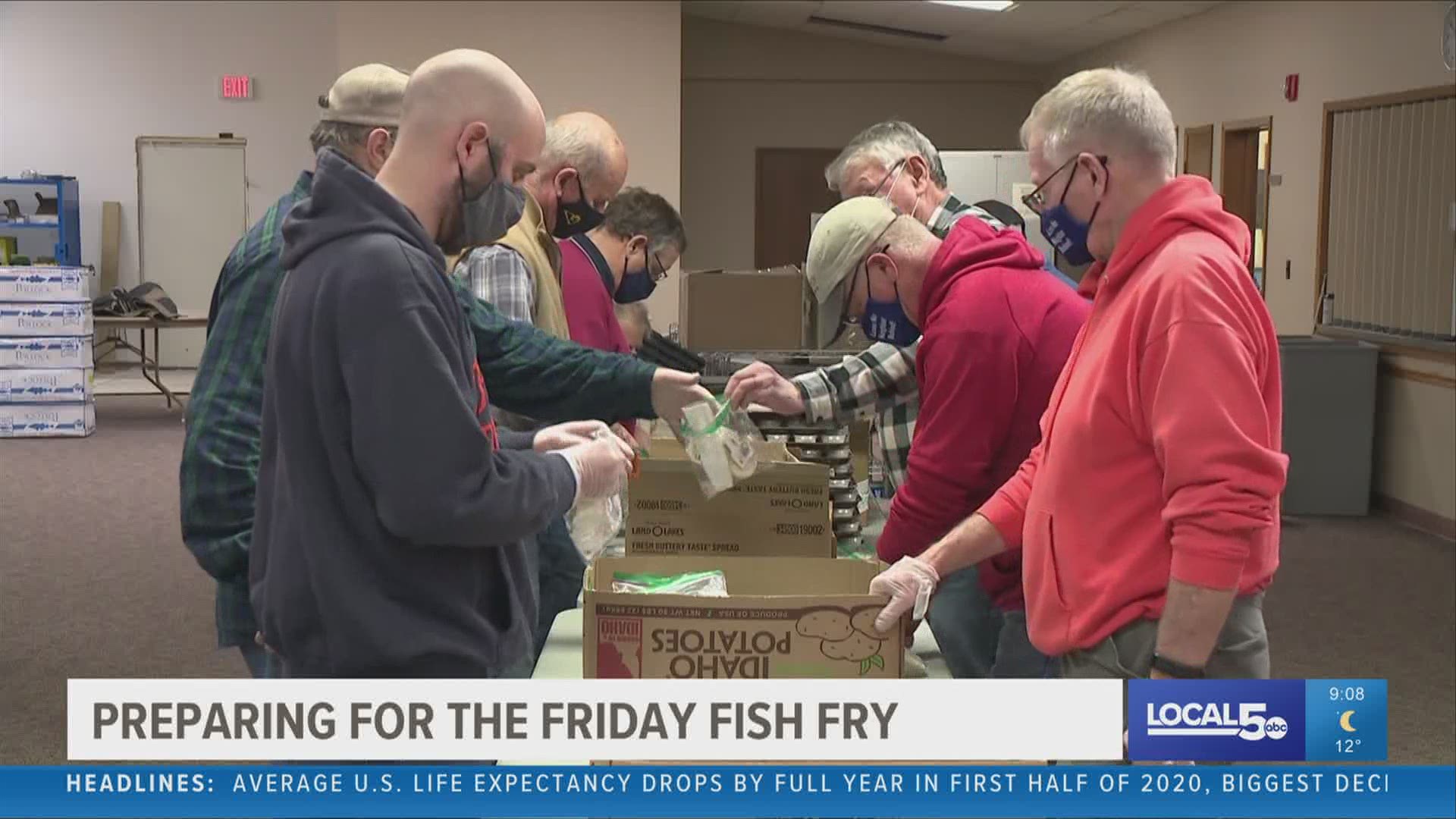 ALTOONA, Iowa — Lent  is underway and one tradition during this time is the Friday night fish fry. The Knights of Columbus chapter in Altoona is preparing for the big feast.

The meal is offered at Ss. John & Paul Catholic Church in Altoona. They say they used to have it indoors as a sit down style event, but a few years ago switched to drive-through which has made it very easy to adapt to the pandemic.

This is also a big opportunity for the chapter to give back. Grand Knight Jack Kopecky said  "Our first fundamental is charity so the more we can raise, the more that we can give back to the community, to different charities, and it's just a great feeling that all these guys have that we want to give back."

They say they fully expect over five hundred people to come through the line Friday night starting at 4:40. Each meal comes with three fried fish filets, a baked potato, green beans and macaroni and cheese. The suggested donation is $10 and all donations go to charity.