Even when restaurants don't partner with a delivery app, their menus may end up on the platform. 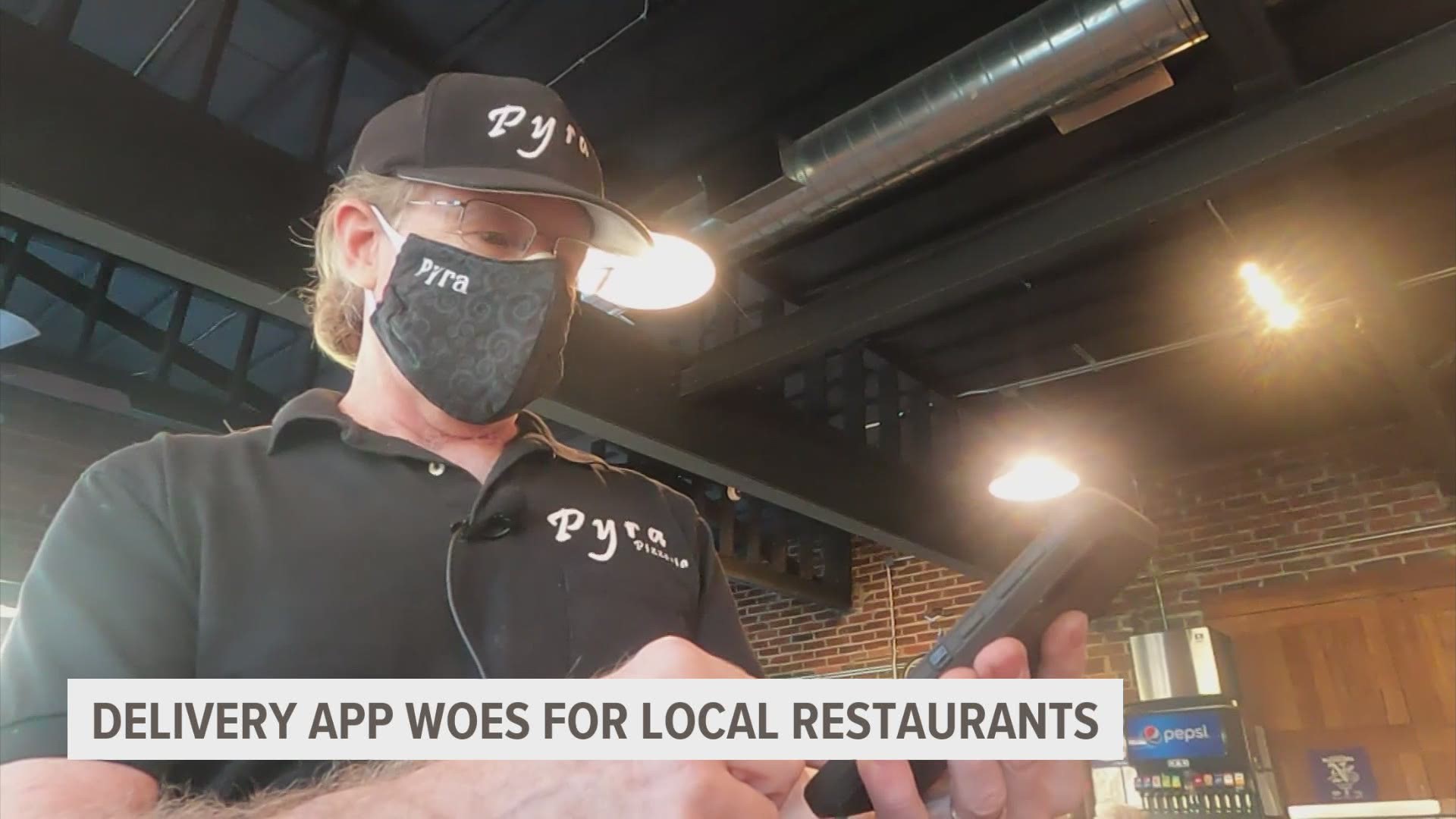 NORWALK, Iowa — Third-party food delivery apps like Grubhub, Uber Eats or DoorDash are widely seen as convenient for customers and a way to drive revenue for restaurants.

During the pandemic, those apps often helped create a delivery option if a restaurant didn't have one in place.

Some restaurants aren't interested in participating, so they don't sign up. But their menus still may be a part of the platform.

"The practices of third-party delivery apps have been, what we consider, predatory to the restaurant industry," Iowa Restaurant Association President and CEO Jessica Dunker said.

Steve Taylor owns Pyra Pizzeria in Norwalk. He says he hasn't signed up for any delivery app because the fees are to high.

But when he searches his restaurant online, he doesn't like what he finds.

"You see our restaurant, and then you see GrubHub," Taylor said as his scrolled through the details of the his restaurant online.

But Taylor isn't partnered with Grubhub, and the the menu listed is out-of-date with incorrect pricing.

Besides the inaccuracies, when something goes wrong with delivery—like when a delivery is delayed or the food arrives cold—his customers call him.

"The customers think its on us, and we get phone calls asking where our food is complaining that it’s cold because its been an hour," Taylor said.

Local 5 reached out to the major delivery apps. Only Grubhub responded acknowledging the practice of adding restaurants without owner approval.

In a statement, they said: "We’ll also add restaurants to our marketplace when we see local diner demand for delivery so the restaurant can receive more orders and revenue from deliveries completed by our drivers."

The company says that of the 300,000 restaurants on their platform, they have formal arrangements with 245,000 of them. They note restaurants can email them to request updates to their menus or to be removed all together.

The Iowa Restaurant Association believes the issues rests with lawmakers.

"We have been concerned about the practices for some time and had started down a path—pre-pandemic—toward legislating and putting some regulations in place related to third-party deliver," Dunker said.

Taylor thinks part of the solution is making sure customers know what arrangement, if any, a restaurant may have with a delivery app. That way a customer knows who to contact if there is a problem.

"It’d be nice if things were a bit more transparent."

Are you a restaurant that appears on third-party delivery apps without owner approval? Email reporter Jon Diaz or text Local 5 at 515-457-1026.

RELATED: Iowa hotel industry suffers, with bleak projections for first half of 2021