Hy-Vee is voluntarily recalling its Chicken Street Taco Kit due to eggs not being declared on the product's label. 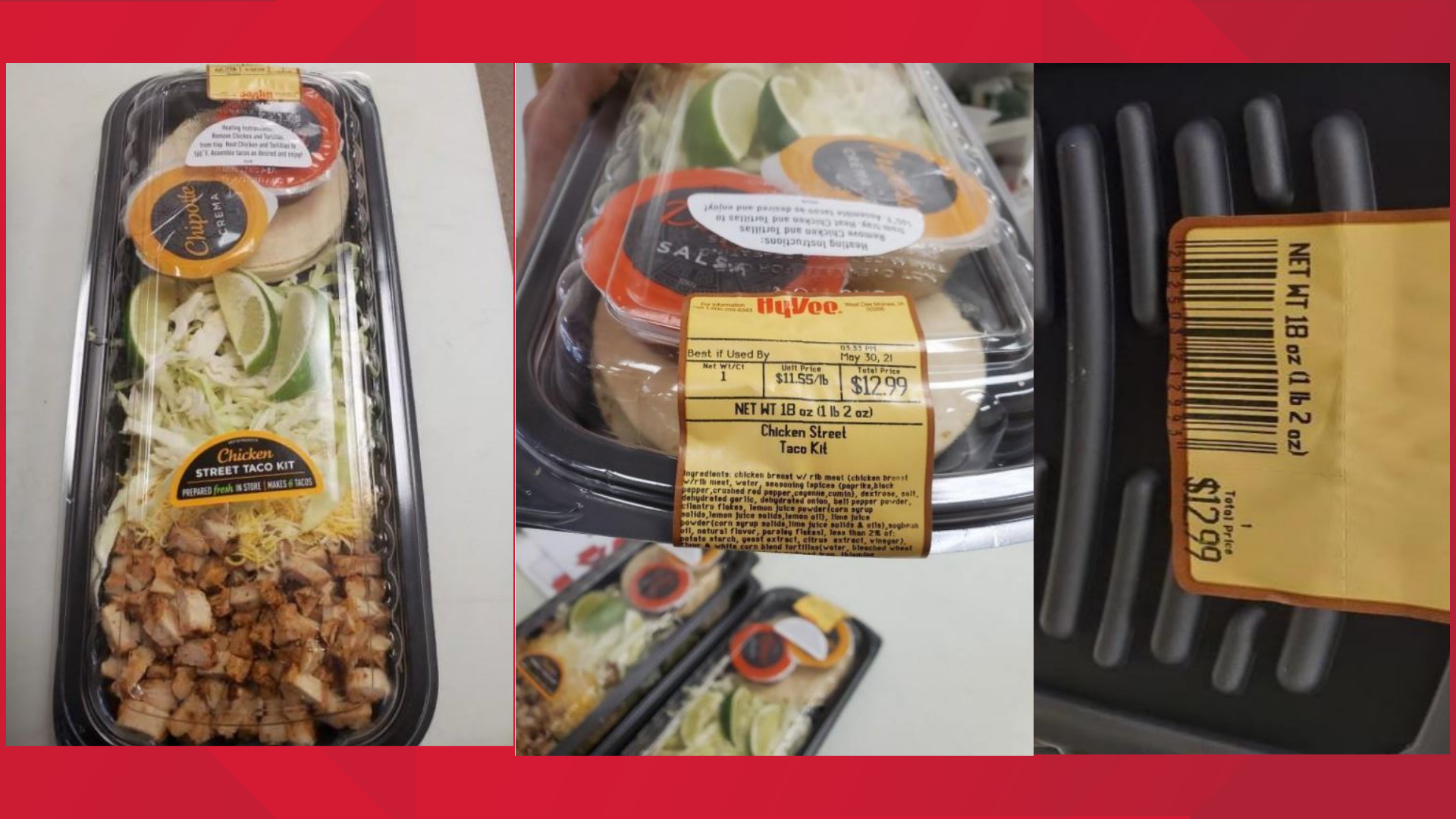 WEST DES MOINES, Iowa — Hy-Vee is voluntarily recalling its Chicken Street Taco Kit after supplier Reser's Fine Foods announced their own recall for eggs not being declared on the product's packaging.

A bulk shipment of Reser's Fine Foods' Chicken Taco Kits was repackaged by Hy-Vee to make their own Chicken Street Taco Kits, according to Hy-Vee.

The bulk kits from Reser's contained Chipotle Crema Sauce, which contains egg that was not declared on the label.

Those with allergies or severe sensitivity to eggs are urged to throw out the product and not eat it. Eating the product may cause "serious or life-threatening" reactions.

The recall includes kits that were sold in deli cases in black plastic trays with clear plastic lids and the UPC 02-82503-09993. Food impacted will have a "Best If Used By" date from before May 27.

There have been no reports of illness or complaints involving the product as of Wednesday, according to Hy-Vee.