A proposal was submitted with the city for a location on South Wadsworth Boulevard, but plans are in the early stages. 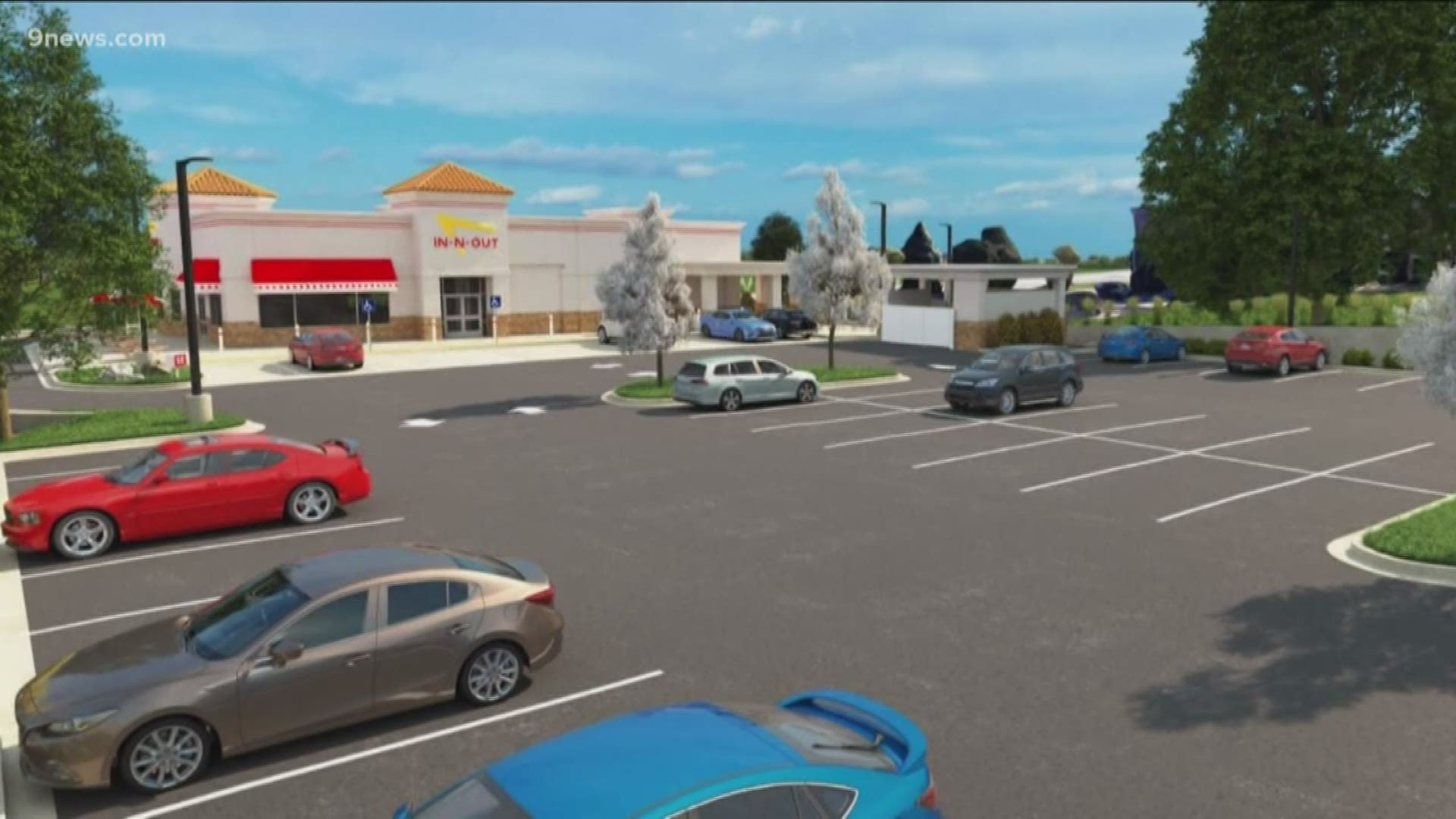 LAKEWOOD, Colo. — In-N-Out Burger has filed paperwork with the city of Lakewood to bring the California burger to a site on South Wadsworth Boulevard.

The chain has submitted plans for a location at 150 S. Wadsworth Blvd. which is just north of West Alameda Avenue and South Wadsworth Boulevard.

The site plan is the first document submitted and is currently under review by the city of Lakewood, a spokesperson said.

Staff members are in the process of providing comments to In-N-Out Burger about the proposal, and the company is working with staff on proposed changes the spokesperson said.

There's no timetable on when the project might be approved or when the restaurant could potentially open.

Late last month, it was announced that the burger chain will open in Aurora sometime this year. A location is planned at the Town Center at Aurora where it will take over the former TGI Fridays location.

The famous burger joint is known for its double-double burger and animal-style fries. In-N-Out Burger currently has more than 300 fast-food locations throughout several western states including Arizona, Nevada, Oregon, Utah and Texas.

In February 2019, In-N-Out Burger closed on two parcels of land in Colorado Springs, where plans for a distribution facility, office building and restaurant are currently in the works. The land is located in the Victory Ridge development near Interquest Parkway and Interstate 25.

In November, Lone Tree City council approved construction for a location near Park Meadows Mall. The 3,867-square foot restaurant will be located at 9171 E. Westview Road is expected to open late this year.

RELATED: There are more than 30 items on In-N-Out's secret menu. Here's what you should try