Looking to spice up a recipe? Hilal Groceries can help

Hilal Groceries has "a little bit of everything," but the co-owner said their spices and seasonings are the most popular. 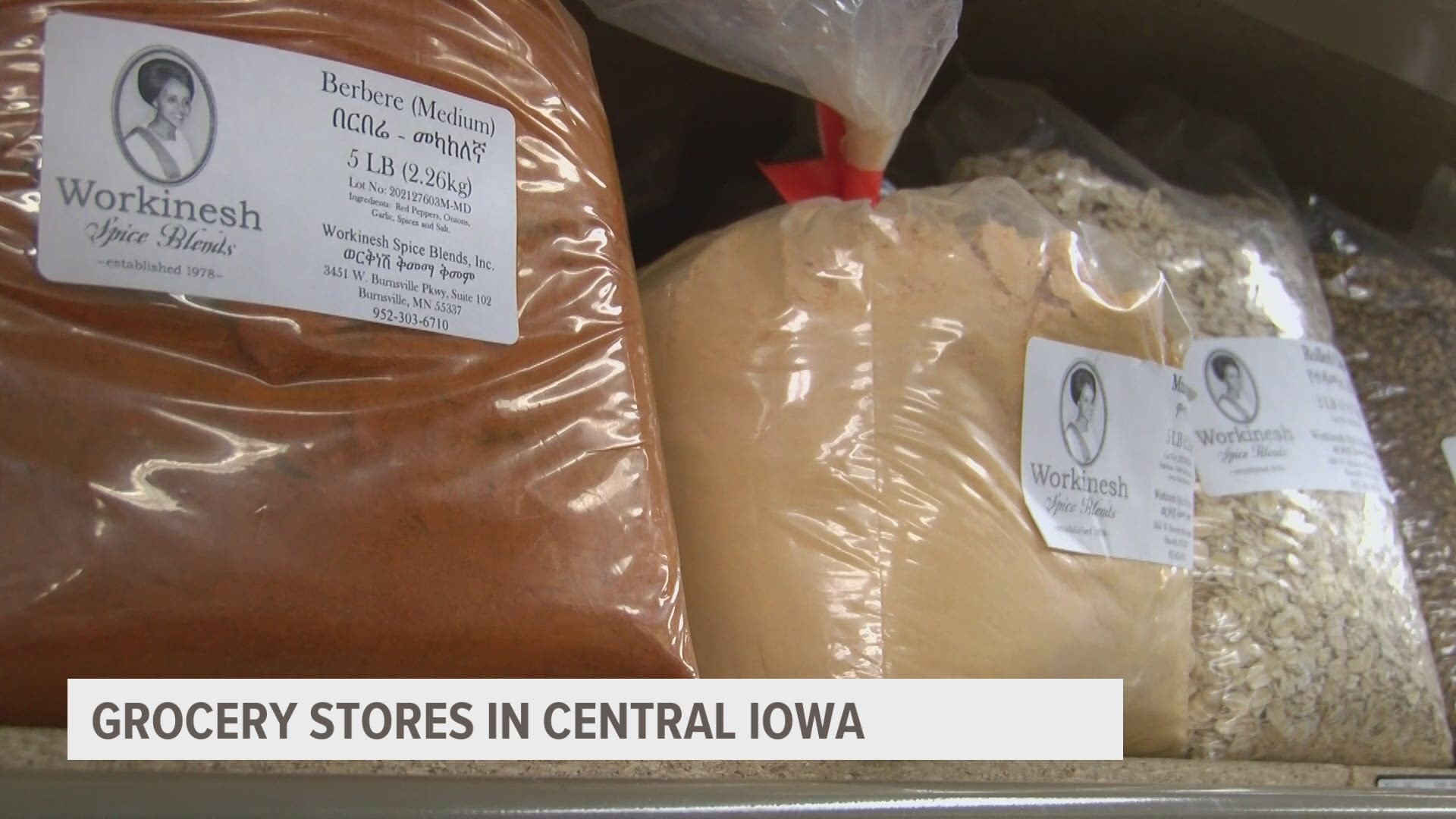 DES MOINES, Iowa — Hilal Groceries is an ethnic grocery store that's been in the Drake neighborhood since 2001.

Salah Salah owns the store with his father. Salah said when the store first opened they mostly sold Middle Eastern products, but now their selection is more diverse.

Salah said his father started the business a few years after the family moved to Des Moines from Egypt.

"He just felt like there was a need for it because when we moved here for the three years before this was open, we didn't eat the stuff that we got to eat back home," Salah said.

Spices and seasonings are some of the main things customers come in for.

One of their most popular seasonings is Maggi, which is right near the front door.

"When we eat our food it's very flavorful," Salah said. "When you walk in our home you'll smell it from the outside. We're big on flavors."

Salah said he started helping his dad out at the shop nearly six years ago.

Since then, he's worked to attract a younger clientele. To do that, he added frozen foods that are quick to eat.

"When they come in here and find things that they can't find [anywhere] else it's something from their childhood, they'll come in here looking for a tea or a spice that they couldn't find for a long time and it makes us feel like that's what we're here for," Salah said.