Manhattan Deli is selling 300 to 400 sandwiches a day despite being under new ownership and road construction blocking a good portion of their street. 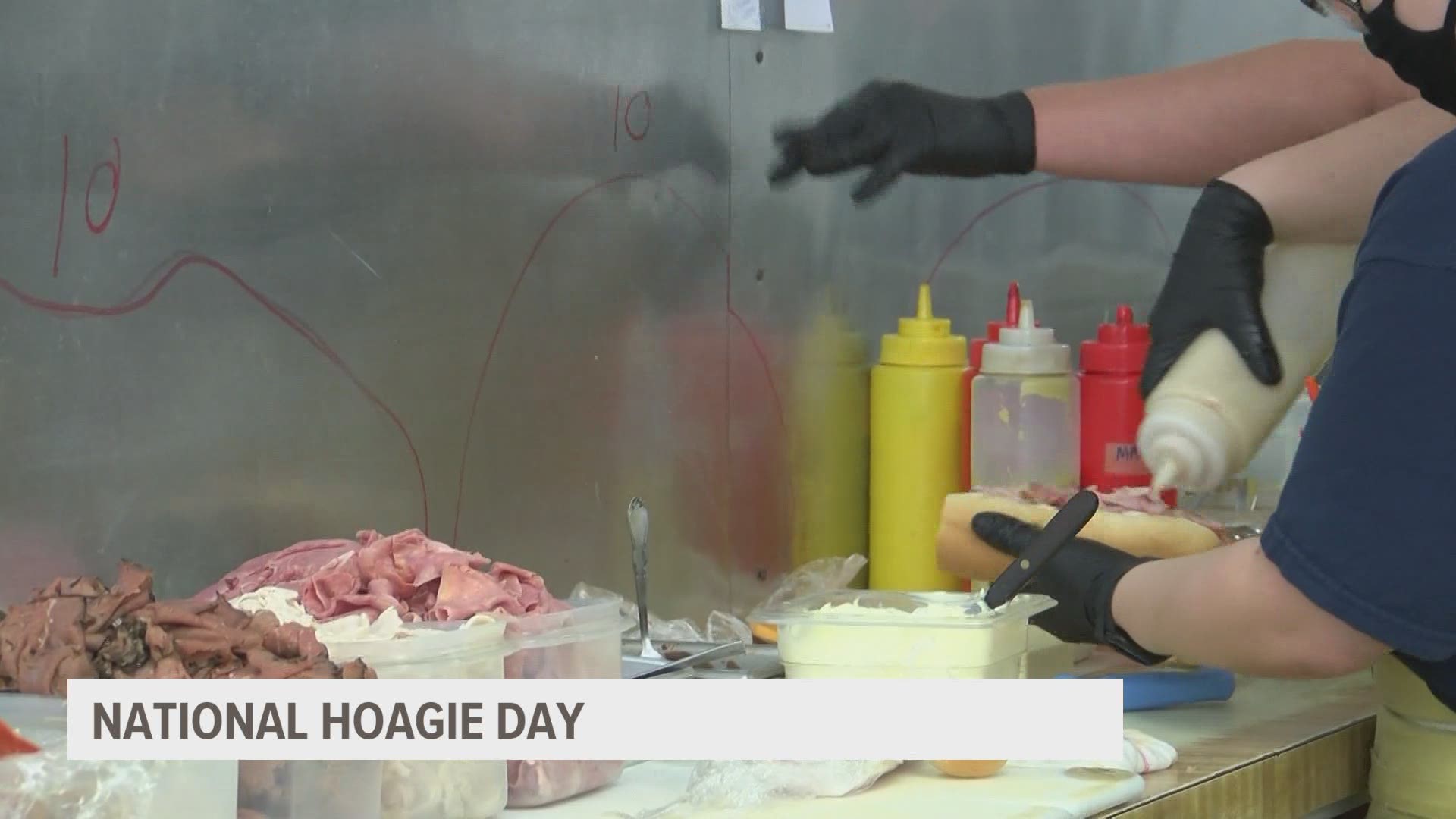 DES MOINES, Iowa — Wednesday is dedicated to those who like a hearty sandwich, because it's National Hoagie Day.

The term hoagie originated on the East Coast according to Bon Appetit Magazine, but has strong ties to Des Moines because it's one of the customers' favorites at Manhattan Deli.

Manhattan Deli has been around for 40 years, but recently switched owners in August 2020 to Carey Hansen and her husband.

The pandemic has not really impacted business too much since switching owners, the Hansens told Local 5.

And neither has the constant construction on Ingersoll Ave, where the sandwich shop is located.

"So we just completely pivoted from dine-in to carry-out and changed the way we did our phone system, our packaging," Carey Hansen said.

As a result, Manhattan Deli has been selling around 300 to 400 sandwiches daily.

"We're seeing a big uptick right now with everybody returning back to work in the downtown area," Hansen said. "So it's great to feel like we're coming back to normal."

Some days there is a line out of the door by noon. And a popular order? The hoagie.

"A classic steamed hoagie bun. It's usually Italian-style. We build them from scratch every day with freshly sliced meats and cheeses, and then we steam them."

What makes a hoagie unique is it has a softer bread, sometimes more meat and it could be cut differently.

Hansen said the hoagie bun is used on three of their best-selling sandwiches: Mama Mia, Little Italy and The Vito.