Judy Whitney, director of the Slater/Sheldahl Food Pantry, said she and her husband started the pantry back in 1978 to serve their community. 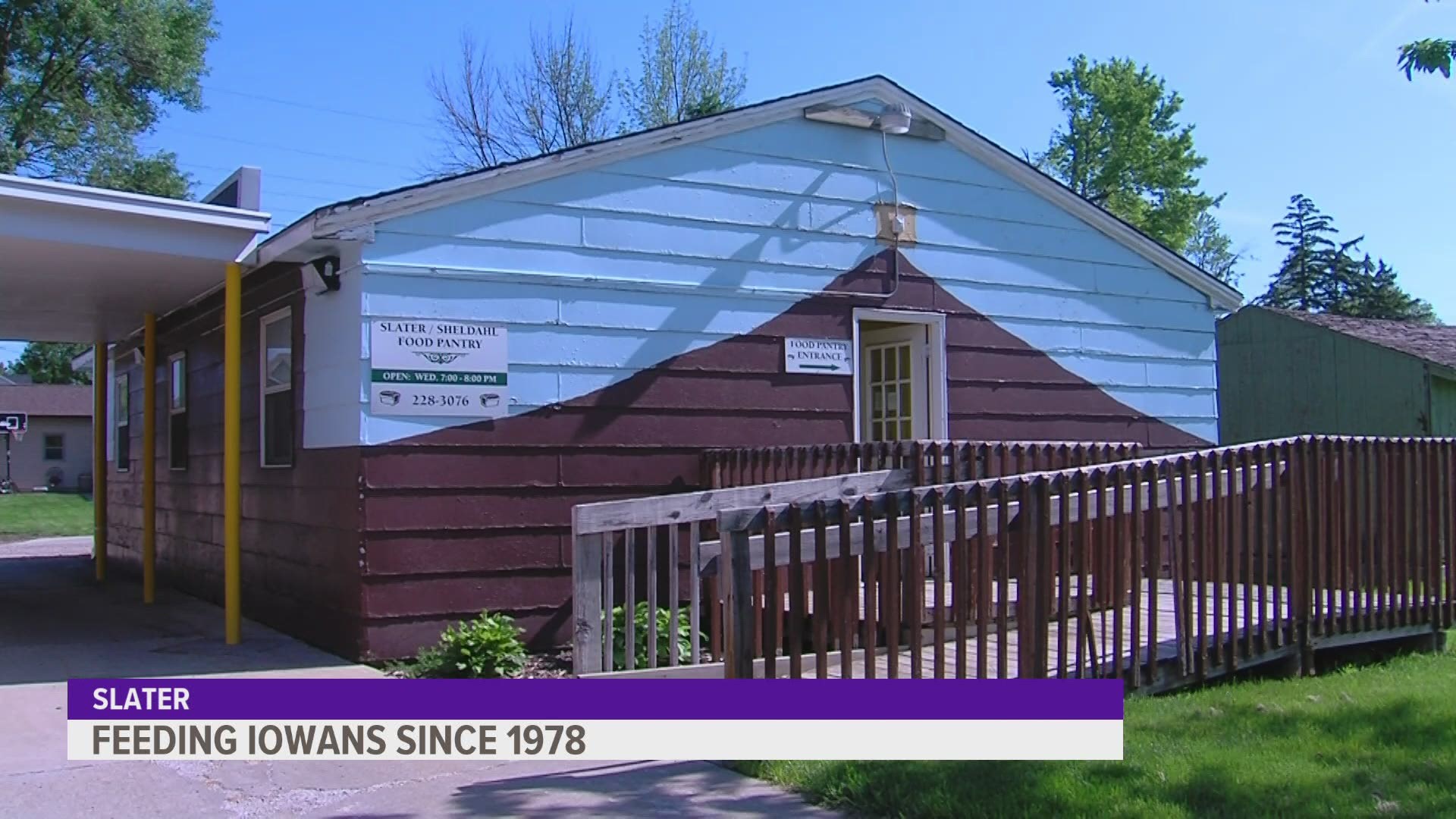 SLATER, Iowa — One food pantry in central Iowa has seen a lot more folks throughout the pandemic.

But not to worry— it's being run by a husband and wife team for four decades so they're prepared for anything.

Judy Whitney, director of the Slater/Sheldahl Food Pantry, said she and her husband started the pantry back in 1978. Two other gentlemen joined in on their quest to serve their community.

Whitney and her husband ran the facility on their own until 1998 when she went back to get her bachelor's degree.

"Then three years later, I took it back over," she said.

The pantry serves around 35-40 families each month. The families they serve have evolved over the years.

"It was mostly older people, retired people that came. And then for a period of maybe 10 or 15 years, it was younger people," Whitney said. "And now I'd say we're half and half again. So the dynamics of who we serve has changed over the years, but most of the people we serve are extremely grateful that they have someplace to go."

Those who live in the Slater area that need help or want to donate to the pantry can visit the facility at 3rd Avenue next to Bethlehem Lutheran Church in Slater.

if you live in slater or in that neighborhood and need some help or want to donate -- here's their address.

RELATED: Bullied as a kid for her shoes, this Air National Guardsman is collecting footwear for kids in need