While within the rights of the landlord, Monika Owczarski is now left scrambling ahead of the 2022 growing season. 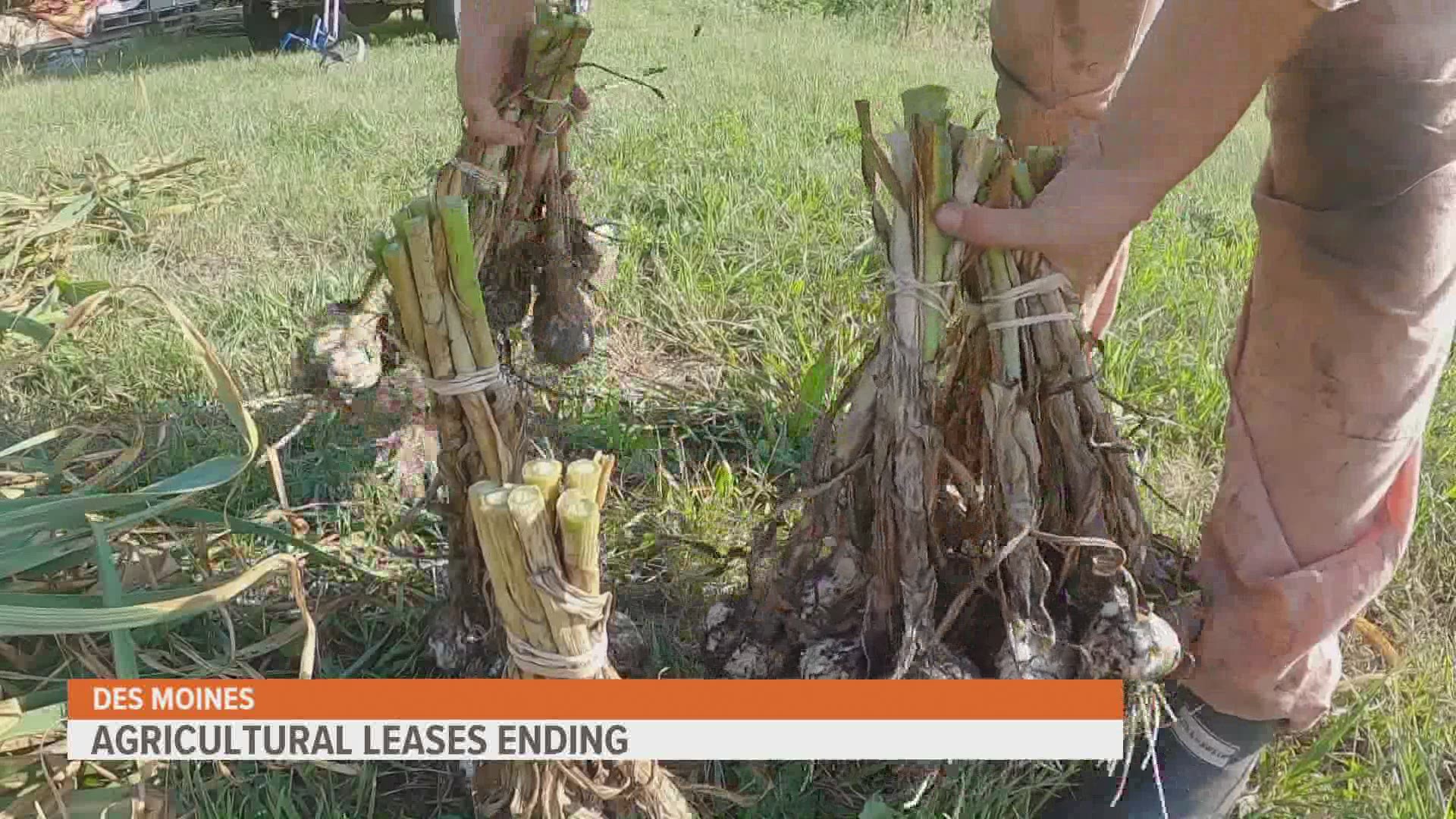 The zucchini grew quite a bit overnight, and is ready to be picked.

"I actually like zucchini before it gets too big," farmer Monika Owczarski said.

The irrigation is to thank for that. A small part of the infrastructure Owczarski has put in at her urban farm plots.

"All the infrastructure here, the fencing, the irrigation, the seeds, the compost, the water, is expensive," Owczarski said. "And I stay home with my three kids. This is my only income," she said.

She's had this plot for about three years, and it's taken that much time to make it safe and productive.

Now that it's in good shape, this year is on track to be her best yet.

It's late nights and early mornings. She was up cleaning garlic until 1 a.m., and was back up watering and weeding at 5 a.m. She had to be home by 8 a.m. so her husband could leave for work.

Being told her agriculture lease with the City of Des Moines would be ending March 2022 wasn't something she expected, or was prepared for.

"We are tenant farmers so we are at the whim of our landlords," Owczarski said.

She is, however, able to finish this year's crop.

In a statement, the City of Des Moines explained the land is meant for industrial use.

"The intent for purchasing the land has been to seek quality industrial development that adds employment opportunities to the area and increases the city's tax base," the statement reads. "The city began to more proactively market these sites within the past 4-5 years and has seen increased interest in the properties as the industrial market segment has been performing well."

Owczarski knew this was a risk she was taking, and the city had the right to terminate her lease at any point. But the next growing season starts before the current one is over.

"In order to have a garlic crop by 2022, we have to have land prepped and ready by October of this year," she said. "It's a pretty big blow."

"This timeline is not something that we chose or wanted."

Owczarski will spend the summer harvesting and maintaining what she already has. In addition, she is now acquiring real estate, getting soil tested and will eventually remove grass, add fencing, irrigation and other necessary pieces to have a successful 2022 growing season.

"It's a punch in the gut now, but sometimes things happen that just force you to take steps you've been thinking about taking," she said. "We're being pushed aggressively into the next steps of our business and providing food for our neighborhood and community. It's hard, but sometimes things are hard and you white knuckle it and you get through it."