Iowans are enjoying wildlife sightings and sharing some love for America. 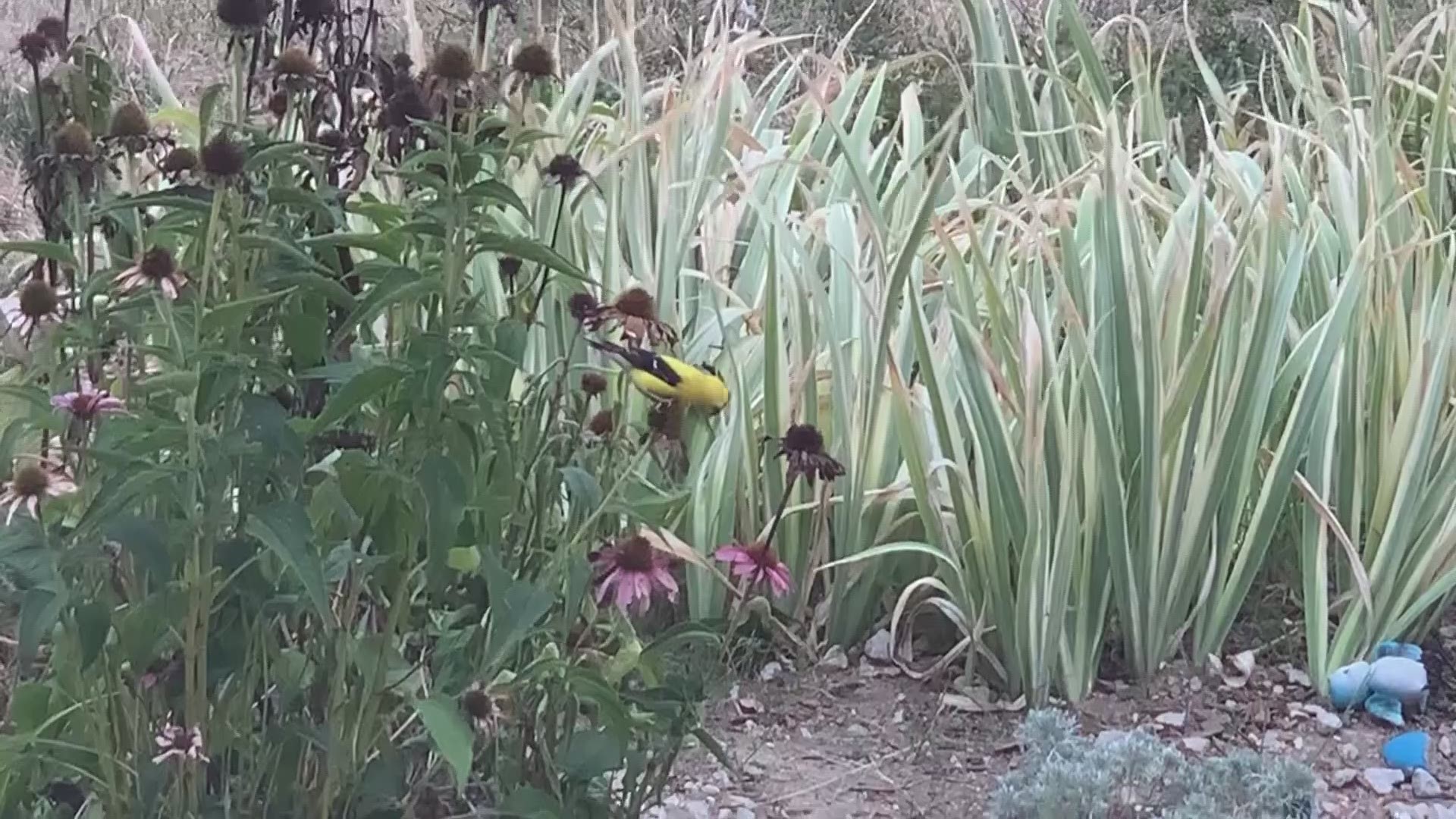 DES MOINES, Iowa — I've given up on watering the garden, but it's still full of surprises. Every morning, this little guy shows up and picks at the coneflowers, or what's left of them. In 1933 Iowa declared the Eastern Goldfinch as the state bird, as it's commonly seen in Iowa and often stays through winter. The bright yellow fades in the colder months, so try to get a look at one while you can! 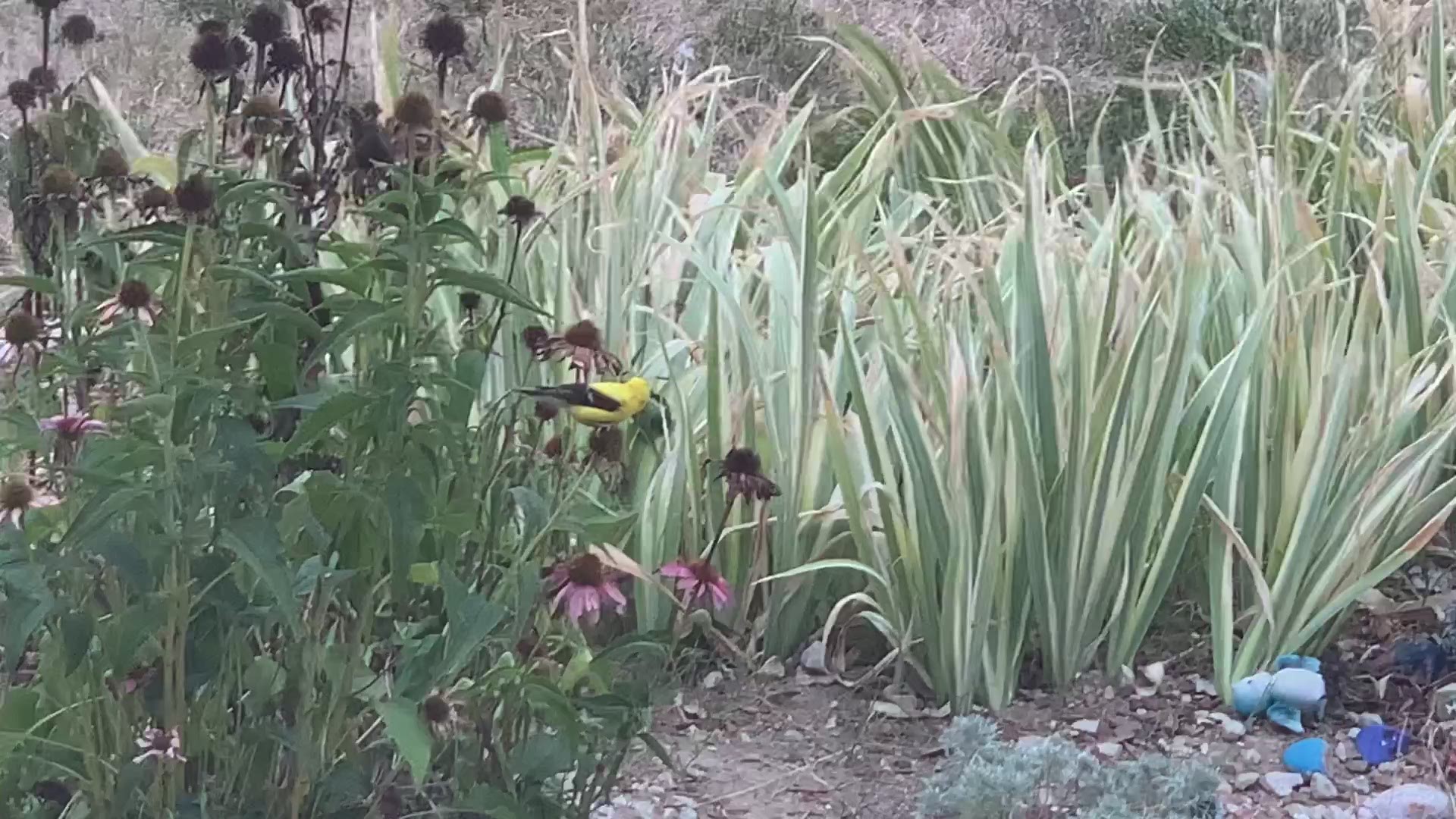 Mike had a much closer encounter with some local wildlife recently. He says he's never gotten this close to a squirrel before. That corn must have been too good to pass up. Amazing how a little food can bring us together.

Mike has also stayed really busy in the quarantine by trying to lift spirits around him. And he does this by making inspirational and patriotic signs. We have featured some of his creations before. Here's a new tribute he made for September 11th, a replica of the Twin Towers that light up.

And an American flag with an inlay of Mt. Rushmore. Mike often displays these for people to see as they pass by. Thank you Mike for sharing!

RELATED: DMPS offering free meals for all children in community