“CC came into our lives when she was a year-and-a-half old. We adopted her from China," explained CC's mother, Katie Hoover. 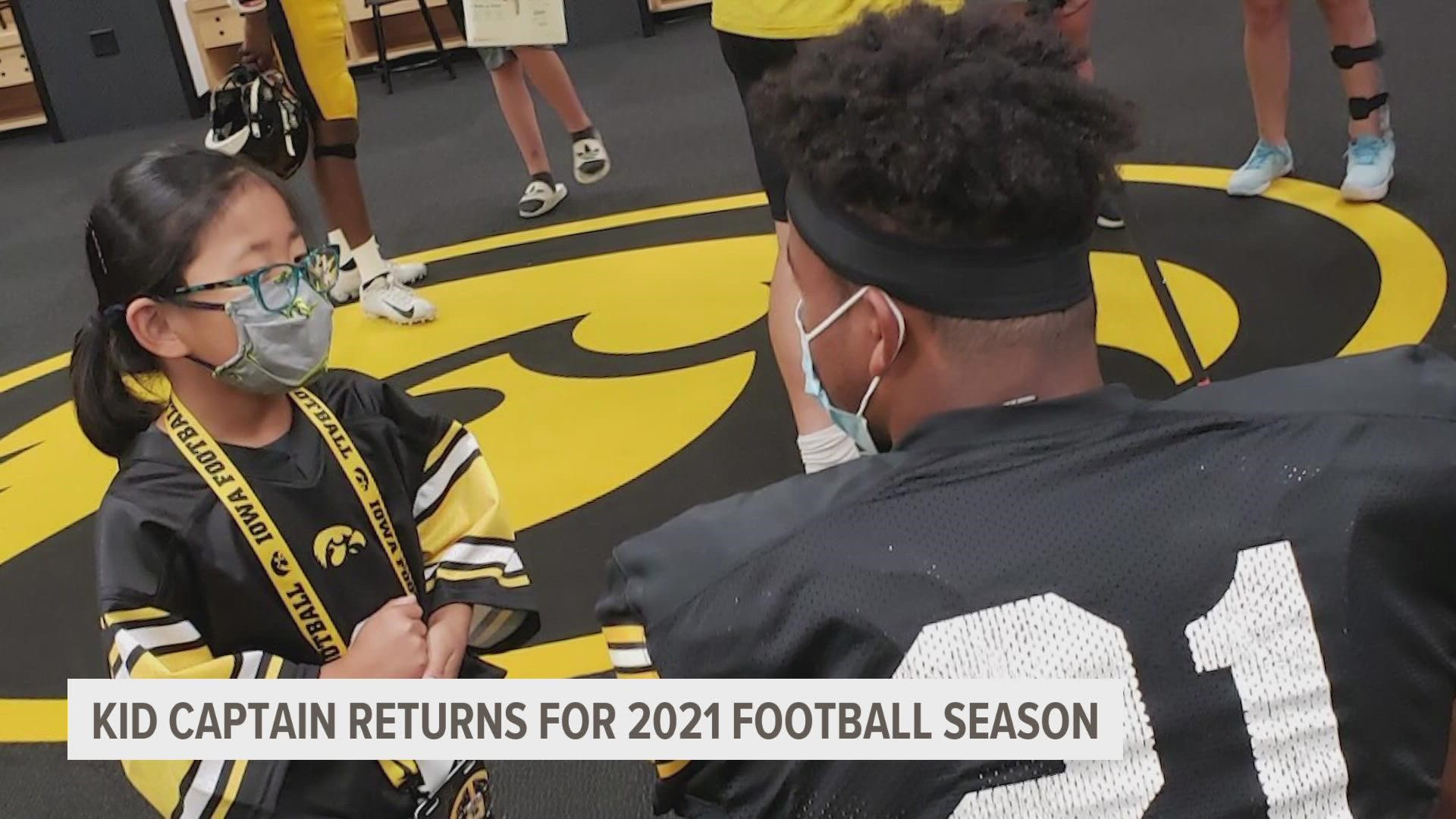 URBANDALE, Iowa — Saturday is the big game between the Cyclones and Hawkeyes, and that means it's the return of the Kid Captain.

The tradition of honoring pediatric patients at the University of Iowa Stead Family Children's Hospital was on a hiatus due last year due to the pandemic.

Twelve Kid Captains from Stead and three from Blank Children's Hospital will be honored during Iowa and Iowa State football games this year.

“CC came into our lives when she was a year-and-a-half old. We adopted her from China," explained CC's mother, Katie Hoover. "When she was around three years old, we realized she was having trouble potty training.”

Her pediatrician referred the family to the University of Iowa Children's Hospital for an overactive bladder and leaking.

Since then, CC has had five surgeries. Her last surgery was in May 2020, which lasted more than 10 hours.

Everyone meet this years Kid Captain for the University of Iowa! Her name is CC and she loves dinosaurs! I'll have her story tonight at 5&6 on We Are Iowa Local 5 News.

“That was probably the most stressful one because we both couldn’t be there. Only one parent could be there at a time. Things were really strict in the hospital, understandably so," said her father, Nick Hoover.

When the 2020 football season started, CC was picked as a Kid Captain. However, COVID-19 had other plans, forcing officials to cancel the Kid Captain tradition.

It wasn't until a year later the Hoover Family told CC she was picked from thousands of pediatric patients.

When asked how they kept it a secret Nick said, “Not very well at times!"

CC said the honor of Kid Captain is fun and is excited to be on the field.