8-year-old runner honors late grandfather with one shoe and 3.1 miles of determination

FLOWER MOUND, Texas — A single photo can travel around the world. An 8-year-old boy from Denton hopes one photo that captured his determined gesture to his belo... 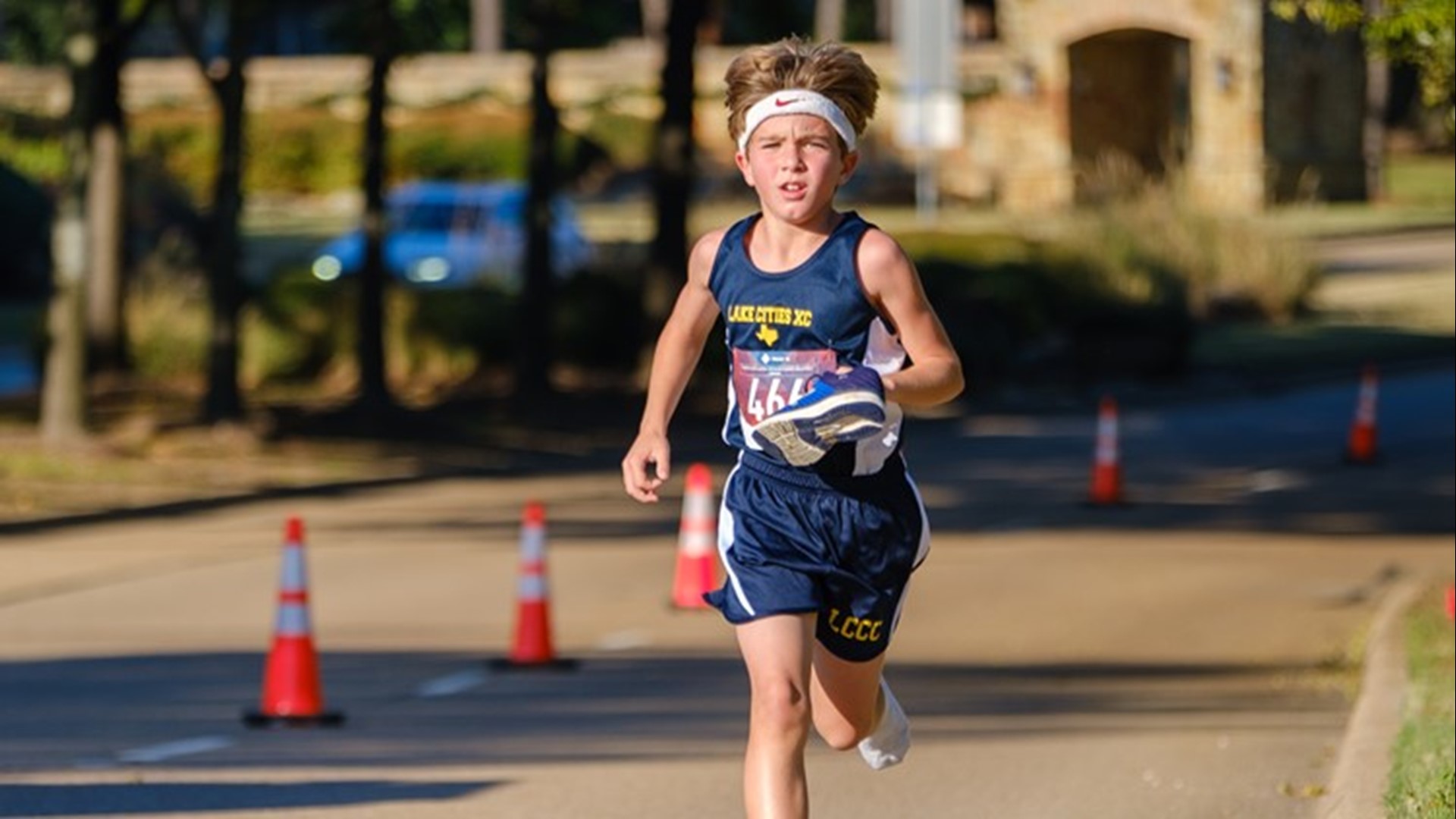 FLOWER MOUND, Texas — A single photo can travel around the world. An 8-year-old boy from Denton hopes one photo that captured his determined gesture to his beloved grandpa just might make its way to heaven, too.

Logan Smith is an avid runner. He competed in his first race when he was just 2 years old.

“He got mad because he didn’t win,” his dad Craig Smith laughed.

He got some of his love of running from his grandpa, James Carey Smith. Everyone called him Jimmie.

But three weeks ago, Jimmie’s wife wondered why he wasn’t getting dressed for church.

“That Sunday morning,” Craig said, “she went in to see why he hadn’t gotten ready for church, and she found him sitting in the recliner with his Bible in his hand.”

Jimmie Smith was 71 years old. His family says a sudden heart attack is the presumed cause of his death.

But Logan had a 5K race to run just a few days later. They considered letting him bow out, not wanting a grieving grandson to endure a grueling race.

“I was worried that he would give up,” his mom Diana Smith said. “But I should have known that he would finish because that’s just the way he is.”

“Because my Dad was a lifetime runner, it meant a lot for him and he wouldn’t want him to miss it over him,” he said.

So, Logan put on one of the headbands his grandpa often wore in the road races he’d competed in over the years and planned to set a personal best in his grandpa’s memory.

“To make him proud,” said Logan.

But then, halfway through the 3.1 miles, disaster struck.

But instead of stopping to put it back on, fearing it would slow him down too much to set that personal best, he just picked it up and kept running with only a sock on his left foot.

He beat his personal best time by 1 minute and 29 seconds.

“It was awesome to watch,” said Brad Lutz, his coach at Lake Cities Cross Country. “For a kid at age 8 to have that kind of devotion and respect and love for somebody, that’s just an incredible thing in and of itself.”

“He’s tough and he’ll fight through anything. When he’s got his heart set he can do anything,” Craig said.

Logan doesn’t talk all that much. He lets his running do that for him. And the trophy he won that day for finishing first in the 9-years-old and under age group speaks volumes, too. He took it to his Grandpa’s memorial service that same afternoon.

“He’s a strong runner, he’s got a passion for it and he got it from my Dad. It just all came together and made me extremely proud,” Craig said.

And they would like to think that a very proud Grandpa Jimmie is out there somewhere watching too.