A little girl named Katelyn and her brother Elias decided to sell lemonade, and everything was going fine until a girl stole their tip jar. 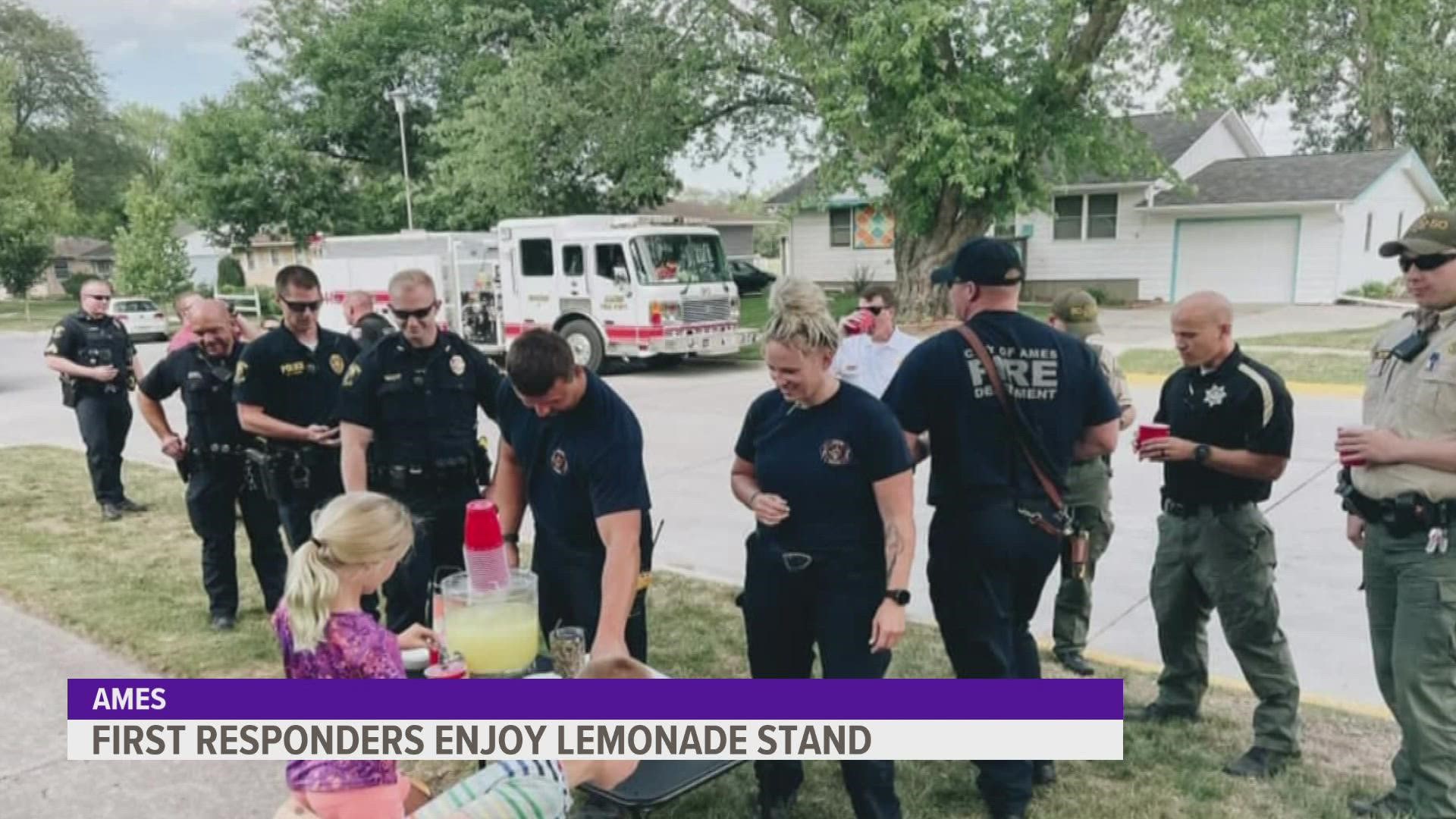 A pair of Ames kids are all smiles after a frustrating encounter.

A little girl named Katelyn and her brother Elias decided to sell lemonade, and everything was going fine until a girl stole their tip jar.

Luckily, first responders heard about the story. Ames police and fire departments, Iowa State University and the Story County Sheriff's Office all came out to support the stand.

"They could've very easily shut that lemonade stand down because they were scared and they chose to keep it open to keep serving people," Karen Smidt said. "And then to see 18 people walk up, they were so excited to just get the lemonade rolling and get it served. It was amazing like their support and just taking these kids emotional state to a whole new level it was phenomenal  "

Katelyn and Elias reopened their stand Tuesday afternoon. They have now raised more than $1,000, which they plan to donate to the Shop with a Cop program.

Online donations can be made to @karen-smidt-1 on Venmo.

Check out this update! Donations to the lemonade stand have surpassed $2,500