‘Be thankful for what you got’: Metro Atlanta custodian expands her giving closet to help more students and community

TUCKER, Ga. — Carolyn Collins’ heart may be as big and full as her care closet. We first brought you her story in 2017 and it went viral. “If yo... 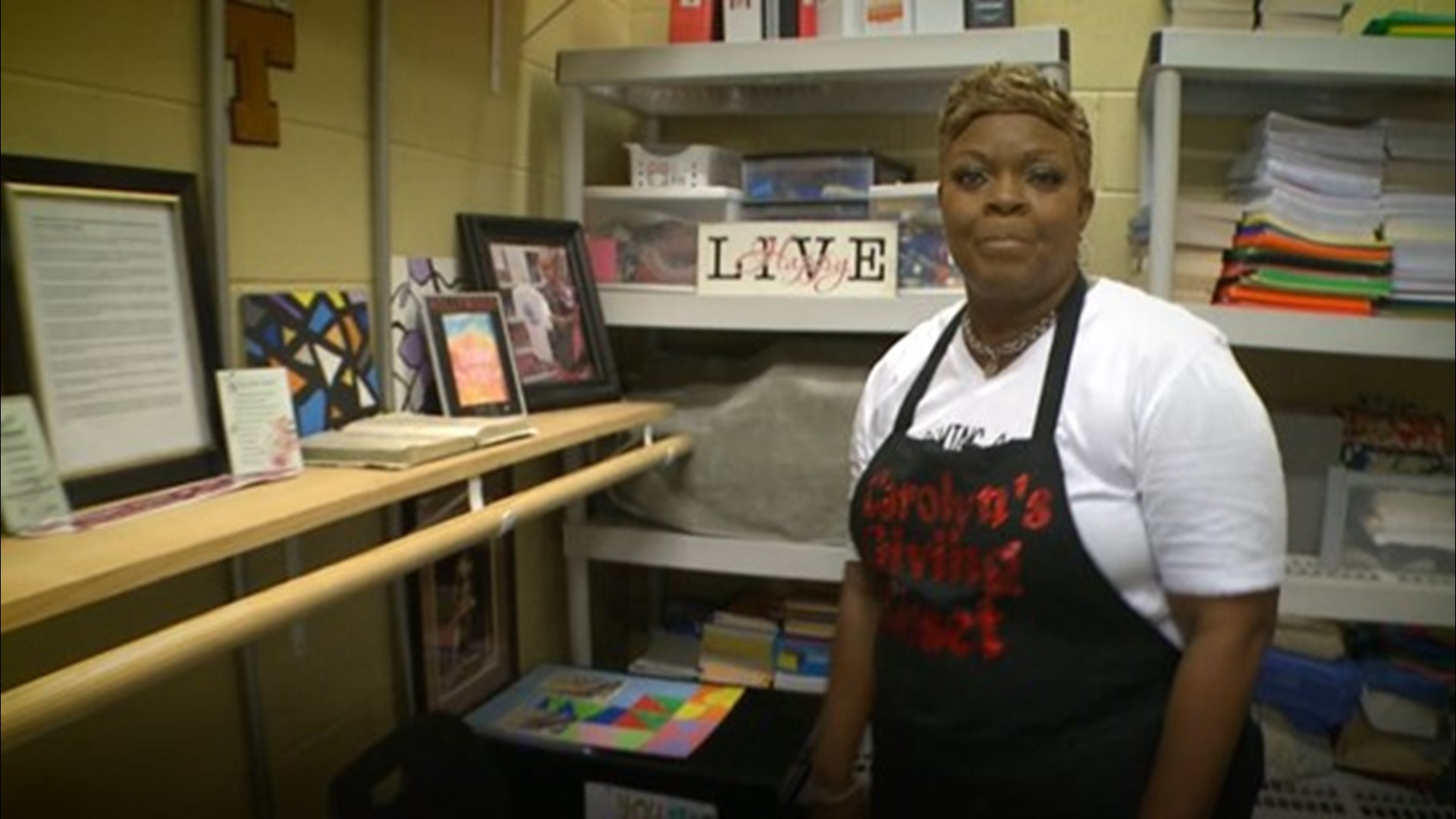 TUCKER, Ga. — Carolyn Collins’ heart may be as big and full as her care closet.

We first brought you her story in 2017 and it went viral.

“If you see a child always with their head down with the same clothes on repeatedly day after day, you know, let me know,” she said then.

Collins is a custodian at Tucker High School.

She started collecting and giving out clothes, school supplies, even food for students that need it after she came across some students who were homeless.

“She [a student] said we’ve been sleeping in our car. I said, oh my God, Collins mentioned.

So, Collins decided to go into her pockets and eventually started Carolyn’s Giving Closet.

A storage closet near the cafeteria stocked with the essentials.

“It took me pretty much like two years to get it like I wanted to get it. To get it stocked up to where it is now. Because I’ve been doing this since about 2014,” she explained.

She said she was also inspired by the death of her son, who was killed during a home invasion.

She even made a trip to Los Angeles to visit the Steve Harvey show. Harvey surprised her with a shopping spree for her closet along with money for Collins to spend on herself.

“I’m still the same person. Now, just a lot of the community is involved. Churches are involved. The school is involved. I got the best principal,” she said with a big smile on her face.

Collins said her closet has grown since our first story and says she helps kids not only at Tucker High, but other surrounding schools.

She continues to tell her story and is hoping to get the attention of Ellen DeGeneres.

“Ellen, I love you! I want to be on your show so I can come on and dance with you Ellen,” Collins said dancing.

Collins said her dreams are to expand and one day open a warehouse or building to stock and give out supplies.

If you are interested in donating, you can reach out to Tucker High School.