Tanner Onder was diagnosed with cancer at just eight years old. At the end of his treatment, he began to show signs of hearing loss that kept getting worse. 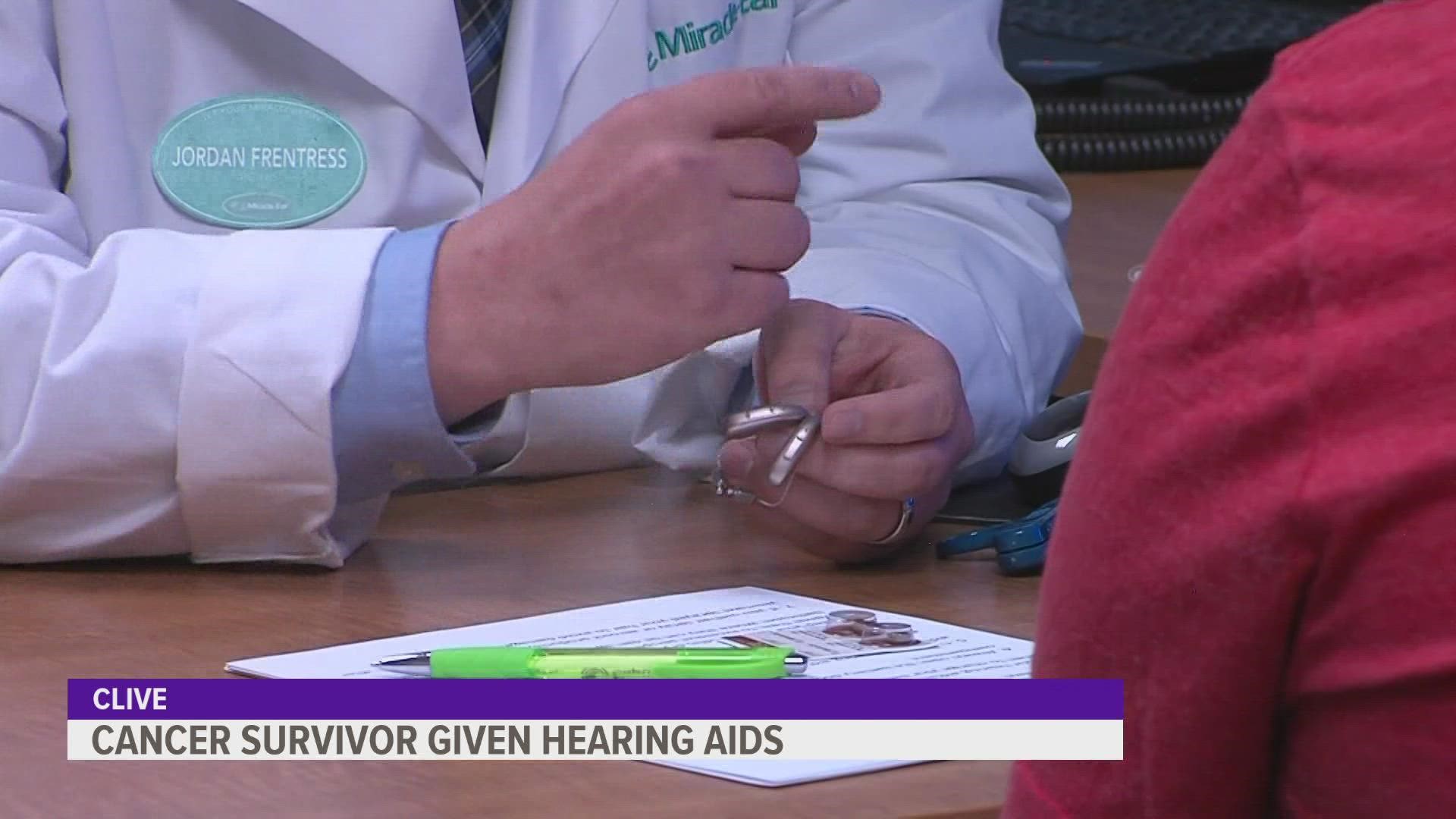 CLIVE, Iowa — A cancer survivor from Clive has one more thing to be grateful for.

Tanner Onder, 21, was diagnosed with brain cancer when he was eight years old.

While he's been cancer-free for 12 years, his journey to remission included nine surgeries, 30 rounds of radiation and nine rounds of chemotherapy.

By the end of the treatment, Tanner began to show signs of hearing loss, which got progressively worse. His mom Lisa describes Tanner as "a fighter," noting he never complained during his childhood surgeries or cancer treatments.

However, she said it's "heartbreaking" to watch her son go through all of this. Tanner would confide in his mom about his struggle with hearing.

That's why Tanner's grandmother, who wears hearing aids from Miracle-Ear, told her grandson about the Miracle-Ear Foundation.

The foundation provides qualified patients with free hearing aids and a lifetime of follow-up services at no cost. More than 30,000 hearing aids have been donated to more than 16,000 children and adults across the country.

On Tuesday, Tanner received his own.

"I'm just very excited that I don't have to yell at him anymore," Lisa laughed. "He's been wanting this for a long time. You know, when your son calls you at work crying because he's got ringing so loud in his ear that he can't focus... you know, that breaks a mom's heart."