"It's really cool to be a girl dad right now. The glass ceiling is shattered," dad Tristan Tapscott said. 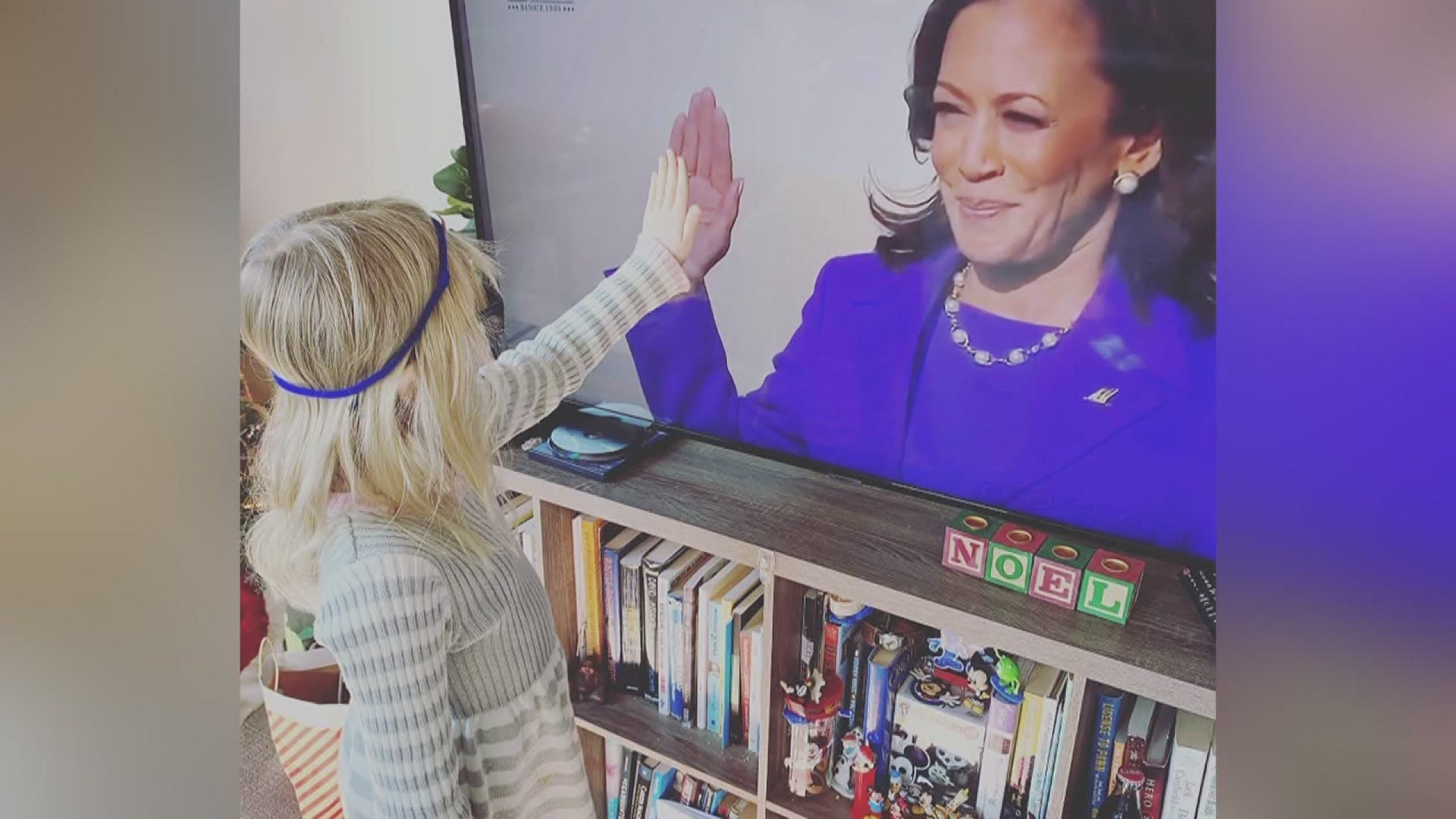 COLONA, Illinois — Wednesday's inauguration was a big day for young women around the country and for girls right here in the Quad Cities, witnessing the first female become Vice President of the United States.

"Girls can do anything," asserts Colona six-year-old Harper Tapscott.

It's a message her dad, Tristan Tapscott watched play out in real time before the eyes of his daughter while she watched now Vice President Kamala Harris' swearing in. That's when it happened.

"I was just going to get a picture of her watching it, and then she put up her hand. I was so happy I caught that moment because she didn't do it again, but it was such a spur of the moment thing, and sometimes you capture forever moments," says Tristan.

"When we look back on it, I think it's really cool that kids her age are never not going to know a time when we had a woman vice president. They're going to be like, 'dad, what are you so emotional about, that's always been that way,' because they're young enough now it's just going to be a thing. It's really cool to be a girl dad right now. The glass ceiling is shattered," says Tapscott.

Watch out for the glass because Harper knows she can be anything she wants to be when she grows up. Her dad's preached it. And now she's seen it.

"There are no limits on what anybody can do, and I think we are close to getting to that place, and I think today was a big step forward for all little girls," says Tristan.

And girls, if you haven't heard it yet, take it from Harper.

"You can do anything," says Harper.

Harper says now that we have a female vice president, she hopes to see a female president sometime soon.