Diane and Robert E. Findlay started sending books to inmates as part of their service project. They wanted to do this as a way to show those inmates someone cares. 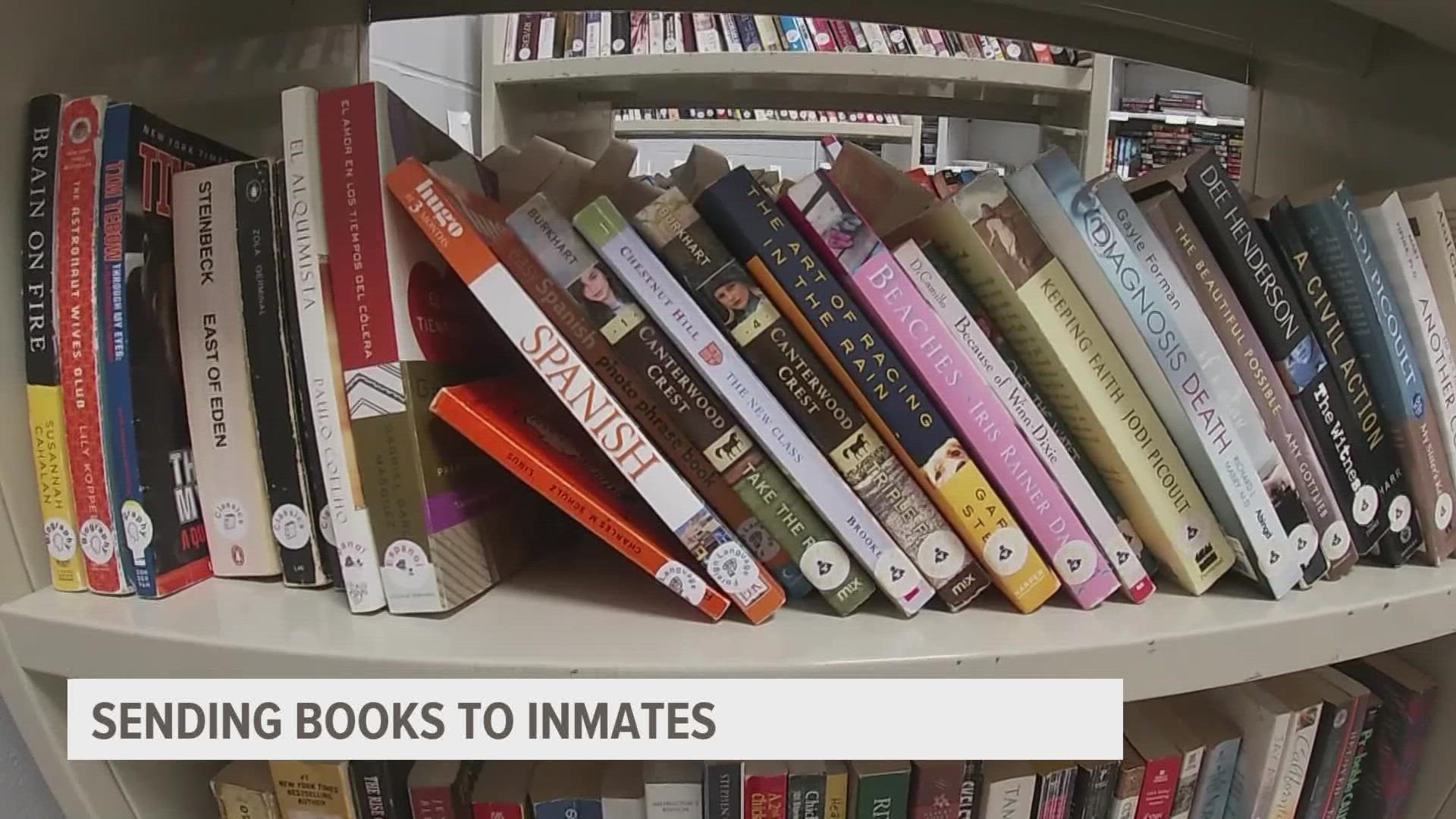 DALLAS CENTER, Iowa — For Diane and Robert E. Findlay, showing kindness is as simple as looking past what a person has done.

The two are donating books to the Dallas County Jail, but making the experience personal for inmates. They got the idea to send books to the jail from their faith-based book club during the pandemic.

The Findlays thought it was a good idea since they felt like inmates were a group of people who were being overlooked.

"These are people who at various levels and for various reasons have made mistakes and they have a lot of time on their hands," Diane said. "If we can help them use that time constructively ... that's a good thing."

To make the experience personal, the couple gave surveys to the jail staff to distribute to those behind bars. The surveys asked what kind of books the inmates were interested in reading.

"People were interested in every genre we presented, and there was like 21 of them from poetry to westerns and self-help and language … So we are working at trying to get all of those genres," Robert said.

From that survey, Robert and Diane discovered one person wanted to learn Spanish, so they made sure to include a Spanish book along with the other books sent to the jail.

RELATED: Public records, like jail booking photos, can linger in Iowa after charges are dropped or a not guilty verdict

In the jail's library room, the couple has three carts of books they have donated. The books come from different local libraries, book stores and community members.

The books are swapped out every few weeks.

"The inmates have something to look forward to, they have something to do," Adam Infante, chief deputy at the Dallas County Sherriff's Office, said. "Idle minds cause problems sometimes and they're busy with that, which makes everybody a little less tense."

To make sure books are constantly changing, the couple is accepting donations from others in the community. You can contact Diane and Robert E. Findlay by emailing wordsmith418@gmail.com.